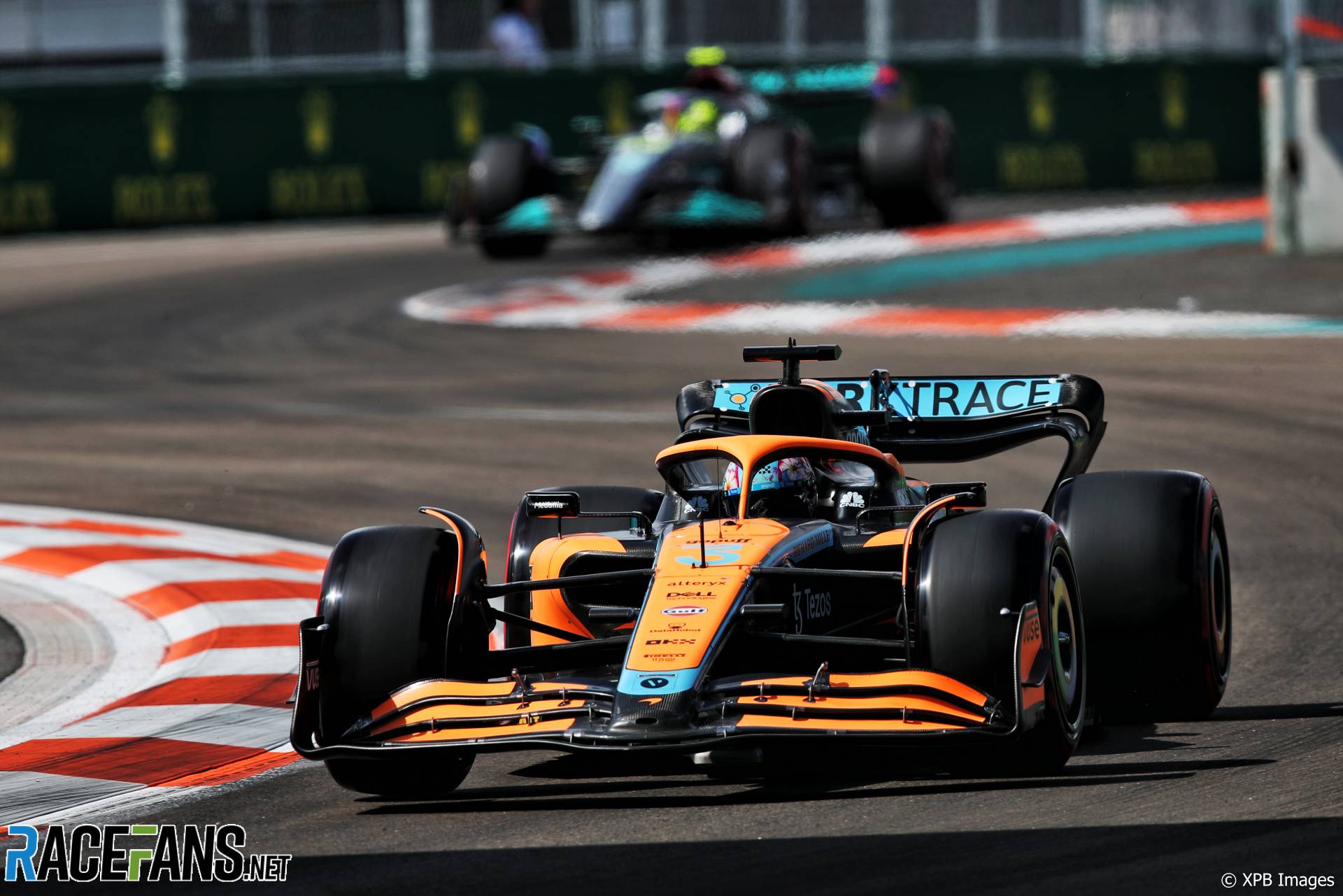 Daniel Ricciardo has been given a five-second time penalty for leaving the track and gaining an advantage during the Miami Grand Prix.

The stewards ruled the McLaren driver cut the track at turn 12, which allowed him to keep his position ahead of Kevin Magnussen.

After examining video of the incident the stewards ruled that: “Although car three [Ricciardo] was in front of car 20 [Magnussen] going into turn 12, it was only able to retain that position by leaving the track and returning to it alongside car 20 then used its speed to pull ahead.”

Ricciardo originally finished the race in 11th position. His penalty drops him to 13th, promoting Lance Stroll and Yuki Tsunoda.

The McLaren driver was also given a penalty point on his licence, putting him on a total of two for the current 12-month period.

Magnussen collected a five-second time penalty as well, after the stewards ruled he was responsible for a collision with Lance Stroll.

“Car 18 [Stroll] was ahead going into turn 11 and car 20 [Magnussen] made contact forcing car 18 off the track,” ruled the stewards. “The driver of car 20 was wholly to blame for the collision.”

The penalty made no difference to Magnussen’s result as he retired in the pits at the end of the race. The Haas driver was also given his first two penalty points of the season for his role in the clash.