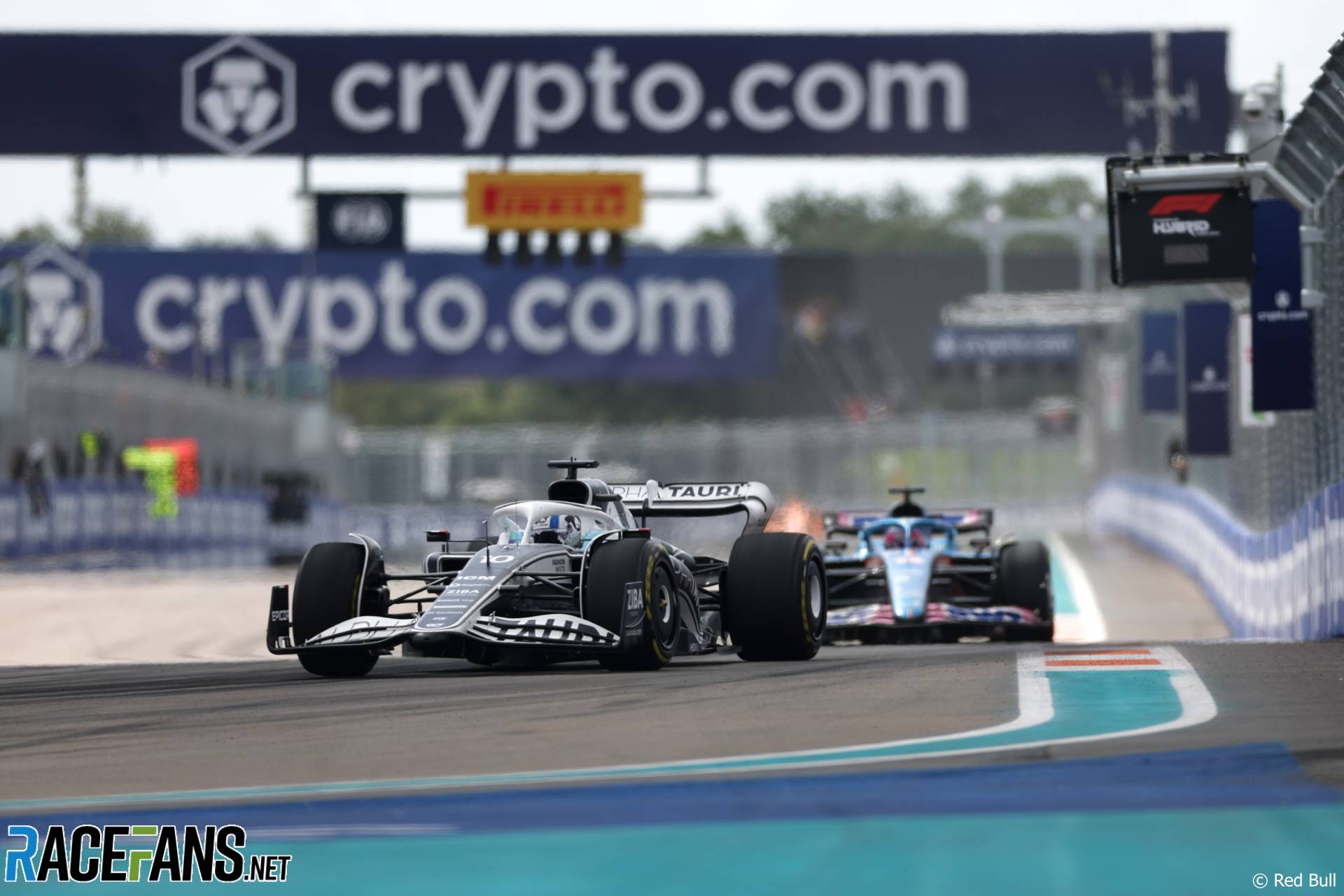 The Alpine driver collected the first penalty during the race for his collision with Pierre Gasly. Afterwards he was given a second for leaving the track and gaining an advantage.

Alonso and Gasly made contact at turn one when the Alpine driver tried to pass his rival on the inside of turn one. The stewards ruled “car 14 was not entitled to receive racing room” from Gasly.

Drivers were given updated guidance on the rules of racing prior to the start of the 2022 F1 season. It stated that “in order for a car being overtaken to be required to give sufficient room to an overtaking car, the overtaking car needs to have a significant portion of the car alongside the car being overtaken and the overtaking manoeuvre must be done in a safe and controlled manner, while enabling the car to clearly remain within the limits of the track.”

Alonso received a five-second time penalty during the race which dropped him from eighth to ninth behind his team mate Esteban Ocon. At the end of the race Alpine told Ocon to hold up the cars behind him in order to reduce the number of places Alonso lost.

After the race Alonso was given a second five-second time penalty. The stewards ruled he “left the track at turn 14 and gained a lasting advantage.” He was given a total of three points for the two incidents.

The additional penalty dropped Alonso from ninth place to 11th. Lance Stroll, who originally finished 12th, was therefore promoted to the final points position, Daniel Ricciardo also having been penalised.

The stewards also investigated Alonso for another occasion on which he left the track four minutes later, but decided to take no action.

The stewards decided no action was needed for another collision which occured at turn one, involving Mick Schumacher and Sebastian Vettel.