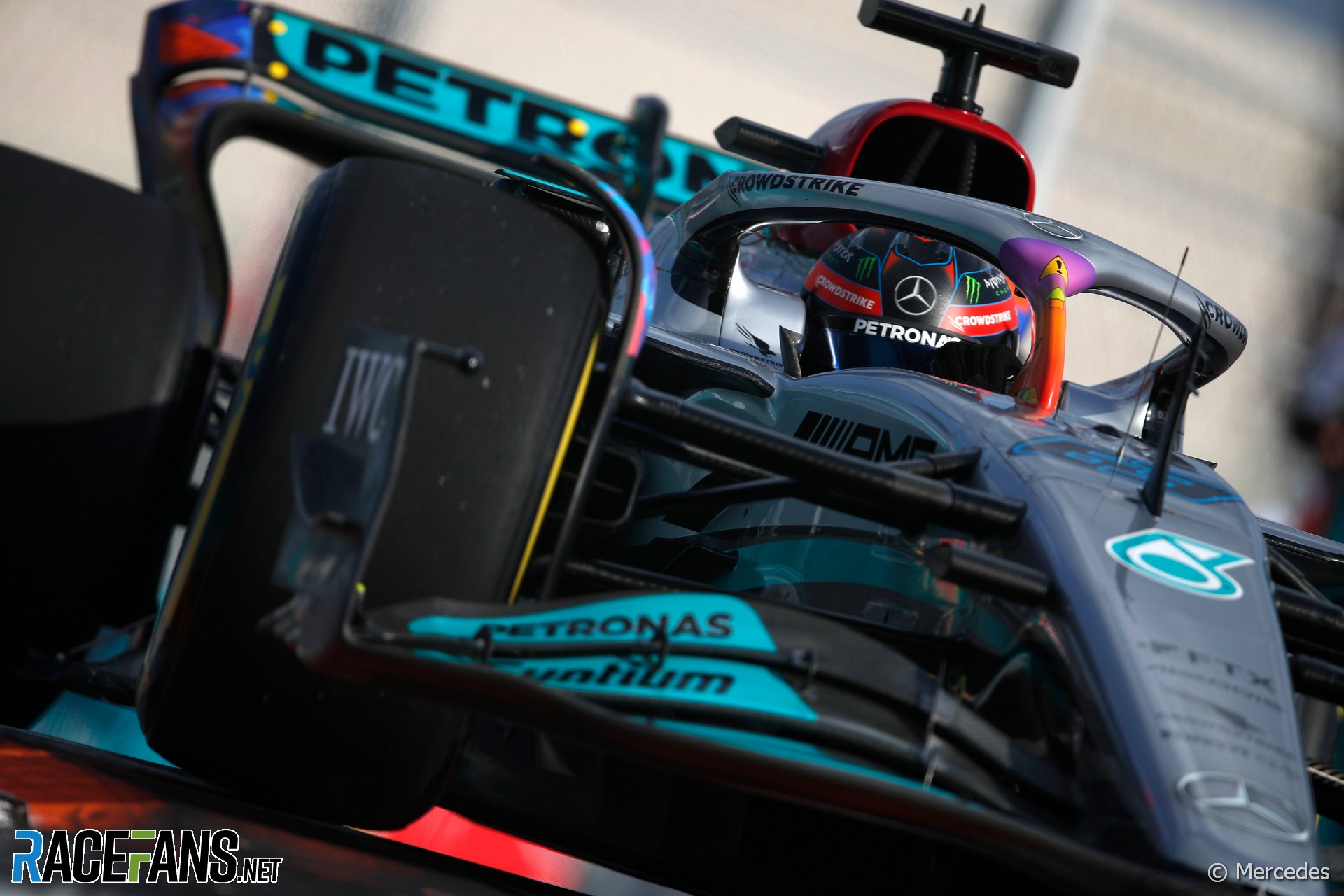 George Russell says he “got a bit lucky” after a convenient Safety Car helped him to finish fifth in the Miami Grand Prix after starting 12th.

A very long opening stint on the hard tyres saw Russell gradually make his way through the field when rivals ahead pitted until he was in fifth position, the highest-running driver yet to make a stop.

When Pierre Gasly and Lando Norris collided, bringing out the Virtual Safety Car, Russell was on the back straight approaching the pit lane, allowing him to immediately pit for fresh mediums and rejoin in seventh behind team mate Lewis Hamilton. After the Safety Car was deployed and the race eventually restarted, Russell would later pass both Hamilton and Valtteri Bottas to finish fifth.

Russell says he and Mercedes had decided to extend his first stint as long as they could in the hope that an eventual Safety Car intervention would allow them to pit and gain track position.

“I think it was a little bit fortunate,” Russell admits. “You sound like a bit of a genius when things like that happen. But that’s the case when you’re on an offset strategy.

“We had P7 covered. There was no point to pit, we may as well have just stayed out there and hope that something like that would happen and we got a bit lucky today.”

Having started on the hard tyres, Russell lost three places on the opening lap to those around him on mediums. “Those opening laps were really tough,” he explained. “I got completely swallowed up on lap one and I just knew I needed to stay out of trouble.”

He took the chequered flag in fifth place ahead of Hamilton. The result ensures Russell has finished all five races of the 2022 season inside the top five positions. Asked if fifth and sixth are the highest places Mercedes can aim for at present, Russell said “yes and no”.

“Five and six is where we deserve to be,” he said. “Obviously, we’ve probably underperformed at some of the circuits, especially on Saturdays, which makes it difficult for us.

“But for sure this weekend is where we’ve shown the most amount of promise. But we’re a long way a long way off still.”