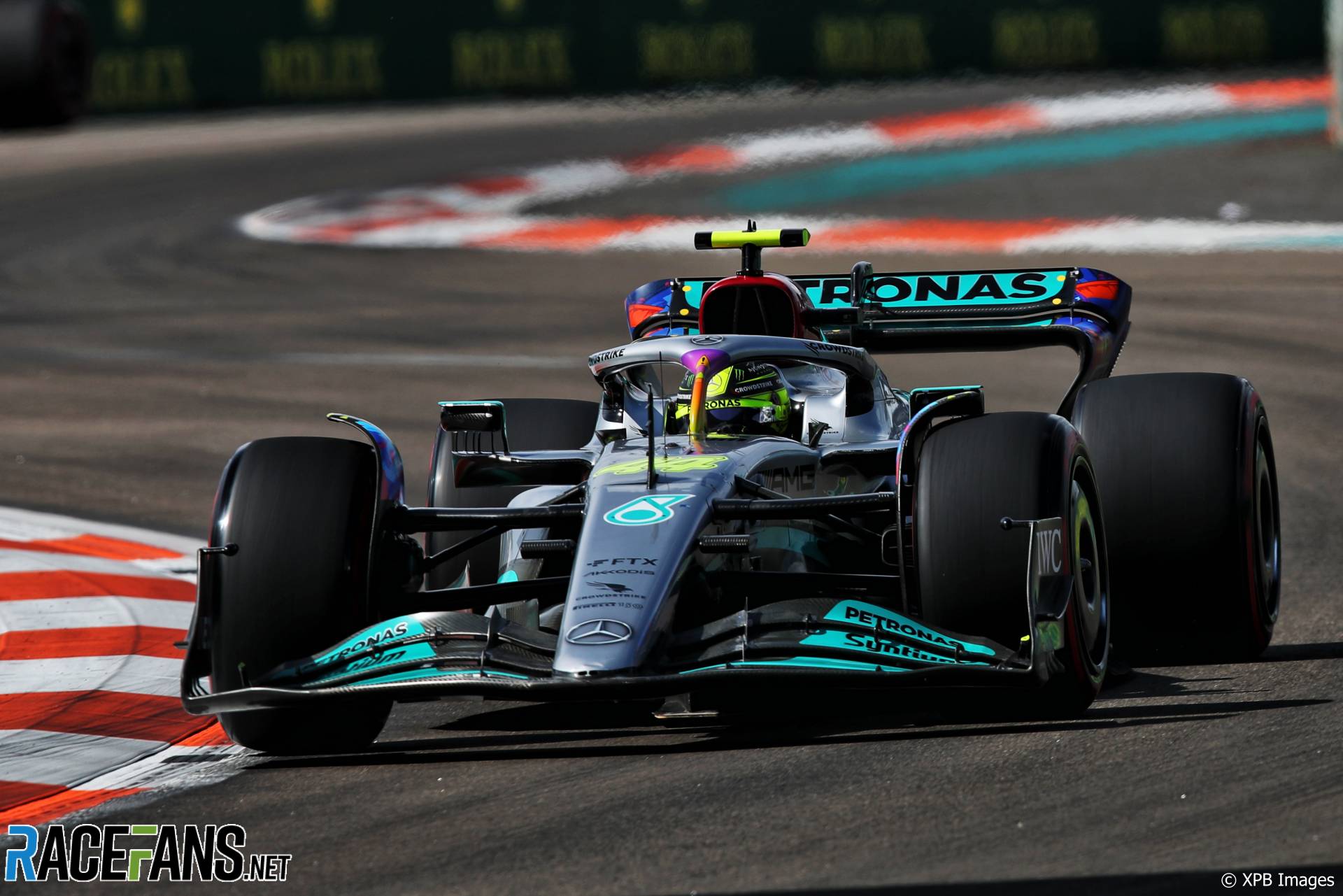 Mercedes team principal Toto Wolff believes the return to a track the team has run at already this year will help them make further gains with their troublesome car.

Lewis Hamilton and George Russell have been plagued by porpoising in their W13. The team appeared to experience a breakthrough in Friday practice for the Miami Grand Prix, but slipped back to its usual position in qualifying and the race.

Wolff said they had “the third quickest car” last time out and “extracted the maximum points possible” with it.

“During Friday practice, the car showed flashes of its true potential,” Wolff explained. “We continued experimenting with set-up, fitted some new components and that’s provided us answers and indications of which direction to go in.”

This weekend the team will return to the scene of this year’s first test. Mercedes ran a conventional sidepod design during that three-day event, before introducing its radical ‘zero pod’ construction in Bahrain.

Wolff said they gained useful information from Miami ahead of the Spanish Grand Prix.

“A huge amount of hard work has been going on in the factories to unpick the data from Miami and turn it into improvements for Barcelona,” he said. “Having run there in winter testing, albeit with a car that has evolved a lot since then, it will be a good place to correlate the information we have on the current car and we’re hopeful that we’ll make another step forward.”

Turn 10 at the Circuit de Catalunya was slightly altered last year which Mercedes believe made overtaking even harder at a venue where it was already difficult. Wolff is hoping the new generation of F1 cars can race more closely at the circuit.

“The track itself is a good all-rounder, so it really puts every aspect of the car to the test,” he said. “It’s never been a great track for overtaking so it’ll be interesting to see how these new-shape 2022 F1 cars impact the on-track spectacle in Spain.

“In basketball terms, we head to Barcelona at the end of the first quarter of the game. We know that once we translate the learnings we’ve made into track performance, there’s still a lot of the game left to play.”

23 comments on “Mercedes hopeful of “another step forward” in Spain”