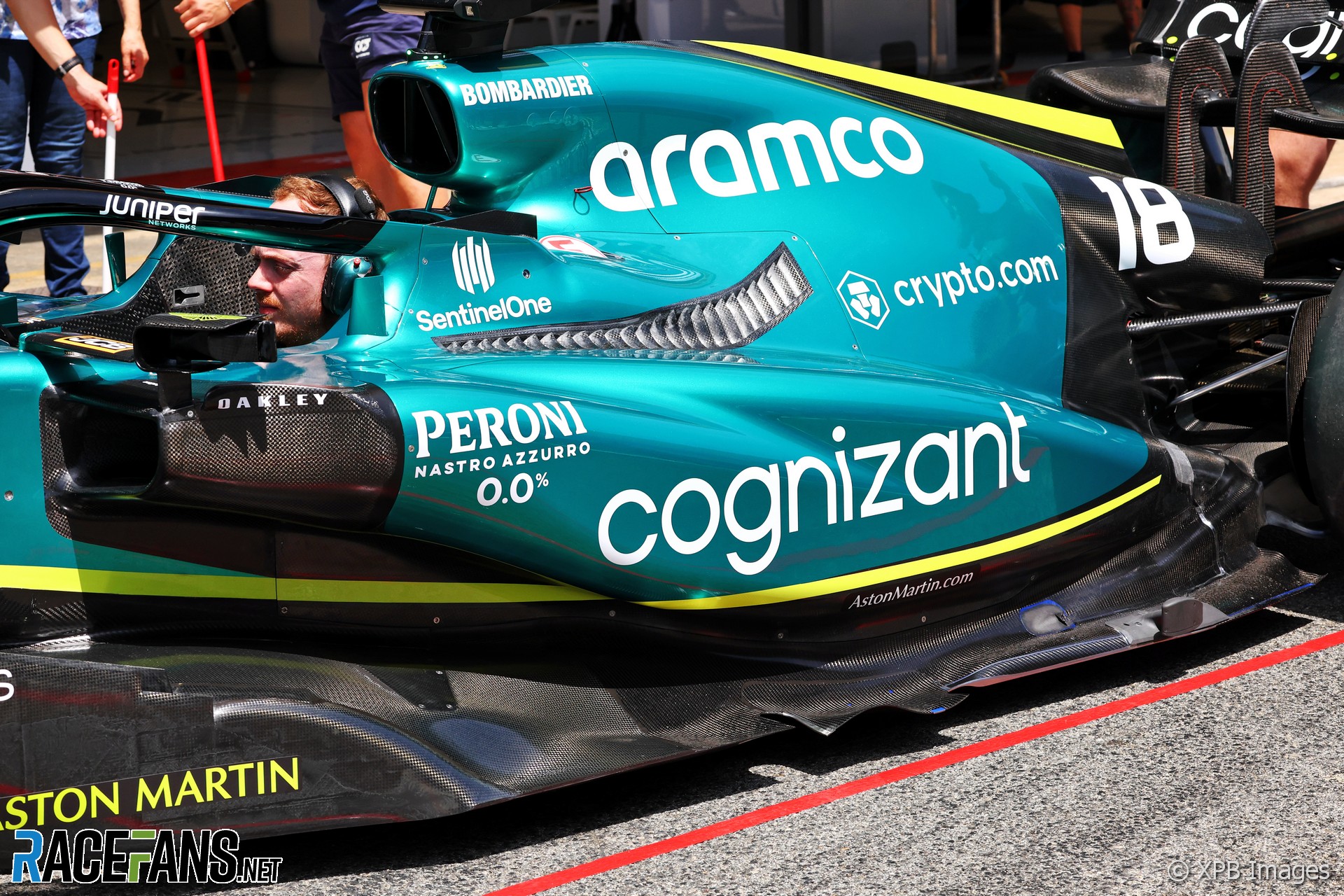 The FIA says it has no legality concerns over the upgrade Aston Martin has introduced to its car for this weekend’s race.

“Copying is the biggest form of flattery,” Horner told the BBC. “It’s quite a thing to instruct your team to come up with a very close-looking clone of our car.”

Horner pointed out Aston Martin have also hired several ex-Red Bull staff. They include head of technical operations Andrew Alessi and head of aerodynamics Dan Fallows, though the latter only arrived at Aston Martin last month, long after work on the upgrade would have begun.

“Of course a few people have moved over the winter period,” said Horner. “What you can’t control is what they take in their heads.

“But obviously what would be of grave concern to us is if any IP [intellectual property] had in any way changed hands. So that’s why we rely on the FIA to do their job, to do their research, to do the checks, they have all the access, and we’ll be relying on them heavily to ensure that no Red Bull IP has found its way into that car.”

An Aston Martin spokesperson said the team had co-operated with the FIA’s inquiries over how the upgrade was produced. “We have shared details of our update with the FIA technical people. Having analysed the data and the processes used to create the update, the FIA has now confirmed in writing that our update was generated as a result of legitimate independent work in accordance with the Technical Regulations.”

The FIA confirmed it had noticed the similarities between the two cars and taken steps to confirm Aston Martin had produced its own designs without obtaining any information from Red Bull in contravention of the rules.

“The FIA carried out a routine pre-event legality check of the planned aerodynamic upgrade of the Aston Martin team for the 2022 FIA Formula 1 Spanish Grand Prix,” it said in a statement. “During this process, it became apparent that a number of features on the Aston Martin resembled those of another competitor.

“The FIA therefore launched an investigation to check compliance with Article 17.3 of the Technical Regulations, and in particular the topic of “Reverse Engineering” and potential illicit IP transfer.

“Both teams collaborated fully with the FIA in this investigation and provided all the relevant information. The investigation, which involved CAD checks and a detailed analysis of the development process adopted by Aston Martin, confirmed that no wrongdoing had been committed, and therefore the FIA considers that the Aston Martin aerodynamic upgrades are compliant.

“Article 17.3 [of the technical regulations] specifically defines and prohibits ‘reverse engineering’, i.e. the digital process of converting photographs (or other data) to CAD models, and prohibits IP transfer between teams, but equally, this article permits car designs getting influenced by those of competitors, as has always been the case in Formula 1. In the analysis we carried out we confirmed that the processes followed by Aston Martin were consistent with this article’s requirements.”

Red Bull said they “noted the FIA’s statement with interest”.

“While imitation is the greatest form of flattery, any replication of design would obviously need to comply with the FIA’s rules around ‘reverse engineering’,” they continued. “However, should any transfer of IP have taken place that would clearly be a breach of regulations and would be a serious concern.”