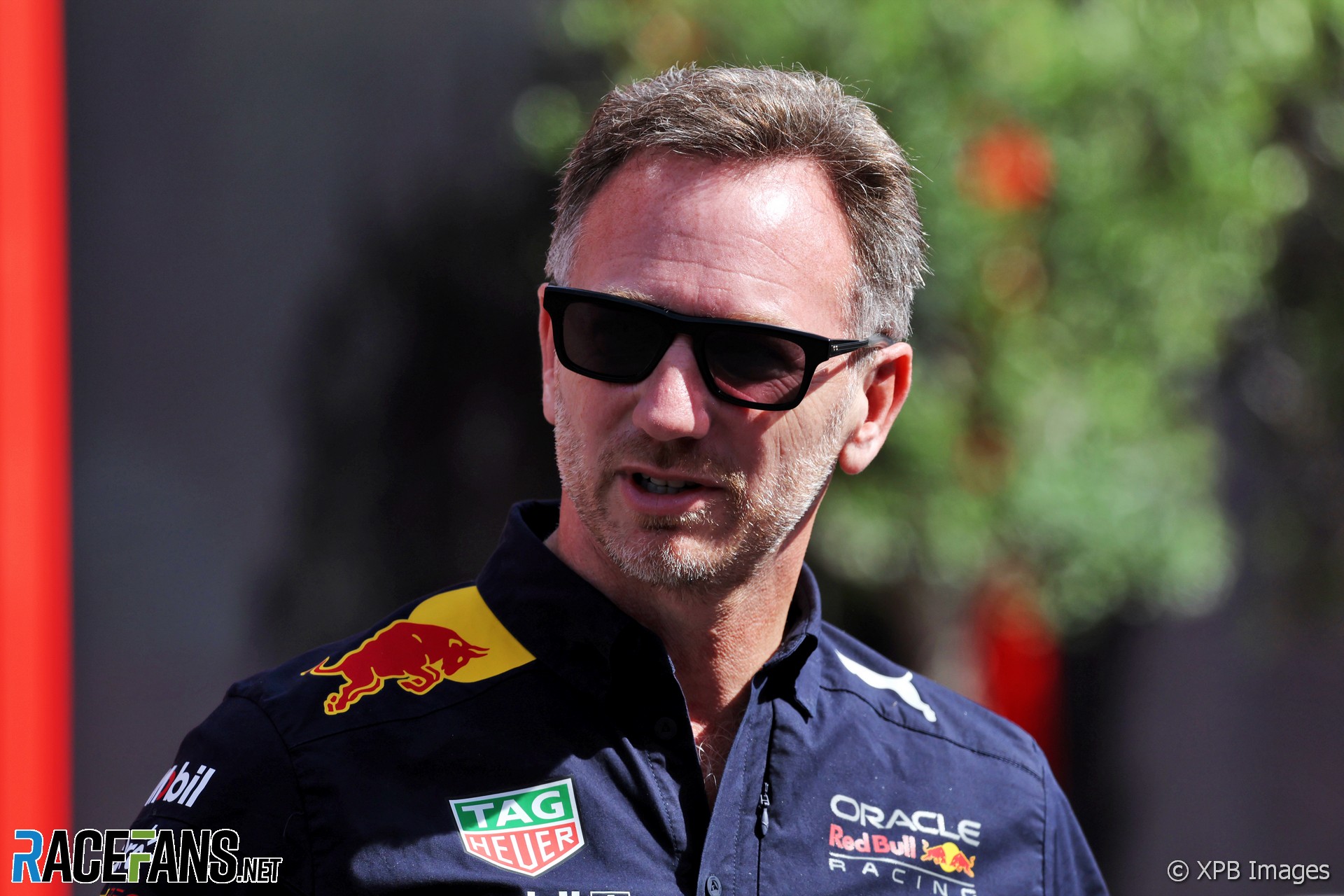 Red Bull team principal Christian Horner is planning an internal investigation to discover whether Aston Martin received information on the design of their RB18.

Aston Martin turned up at the sixth round of the championship with an upgraded car bearing several striking similarities to the Red Bull. Horner suggested Aston Martin had copied the RB18, but the FIA confirmed the team had shown they had designed the new parts.

“They’ve followed a timeline and they’re accepting of what Aston Martin have presented here,” Horner told Sky. “Of course if any evidence of foul play came to light, it becomes a different issue.”

Despite the FIA’s assurances, Horner is concerned his team’s intellectual property could have been acquired by Aston Martin. The team has recruited some Red Bull team members over the past 12 months.

The FIA originally alerted Red Bull to their rival’s development, said Horner. “It was brought to our attention actually by the FIA earlier in the week where they said ‘we’ve got a car that looks remarkably like yours, can we have a list of your leavers to see where they went?’ So of course, that immediately raises alarm bells.

“What is permissible, and we see it up and down the paddock, individuals move from team to team after a garden leave period, what they take in their head, that’s fair game. That’s their knowledge.

“What isn’t fair and what is totally unacceptable, which we wouldn’t accept, is if there has been any transfer of IP at all.”

Horner declined to say whether he had any evidence this had happened. “I’m not going to disclose exactly where we are with certain individuals.

“But it would be a criminal offence because IP is a team’s lifeblood. It’s what we invest millions of pounds into and you wouldn’t want to see that just turning up in a rival organisation otherwise we may as well franchise it, we may as well be able to sell aerodynamics.”

He said the team will examine whether any information may have ended up in its rival’s hands. “We will have an internal investigation,” said Horner.

“But I think that it’s the job of the regulator, the FIA, because they have the access and we rely very much on them to ensure that there is no transfer of IP, that there has been no abuse of that. So it’s very much their job to go and police that.”

However Aston Martin team principal Mike Krack said the upgrade introduced on their car in Spain had been in progress since the original design was presented in February.

“When we had the launch of the car Andy Green at the time, our CTO [chief technical officer], was already mentioning that we had built in some flexibility in the car to be able to develop along the journey. And this is what we have done at the end of the day.