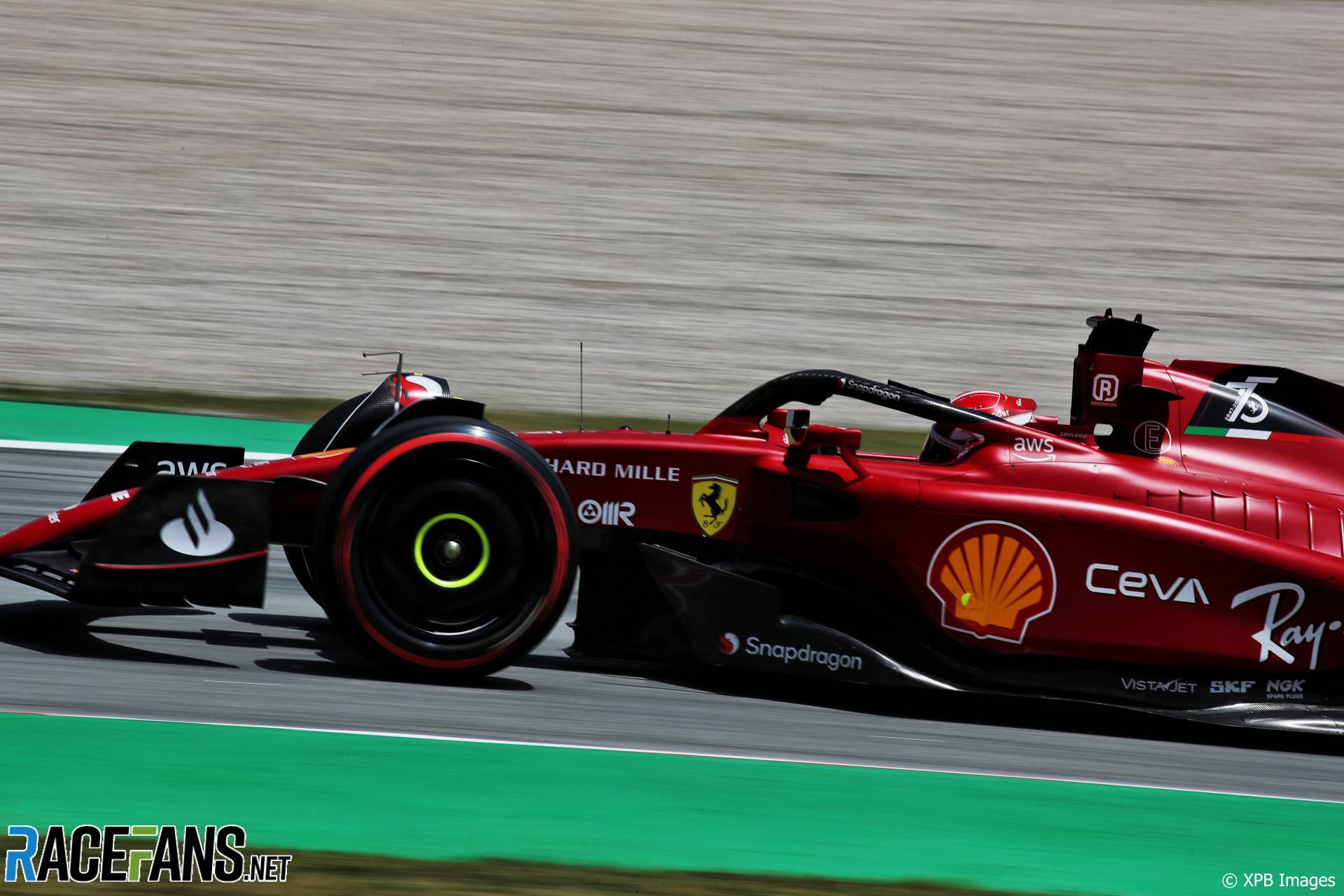 Charles Leclerc completed a clean sweep of quickest times in all three practice sessions ahead of qualifying for the Spanish Grand Prix in Barcelona.

The Ferrari driver’s best time of a 1’19.772 was just 0.072s faster than Max Verstappen’s quickest lap. The Mercedes of George Russell and Lewis Hamilton ended the session in third and fourth, both comfortably within a quarter of a second of Leclerc’s best time.

Circuit conditions were even warmer for the third and final practice session at the Circuit de Catalunya, with ambient conditions at 31C for the final hour.

After McLaren changed Lando Norris’s chassis overnight following floor damage sustained at the turn nine kerbs, Norris was the first driver to set a lap time of a 1’23.641. He was joined on the track by Pierre Gasly, but the AlphaTauri was called back into the pits after the team spotted a problem on his AT03.

Valtteri Bottas wasted no time in trying to make up for the running he lost in second practice, heading out on the soft tyres and going quickest in the early moments.

Mick Schumacher had a scare when his rear right brake assembly caught fire, leading to the Haas mechanics having to spray extinguisher coolant onto his VF-22 when he brought the car back into the pit lane, failing to stop at his pit box with his brakes engulfed in flames. Eventually the fire was brought under control and pushed back into the garage, but it was the end of the session for Schumacher.

Carlos Sainz Jnr used the soft tyres to go quickest, but was replaced by team mate Leclerc not long after. After almost half an hour in the pits, Red Bull finally sent Max Verstappen out for his first run, using the softs to split the Ferraris in second.

Russell used the soft tyres to jump second, almost 0.15s away from Leclerc’s best, before Verstappen squeezed back to second less than a tenth away from the Ferrari. Hamilton put on a fresh set of softs and improved to fourth – ahead of Sainz and Sergio Perez but just behind his team mate.

In the final minutes of the session, almost the entire field took to the track for a last rehearsal for qualifying. However, none of the top runners improved their times, leaving Leclerc quickest of all over all three practice sessions.

Verstappen ended practice second quickest, with Russell behind in third. Hamilton finished the session in fourth, with Sainz and Perez behind him.

Norris ended the session seventh, with Kevin Magnussen eighth for Haas. Bottas took the chequered flag in ninth place, with Esteban Ocon concluding the top ten. After their earlier problems, both Gasly and Schumacher never made it back onto the circuit.