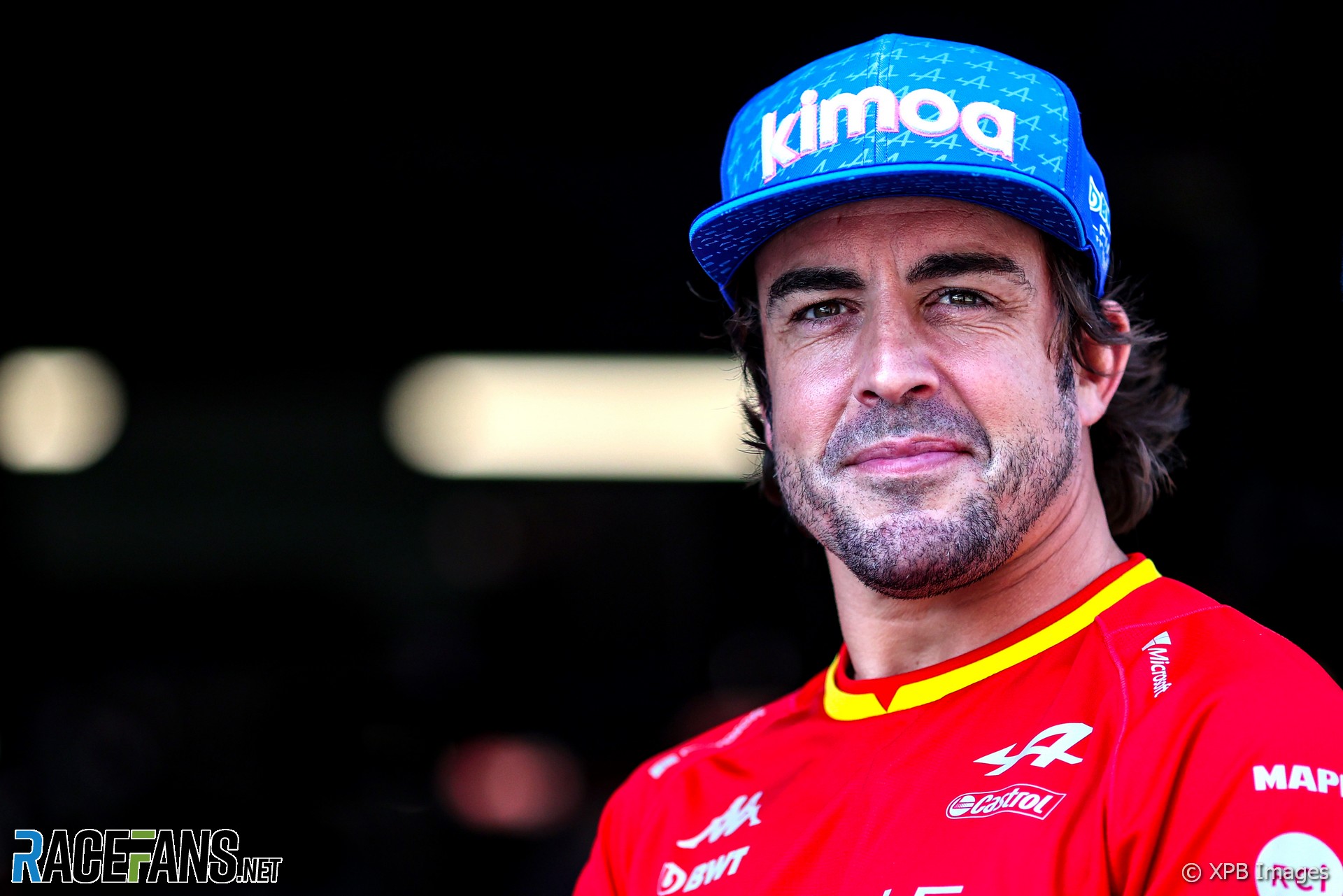 In the round-up: Fernando Alonso admits he ‘cannot say yes or no’ to the question of whether he will race in the Indianapolis 500 again in the future

Alonso unsure if Indy 500 return will happen in future

Fernando Alonso had set himself the target of winning motorsport’s ‘Triple Crown’, including the Indy 500, but is now unsure whether he will return to the race.

The Alpine driver took part in the 2017 edition of the race with McLaren Andretti, leading multiple laps before retiring with engine failure. Despite expressing his desire to return to the race in future, Alonso admits he is fully committed to Formula 1 for now.

“Well, I will see, when the time arrives,” Alonso said. “Right now… my head obviously is totally focused on the race weekend and Formula 1 right now. And I see myself racing here for a few more years. After that, I don’t know.

“I cannot say yes, I cannot say no to the Indy 500. What is for sure is that now, it is not in my head because I’m fully focused here. So that probably was the answer.”

Felipe Drugovich and Zane Maloney have lost their patrial-reverse-grid poles for Formula 2 and Formula 3’s sprint races respectively this weekend after receiving penalties.

Drugovich was hit by a three place grid drop for impeding Theo Pourchaire in F2 qualifying, dropping him to fourth on the grid for Saturday’s sprint race and promoting Calan Williams to pole. In Formula 3, Maloney was disqualified from qualifying after failing to stop at the weighbridge when called. He will have to start from the pit lane for both the sprint race on Saturday and the feature race on Sunday.

Jamie Chadwick took pole position for the W Series race in Barcelona, despite initially looking slightly off the pace.

Jessica Hawkins and Alice Powell were quickly at the top of the times in qualifying, exchanging the best lap in the early stages of the half-hour session, before Sarah Moore and Abbi Pulling became part of the mix fighting for pole. However, with five minutes remaining in the session, it was the two-time W Series champion who set the best lap time of the day – a 1’44.951, beating Powell’s second-placed time by 0.329 seconds.

Traffic in F3 qualifying an inevitability, say Martins and Smolyar

Second and third-placed Formula 3 qualifiers Victor Martins and Alexander Smolyar said that although both their lap programmes were influenced by traffic in the final sector, it was just a characteristic of the Barcelona circuit.

“I would say some guys try to overtake at the latest possible,” explained Martins, saying that it was better for drivers to stay in a queue in the final corners than push for position. “[Qualifying] has been just a disaster on that side. For sure it compromised quite a lot my qualifying. But it’s how it is and it’s the the same for, I would say, 80% of the field.”

Smolyar agreed, explaining that because the MP Motorsport garage is located near the front of the pit lane, he had been hopeful about controlling his track position. “I was quite happy because in Barcelona always sector three is a disaster But my car didn’t start in the first time, so I had to go to the back and then we cannot really do anything about it.

“Everyone is following the same sequence. No one wants do the push lap while everyone is doing cool down laps. So we all have to go,” continued Smolyar. “There were some people trying to overtake just in the last corners. Maybe there can be a rule saying that you cannot overtake, maybe there is something that can be adapted, but it’s always there and will be.”

|@alex_albon was cleared of impeding @Carlossainz55 during second practice. The drivers "agreed that he had taken reasonable action" when he tried to slow down and take avoiding action. The stewards judged his impeding "was not 'unnecessary'."#F1 #SpanishGP pic.twitter.com/PRYXdrinGS

Fernando Alonso after his 'chat' with FIA president Mohammed Ben Sulaymen earlier, following his criticisms of the FIA: "I am very good friends with Mohammed. We all try to improve the sport and that is the aim for everyone."

Tricky strategy for us in Quali to run in the gap, but it worked perfectly for both laps and was quick enough for Pole 😁 Focusing on the race now and chasing points. #F2 pic.twitter.com/VZX0kK0Mm5

"There aren’t a lot of areas left open for IndyCar Series teams to develop as they desire, which makes the appearance of a few new pitot tube designs an interesting thing for tech-minded fans to spot on pit lane at the Indy 500."

"The British-Swede karter will make his single-seater debut with Van Amersfoort Racing later this year once he turns 15, and tested with the team on Thursday and Friday along with 37 runners from the Italian F4 championship."

"In honour of Niki Lauda, who passed away three years ago today, we’ve unveiled a bronze statue which will reside at the McLaren Technology Centre alongside our founder Bruce McLaren and driver Ayrton Senna."

What Does A Spotter Do At An IndyCar Race? (Grosjean via YouTube)

"We are joined by Matt, who spots me on oval race tracks throughout the season and provides me with on-the-spot intel regarding my surroundings when racing."

Will Fernando Alonso achieve his goal of winning that elusive third world championship at long last in the future? Reader Sam wonders if the 40 year old will ever get another genuine opportunity to…

He is my favourite driver but I would much prefer to see him in WEC, IMSA and IndyCar. He is clearly still good, better than Ocon last year and I think this year also when luck is taken into account.

But when is he going to get a decent F1 car? And if he gets one, I cannot see him beating Verstappen. Verstappen is for me the best driver since Alonso. Prime Verstappen and prime Alonso might be equal, maybe even Alonso has the advantages due to less errors and cleaner driving, but Alonso is only close to his peak currently rather than actually at the peak.
Sam