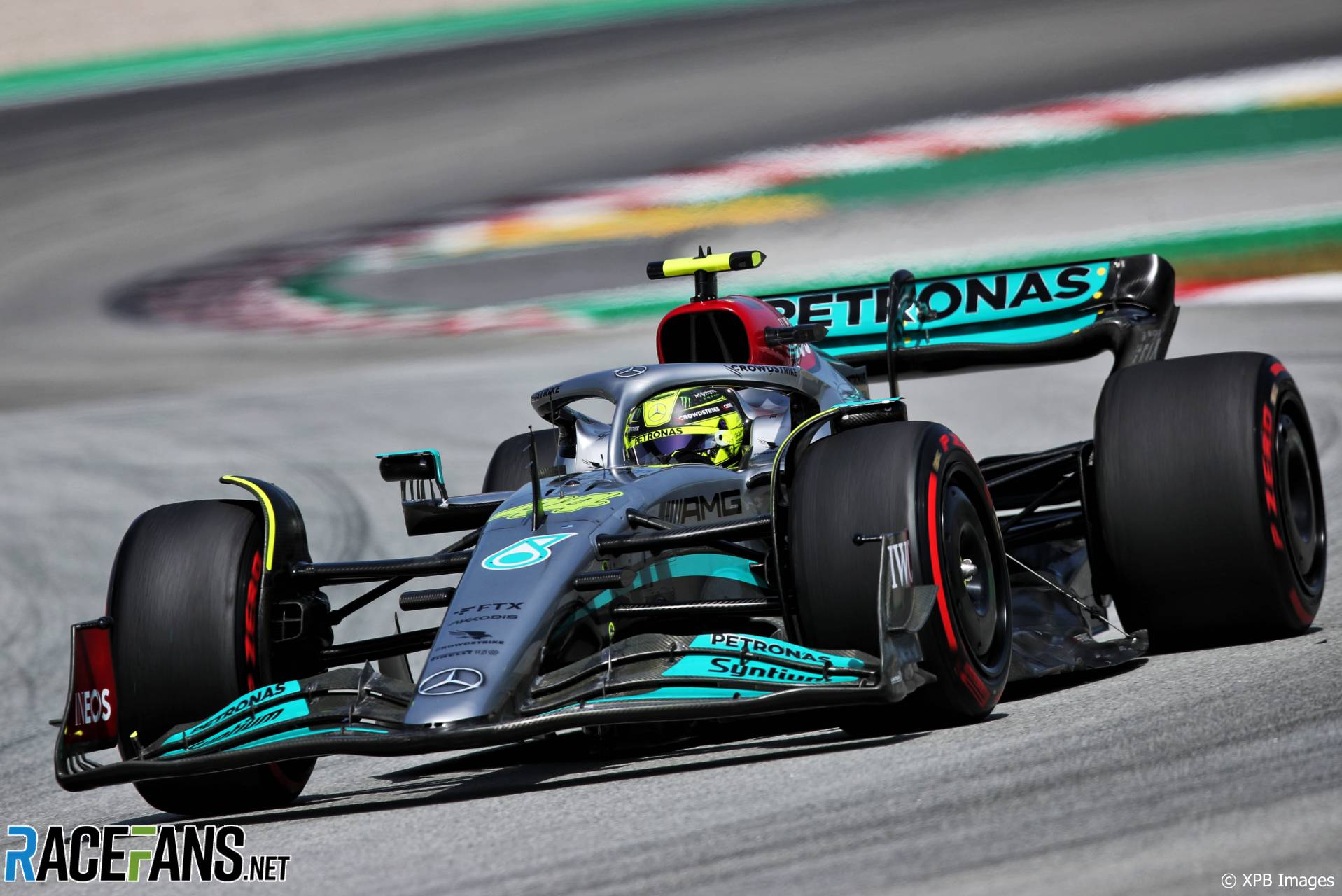 Mercedes’ performance during the Spanish Grand Prix showed the team had “probably the fastest race car today” according to team principal Toto Wolff.

George Russell finished third having held the lead of the race ahead of Max Verstappen at one stage. Lewis Hamilton recovered from a first-lap collision with Kevin Magnussen to finish fifth, despite a power unit problem in the final laps.

The team introduced a significant upgrade for its W13 this weekend which Wolff said has delivered a significant performance improvement. “We are literally learning by doing,” he said. “These regulations have caught us off-guard, in a way, and step by step we’re understanding what we need to do in order to bring that the performance back into the car.

“We’ve seen another big step this weekend, probably we halved the disadvantage to the front-runners. But still, there is lots of way to go in order to be right up there in the fight.”

Wolff was especially encouraged by Hamilton’s recovery drive. “With Lewis we had probably the fastest race car today. It was 15 seconds behind at the end and he caught all the way up, at stages in the race he was the quickest. And that shows the potential that the car has.”

After his experience in Jeddah, where he started 15th and only finished 10th, Hamilton feared he would be unable to score points again in Spain, and suggested it might be better to save the engine. Wolff said his climb into the points was a morale-boosting result.

“The dynamic between the driver and team is something that is so important that it’s clear,” he said. “Having an accident at the early stage of the race and you’re saying to yourself, ‘not again’ and you’re not featuring because I think he was 38 seconds or so behind the last cars after his stop and that’s basically game over.

“But then him going and then showing this very good pace was important, not only for his morale, but also our morale. And who would have thought that he climbed all the way to fourth, before the problem came up.

“That looked like a world championship-winning race car that he was driving, that would have not been possible in the previous races. That reminded me of last year and the years before when our car is really on the top of its game. And the driver.”

However Hamilton was asked to use only 50% throttle during the final laps due to a power unit problem which dropped him to fifth place behind Carlos Sainz Jnr. Russell was asked for a similar, if less dramatic lift.

“There are some concerns,” Wolff admitted. “We had a water leak on Lewis’ car and general overheating on George’s and it’s concerning. But we obviously need to look at the hardware.”