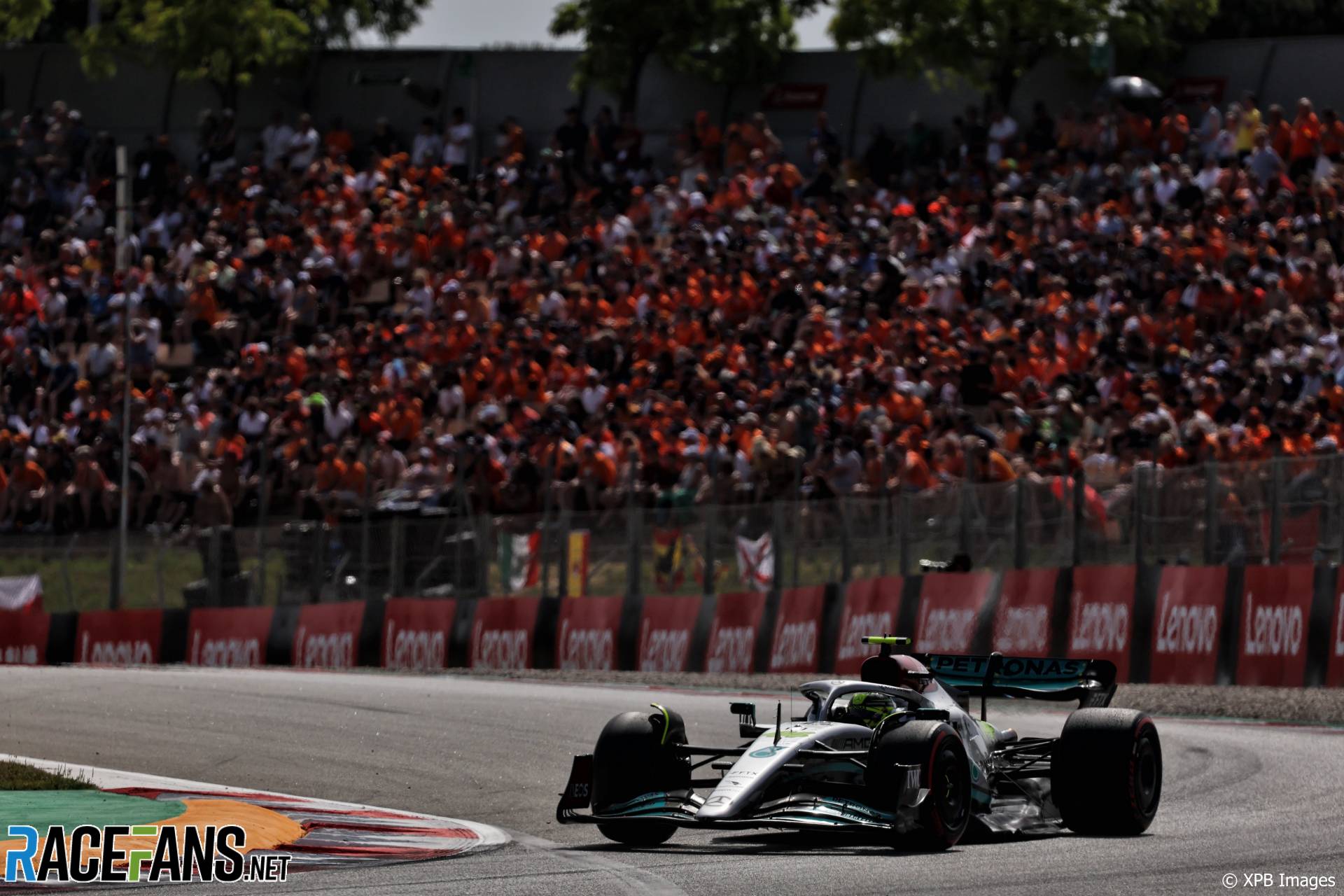 Lewis Hamilton suggested his Mercedes team retire him from the Spanish Grand Prix because he thought he had no chance of finishing in the points after suffering a puncture on the first lap.

He tangled with Kevin Magnussen at turn four on the first lap of the race and fell around half a minute behind the pack. Having started 15th in Jeddah earlier this year and only made it as far as 10th, Hamilton doubted he would be able to score any points.

But despite the Safety Car not being deployed during the race, Hamilton recovered as high as fifth before he had to slow down due to a water leak and fell behind Carlos Sainz Jnr.

“Obviously I was hoping for a smoother race without the issue at the beginning,” he said in response to a question from RaceFans. “I was 30 seconds, at one stage, behind last.

“Having seen where I was, if you think back in Jeddah where I started 15th and I struggled to get into the top 10 I was thinking it was going to be impossible to get back into the points positions.”

Hamilton even suggested to his team they retire his car to reduce the wear on its power unit.

“I was 30 seconds behind so I’m like, if I’m going to use the whole engine to drive around in last or out of the top 15 and at some point we might have to take a penalty or something like that,” he explained.

“I don’t know if reliability is an issue, we’ve already seen today at the end there was something. But I was like, we might as well just save the engine so we live to fight another day.

“But I’m glad we didn’t and it just shows that you never stop and never give up and that’s what I did.”

Despite his problem at the end of the race, Hamilton finished higher than Mercedes predicted after lap one.

“The team said no, you’re on for eighth. I couldn’t understand it at the beginning and I thought that they were being super-optimistic.

“But I was like okay, I’ll give it everything and see where I come out. It turns out it was higher than eighth. It was just a little bit unfortunate at the end with the engine but I’m just glad we finished.”