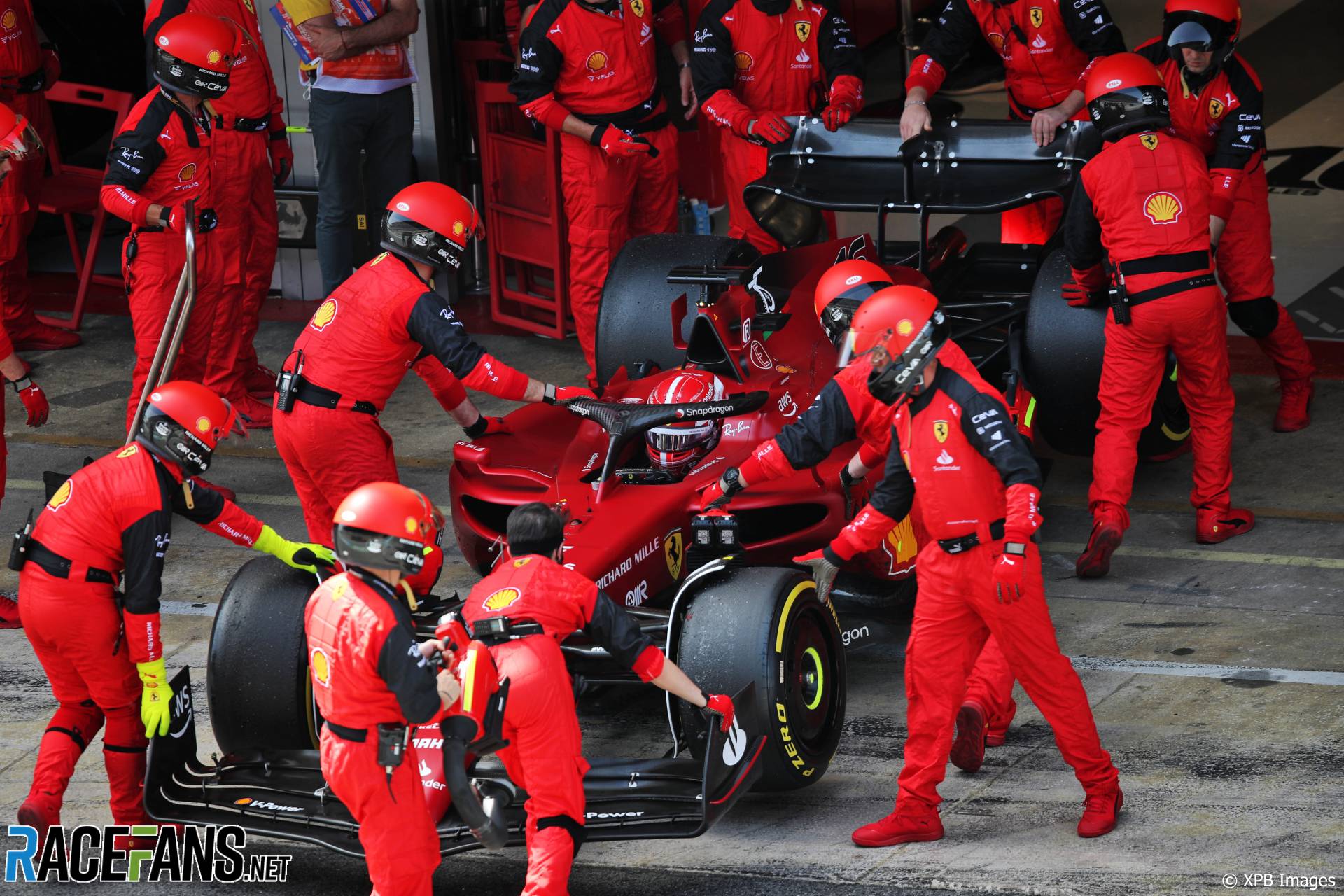 Charles Leclerc said Ferrari cannot afford more repeats of the failure which cost him a potential victory in the Spanish Grand Prix.

The Ferrari driver led the race from pole position until a suspected power unit problem put him out shortly before half-distance.

“I don’t know anything more than what happened, basically,” Leclerc told Sky while the race continued. “I had no indication before and it just broke and then lost the power completely. It’s a shame.”

Despite the retirement, which cost him the lead of the championship to eventual winner Max Verstappen, Leclerc said Ferrari can be satisfied by the performance of their car.

“In those moments I believe that there’s nothing else I can do apart from looking at the positives,” he said. “And there are plenty this weekend.

“There’s the qualifying pace, the race pace and most importantly the tyre management. That has been a weakness in the last few races, I think we definitely found something this weekend on that. So it gives me the confidence for the rest of the season.

“But, on the other hand, we’ll look at this issue and we cannot afford for this too happen many times during the season. So we need to find the problem.”

Having led the championship since the start of the season, Leclerc will arrive at his home race in Monaco next weekend in second place. “But that’s fine,” he said, “I’m not looking at it.

“I think what is the most important is the overall performance and, performance-wise, we are performing very well. So I can’t wait to go home next week and hopefully we’ll have a great result.”

Ferrari said they will take the engine back to their base at Maranello for inspection to identify why it failed.