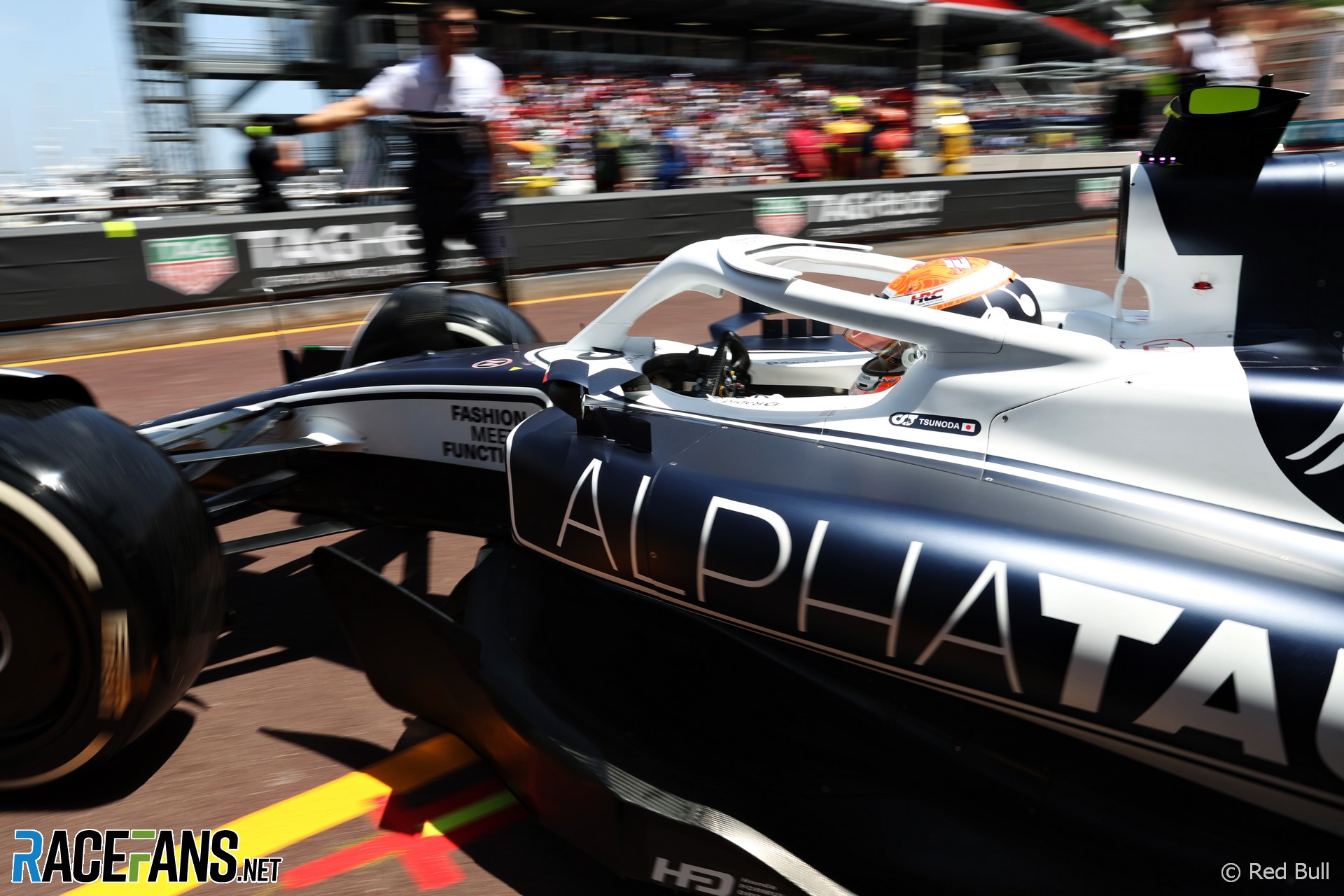 AlphaTauri driver Yuki Tsunoda will receive an automatic 10-place grid penalty if he collects another reprimand this year after receiving his fourth of the 2022 season in Monaco.

The Monaco Grand Prix stewards penalised Tsunoda for impeding Kevin Magnussen’s Haas during the second practice session on Friday evening. They handed him his fourth reprimand of the season in only the seventh round of the championship.

After investigating the incident, the stewards found that Magnussen had been “forced to take evading action” into the harbour chicane to avoid contact with the AlphaTauri. This had occurred, the stewards noted, despite Tsunoda having received “ample and multiple warnings of the approach of car 20 [Magnussen], yet still chose to stay on the racing line approaching turn 10.”

While recognising that impeding incidents are rarely penalised during practice sessions, the stewards considered the incident to be “sufficiently serious to warrant the penalty imposed”. It was the third infringement of the day: The stewards also handed down two separate €1,000 (£849) fines for exceeding the pit lane speed limit by 16.4km/h in first practice and then by 16.3km/h in second practice.

Three of Tsunoda’s four reprimands have been for impeding drivers during practice sessions. He received his first in practice for the season-opening Bahrain Grand Prix after holding up Carlos Sainz Jnr, followed by a second for impeding Sainz again in practice for the Australian Grand Prix. He picked up a third after being deemed to have driven too slowly during an in lap in qualifying in Australia.

The F1 sporting regulations state that any driver who accrues five reprimands during a single season will be handed a 10-place grid penalty for that weekend’s grand prix, or for the following round if resulting from a incident during a grand prix. Four of the five reprimands must be driving reprimands, handed out due to conduct on track, as opposed to non-driving reprimands received for incidents such as failing to attend pre-race national anthem ceremonies on time, among others.