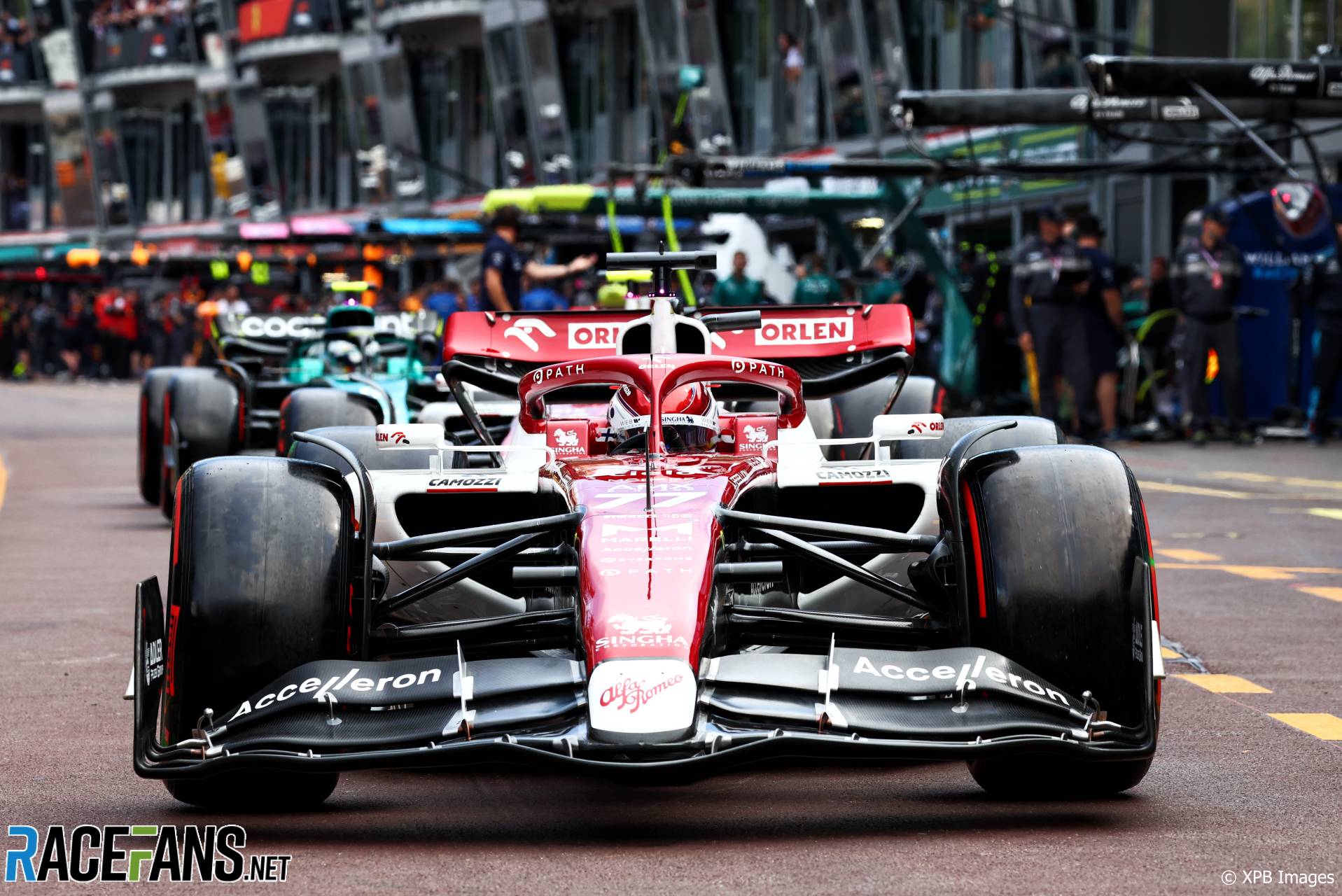 Valtteri Bottas says he had expected Alfa Romeo would be stronger at Monaco than they proved in qualifying after he was eliminated in Q2.

Bottas managed only 12th on the grid – his joint worst qualifying of the season – around the Monte Carlo streets. He improved his time on his final attempt in Q2, but only by enough to jump from 15th to 12th on the grid. His team mate, Zhou Guanyu, was eliminated slowest of all in Q1.

Asked by RaceFans if the team’s worst qualifying results of the season was a one-off due to the unique nature of the Monaco circuit, Bottas said he was surprised that the team had not shown much stronger pace over the weekend.

“I feel like this result today is a bit of an outlier,” Bottas said. “I think the performance of the car should be better.

“I think it’s track-related and in the opposite way that what I thought – I thought we were going to be great here, but it turns out not. Again, the next race [Baku] is a street track again, but I think the car is still good, it just didn’t quite fit to this race today.”

The Alfa Romeo driver had experienced yet another interrupted weekend when a MGU-K failure left him unable to do any meaningful running during Friday’s first practice session. However, Bottas believes losing an hour of running did not compromise his performance in qualifying.

“I actually felt like I got to a good rhythm, even though I missed the session,” said Bottas.

“I had a good day today to get a feel of the set up and the grip and everything. I felt like I was confident – I don’t think it was about that. I think it was just about us not being fast enough here, which is weird because I really thought we would be fast, but it’s something we need to understand.”

Bottas said Alfa Romeo need to learn from their unexpected lack of pace this weekend.

“It’s important to learn,” he said. “My feeling is it’s something to do with the car mechanically, because I think that most of the time we’re losing is sector two with those warped corners and the ride doesn’t feel that great there. So it could be something linked to that.”