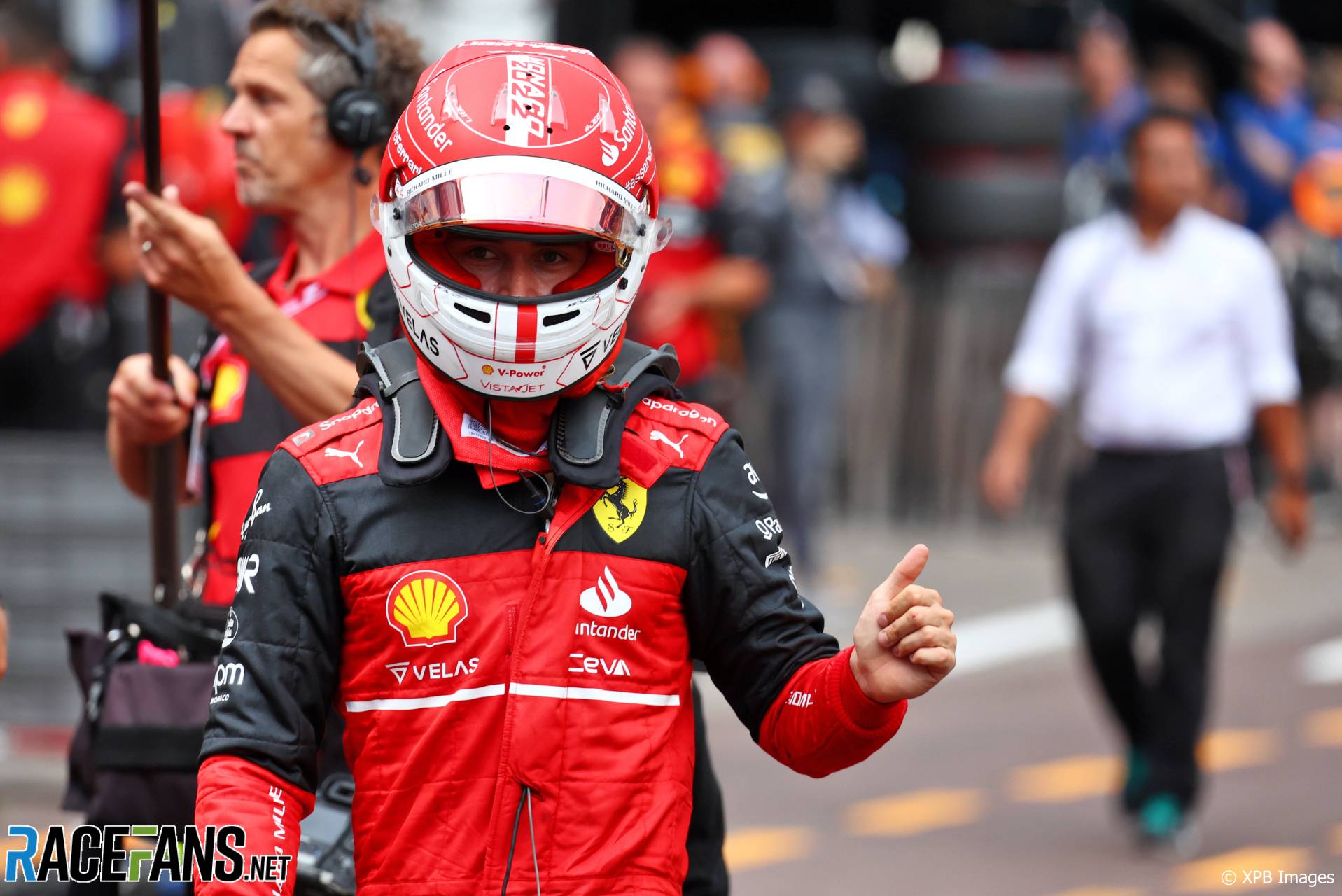 Charles Leclerc says he was on course to improve his pole-winning lap time in qualifying for the Monaco Grand Prix before the crashes behind him brought the session to an end.

The Ferrari driver took pole position for his home race for the second year in a row. His fastest time of 1’11.376 stood from the beginning of Q3 as Sergio Perez and Carlos Sainz Jnr’s crashes in the dying moments prevented anyone from setting further laps.

Leclerc said he was “really, really on the limit” on his final lap. He set the quickest time of any driver through the first sector, then had to abandon his lap when the red flags flew due to the crash behind him.

“I had quite a bit of oversteer,” explained Leclerc, whose out-lap was briefly compromised by the Mercedes drivers coming past him. “I struggled to put the tyres in the right window in the last sector because there was a bit of traffic.

“At the end the rear was a bit loose but still the lap time came and I was improving quite a bit. I think I was four tenths faster before I stopped so it was a good lap.

“But to be honest the car felt amazing and it’s great to also have Carlos with me on the front row.”

Leclerc was unable to start from his pole position last year due to a technical problem on his car. His Ferrari had to be repaired after he crashed at the Swimming Pool at the end of Q3.

He said taking pole position again for his home race was “very special.”

“I’m so incredibly happy. It’s been a very smooth weekend so far. I knew the pace was in the car, I just had to do the job and it went perfectly. That last lap before the red flag was really, really good – but anyway, it didn’t change anything.”