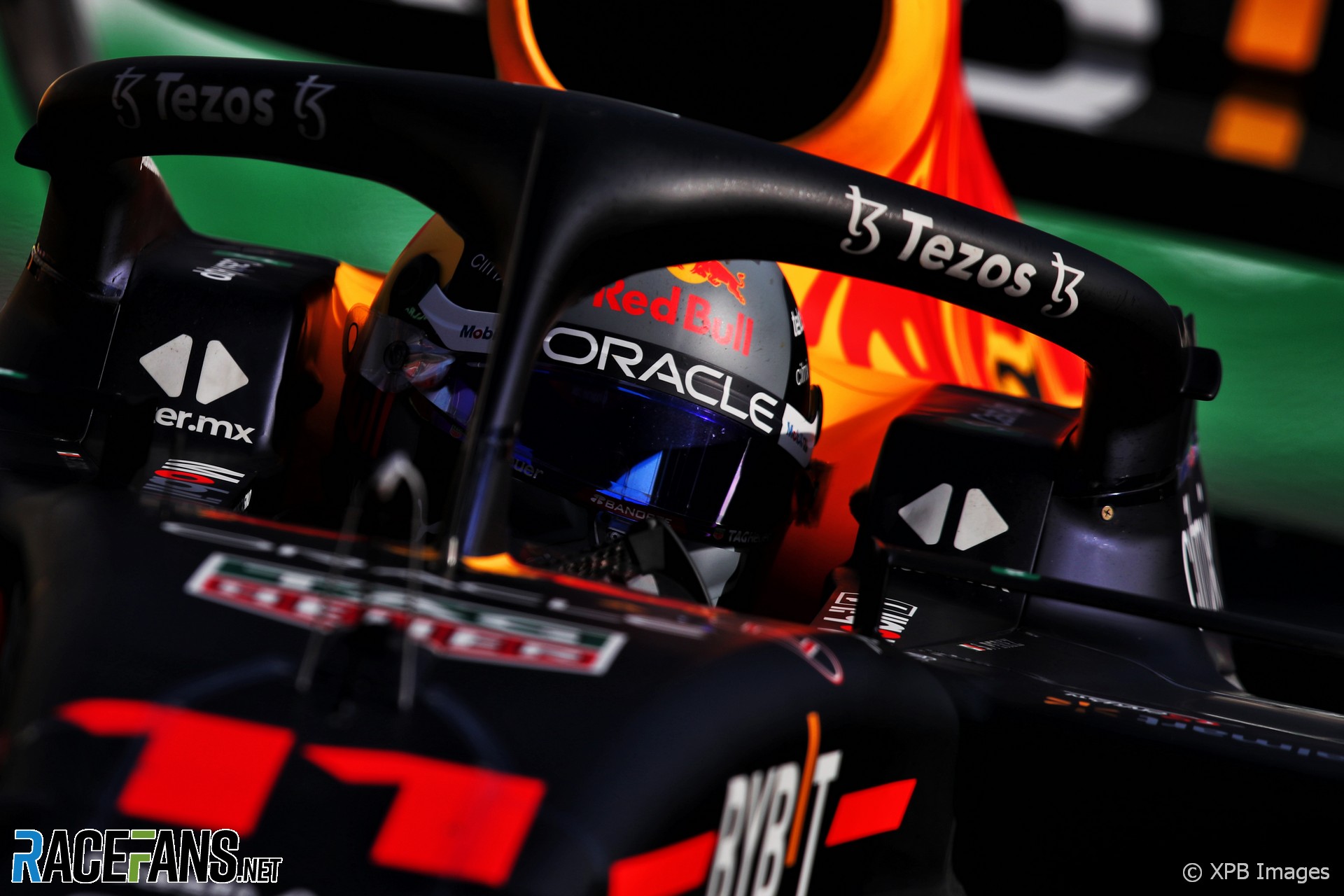 Sergio Perez was taken by surprise after he crashed at the end of qualifying and Carlos Sainz Jnr hit his stationary car.

“I was quite close to my time, trying to make it up,” Perez explained. “Turn eight has been a difficult one for me throughout the qualifying session so I was trying to anticipate and get quite early on throttle.

“But as soon as I touched the throttle I could feel the rear tyre was not gripping in and I was playing with it a bit until I lost it.”

Perez car was sat for six seconds before it was hit by Sainz, the next driver behind him on the track. Yellow flashing lights were displayed to Sainz at the moment he began turning into the corner.

“I was actually surprised that Carlos hit me at the time,” said Perez. Sainz spun his Ferrari trying to avoid the Red Bull, but hit its front-right wheel with his rear-left.

“It’s just a shame what happened and I feel sorry for Carlos and for the rest of the guys, but this is Monaco,” Perez added.

Perez will start from third on the grid, one place behind Sainz, but believes he could have bettered his time. “It’s just a shame what happened because I think we had more pace than that.

“But we just couldn’t challenge. The strategy with the tyres, especially that final set, it wasn’t up to temperature and it was just too peaky.

“I nearly lost it already into turn one and in hindsight I think we didn’t get it right today.”

He expects his car will be “okay for tomorrow” but admitted it was extensively damaged.

“Certainly it looked bad the from the rear and then we what made it worse was the hit we got from Carlos,” he said. “So we have quite a bit of damage.”

Sainz said he attempted to swerve around Perez’s stricken car but was unable to.

“Perez crashed in front of me and I was in my flying lap,” he explained. “I saw the yellow flag coming into turn eight, I had to hit the brakes and try to avoid him the best I could but it’s a shame.”

It was a familiar situation for Sainz, whose final qualifying effort in Monaco last year was also thwarted by a late red flag, which on that occasion was caused by his team mate Charles Leclerc.

“Another year that a red flag cost us the end of a session so that we cannot go for pole position but it’s typical Monaco,” Sainz concluded.