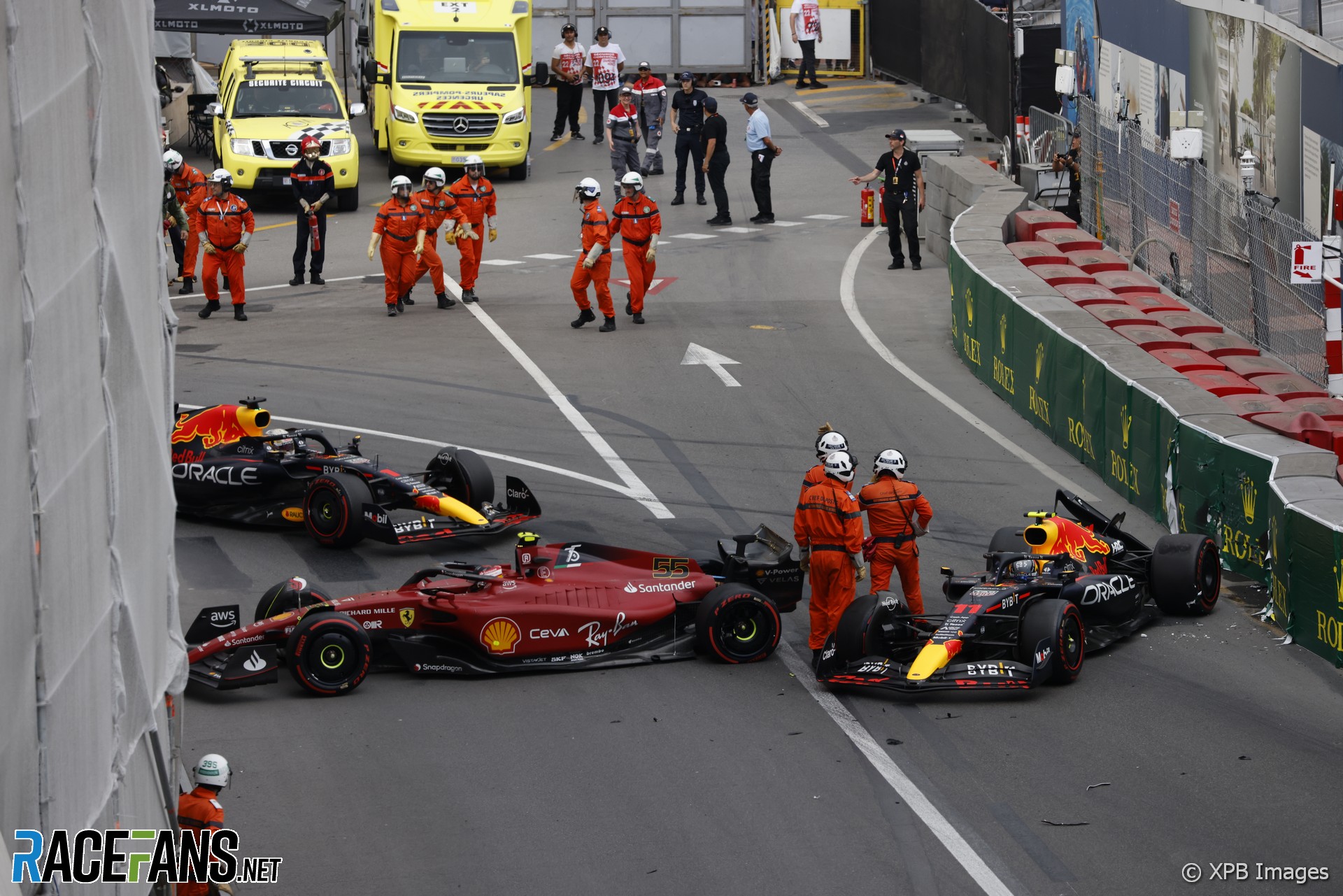 Max Verstappen was left fuming after his team mate’s crash at the end of Q3 prevented him from improving his qualifying time.

The world champion was on course to improve his time on his final lap of Q3. He set his personal best first sector time, a few hundredths of a second faster than team mate Sergio Perez ahead of him.

However Perez spun into a barrier at Portier and was collected by Sainz. The session was red-flagged, leaving drivers no opportunity to improve their lap times.

Verstappen came to a stop at the scene of the crash and exclaimed in frustration on his radio, then told his team: “This shouldn’t be allowed,” Verstappen. “Otherwise it’s just better to do your lap and then just bin it into the wall.”

Qualifying in Monaco ended in similar circumstances last year, when pole-winner Leclerc crashed while trying to improve his quickest time from the beginning of Q3.

Speaking to media including RaceFans afterwards, Verstappen said he could have improved his starting position if he had been able to complete his lap.

“It was a bit of a traffic jam,” he said. “It’s very unfortunate. I think we could have done better than fourth.

“Not pole position, I think Charles [Leclerc] was too strong today, but at least it would have been nice to be second.

“But that’s Monaco, you know, you do one lap in Q3 and then of course there’s always a risk of a red flag when everyone is trying to risk it all.”

The Red Bull driver admitted he had a challenging start to the event. “So far it has been a bit tricky for me the whole weekend,” he said.

“Of course in qualifying, Q3, you want to go all out and it was getting a bit better. Actually I do think that last one, because I’d opted to do a little bit of a different strategy to the cars around me, that was actually quite good because I was on a good lap up until I got to that corner.”

Verstappen’s radio messages from the end of Q3