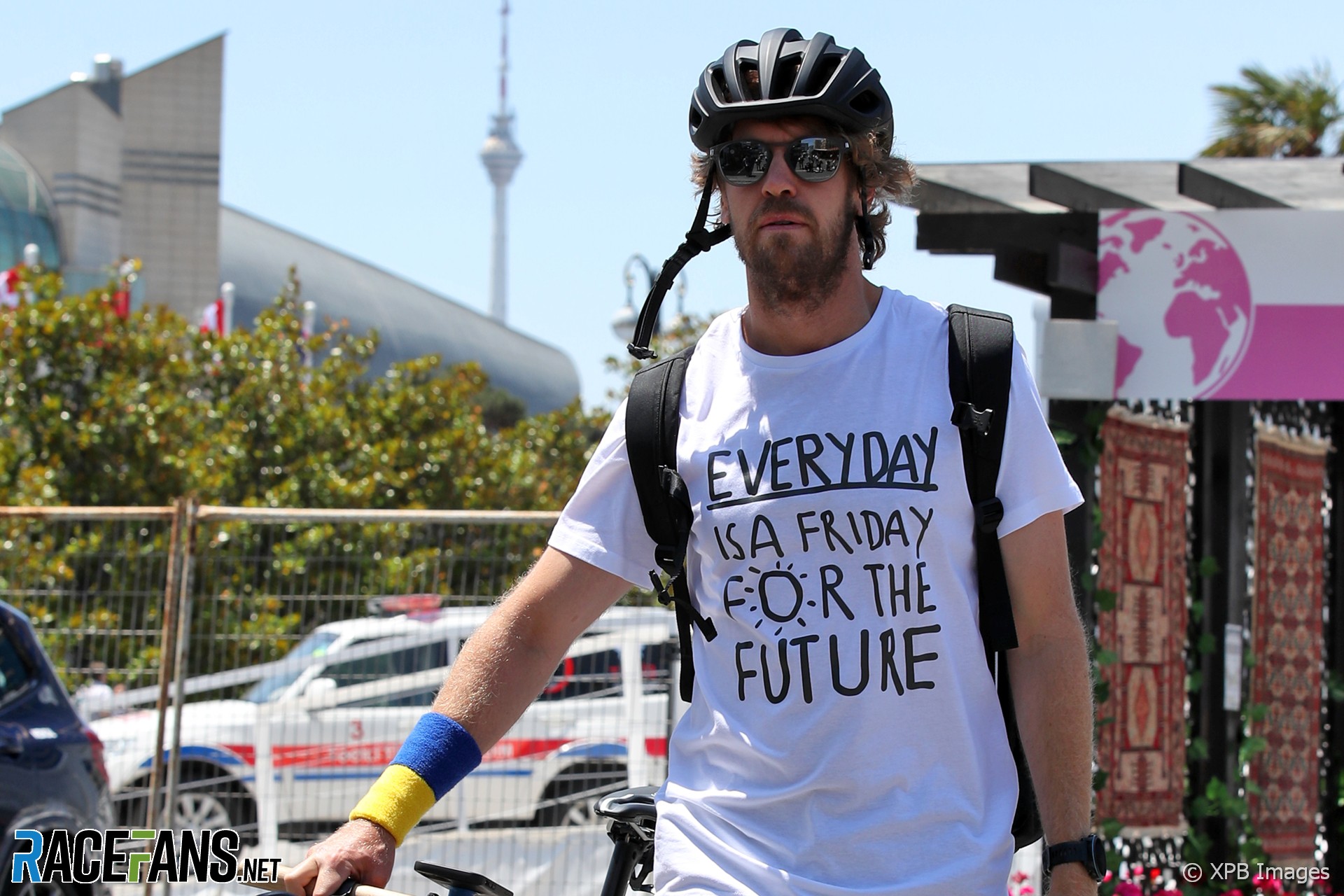 Lewis Hamilton suggested Mohammed Ben Sulayem may have been misinterpreted in comments made by the FIA president regarding the champion’s promotion of human rights.

Hamilton and fellow Formula 1 world champion Sebastian Vettel, who was also mentioned by Ben Sulayem in the recent interview, said they intend to continue using their status to promote causes they are passionate about.

Ben Sulayem recently compared the pair to former drivers Niki Lauda and Alain Prost, who he said “only cared about driving.”

“Everybody has the right to think. To me, it is about deciding whether we should impose our believes [sic] in something over the sport all the time.”

The FIA president issued a statement yesterday stressing that “promoting sustainability, diversity and inclusion is a key priority of my mandate.”

Hamilton said he had not seen the interview and was wary of taking it at face value.

“I only heard about it this morning,” he said. “I’ve not read it so I don’t really know all that has been said.

“I’m also aware that sometimes things I’ve said have been taken out of context so that maybe has happened. But I heard that he clarified things on social media, which is positive.”

“That doesn’t stop us from doing what we’re doing,” Hamilton added. “The sport is continuously growing. We have a bigger audience than ever before, I think it’s gone up by nine percent this year or something.

“It continues to be an important platform to use our voices, every single one of us here, within the industry, within our companies, to do more, to speak out more on things, to spark more conversations.”

His Mercedes team have added graphics showing their support for LGBTQ+ inclusion at this weekend’s Azerbaijan Grand Prix.

“I’m really proud of what we’re doing at Mercedes with our pride star on the car, which is the first time I’ve seen that during my time at Mercedes which is amazing,” said Hamilton. “It just shows that we have over 100,000 people within Mercedes-Benz and creating a more inclusive environment is so important and focussing on creating better diversity within the organisation.”

Improving diversity is “also so important within the sport”, Hamilton added. “It’s moving at a very slow pace and we need more people to utilise their platform.

“So I encourage all the drivers to be more outspoken in future and speak about things we care about.”

Hamilton said he is “proud to see what Seb does to be an ally” to under-represented groups. Vettel also said he intends to continue advocating diversity and inclusion.

“I don’t think there’s much point going into what has been said, but I think what I would like to say is that the topics that Lewis is continuing to raise, the issues Lando has been talking about and stuff that I’ve been mentioning, I feel they are topics that are very important to be addressed and they are bigger than us, bigger than the sport can ever be.

“So I think it is important to mention those, to express those and to raise awareness, to make people aware that there still lots of things that we can improve on.”

Asked whether he had confidence in Ben Sulayem, who took over from Jean Todt as FIA president in December, Hamilton said: “We have to have confidence that we’ll continue to make progress.

“I think it’s about collaboration. I generally think that a good job has been done so far, I think we’ll get better.

“Particularly, we are trying to work with the FIA and I think for Mohammed I think it’s a huge role, big shoes to fill, and we just need to give him time. There’s lots that he wants to do and lots of things that he wants to change. So I believe from what he’s told us that he will do it.”