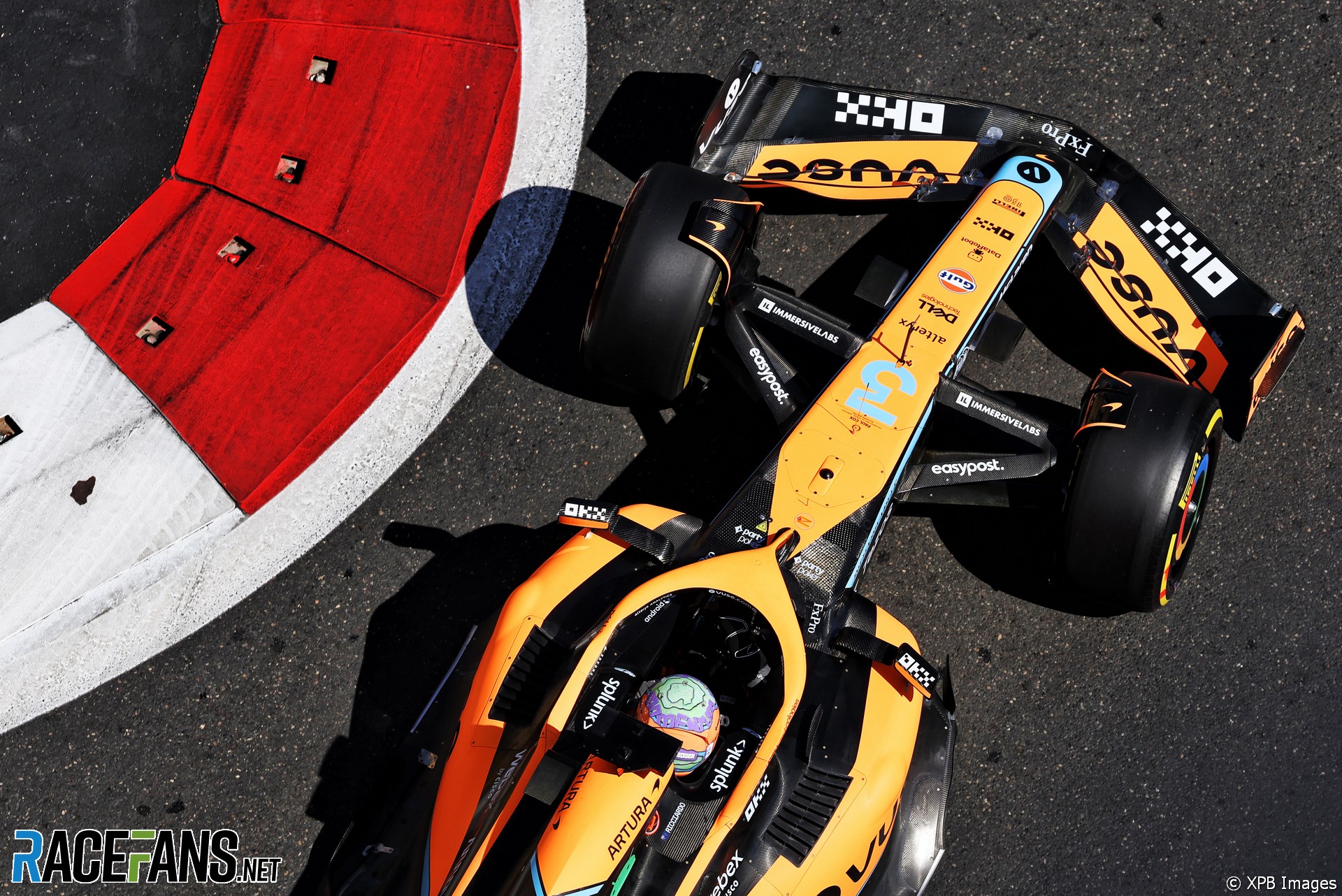 McLaren has become the latest team to confirm it will exceed the Formula 1 budget cap in 2022.

Team principal Andreas Seidl said rising costs outside of the team’s control relating to freight and energy will make it impossible for them not to exceed the maximum spending limit.

However several teams have warned the sharp rise in inflation since the year began would make it difficult for them to stay within the spending limit. Ferrari team principal Mattia Binotto said in Monaco there was “no way” they could meet the limit.

Seidl told media including RaceFans in Baku today McLaren is in the same position.

“For us as a team that planned to run at the cap at the beginning of the year, with all these unexpected costs that came up we are at a position where we can’t make the cap anymore,” he said. “You have certain fixed costs in order to start the season, you have fixed costs with your resources which you have in place, the personnel and so on, which you can’t adjust any more.

“With this unexpected huge increase of costs, mainly on the freight side and utility bills, we’re in the same position as some other teams, so we can’t make the cap this year.”

F1 previously announced it would not replace the cancelled Russian Grand Prix, reducing the number of rounds teams would have to attend, thereby cutting their freight costs. Teams are in discussion with F1 and the FIA on how else to alleviate the financial pressures they face in 2022.

“I’m still hopeful with all the conversations that are happening at the moment, together with the other teams with the FIA and Formula 1, that we still find a solution which is in the best interests of the sport moving forward,” said Seidl.

He stressed McLaren remains committed to the idea of the cost cap. “I’m absolutely happy we have the cost cap in the place,” he said.

“It was a necessity for the sport in general, for Formula 1, but also for us as a team in order to be able to take part in F1 in a financially sustainable way, but also in a position where we can also be then actually competitive on the sporting side,” he said.

“It is just a new dimension, a parameter which you need to consider in your way, how you complete a year in Formula 1. And it is clear, especially in the current circumstances, that the development of the car is heavily influenced by the cost cap at the moment because of all these unexpected costs that came up recently. But in the end it’s the same challenge for everyone so I don’t have any concerns on that.”

Some teams are unwilling to support changes to help rivals stay within the cost cap. Nonetheless Seidl said he remains hopeful a compromise can be found.

“Because of the opportunistic views each team has in this paddock, which is a normal part of the competition, I still hope and I’m very confident that with strong leadership from the FIA’s side, we’ll find a good solution there.”

“I don’t want to go too much into detail about the discussions we’re having at the moment with the other teams and the FIA,” he added. “The most important thing is in the interest of the sport to find a defined solution for everyone because I think that’s also crucial in order to make sure that the principles of the cost cap do not get watered down or whatever.”