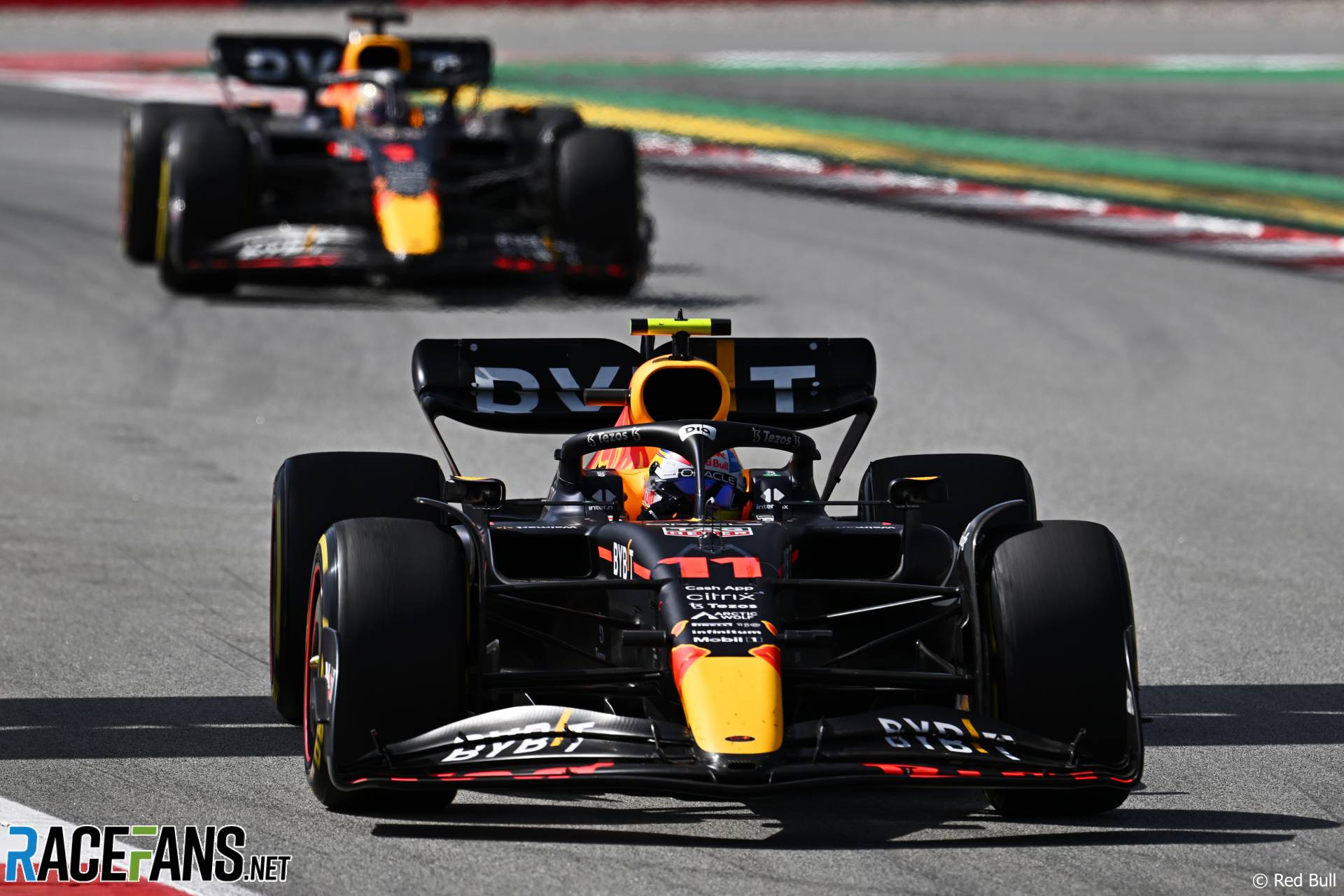 Sergio Perez says his new Red Bull contract does not require him to play a number two role to his team mate.

He signed his new, two-year contract following the Spanish Grand Prix. During the race Perez was twice told to yield position to team mate Max Verstappen, and complained his team left him stuck behind the other car at one stage in the race after telling him he would get his position back.

After the Spanish race Perez said he wanted to discuss with the team how the race had been handled. He signed his new contract five days later in Monaco.

Perez stressed there had been no discussions of the team requiring him to play a back-up role to Verstappen. “We didn’t discuss about that,” said Perez when asked by RaceFans. “There’s nothing in my contract that says that I need to finish second or something like that. It was not a topic in the contract at all.”

Verstappen leads the drivers’ championship with a 15-point margin over third-placed Perez, the pair separated by Charles Leclerc. With his future now settled, Perez said he will be better able to focus on capitalising on his opportunity to win the championship.

“I certainly feel like as a driver you want certainty and you want to to get that stress out of the way so the earlier, the better [to sign].

“It takes so much energy and so much focus to be at 100% weekend by weekend. You don’t need that thinking. So it was good that we agreed so early on the contract and I feel like I got a good opportunity. Obviously the season is still very young so anything can still happen for now.”

Perez’s move to Red Bull at the end of 2020 rescued a career which was in serious jeopardy after Racing Point (now Aston Martin) cut his contract short. He said his new deal shows the importance of being ready to take advantage of whatever opportunities arise.

“In this world things change so quickly, literally from one race to the other, you go from hero to zero in a matter of weeks,” he said.

“So I think it’s just important to keep pushing, keep making the most of the opportunities and you never know when you’re going to get the right opportunity in your career.”