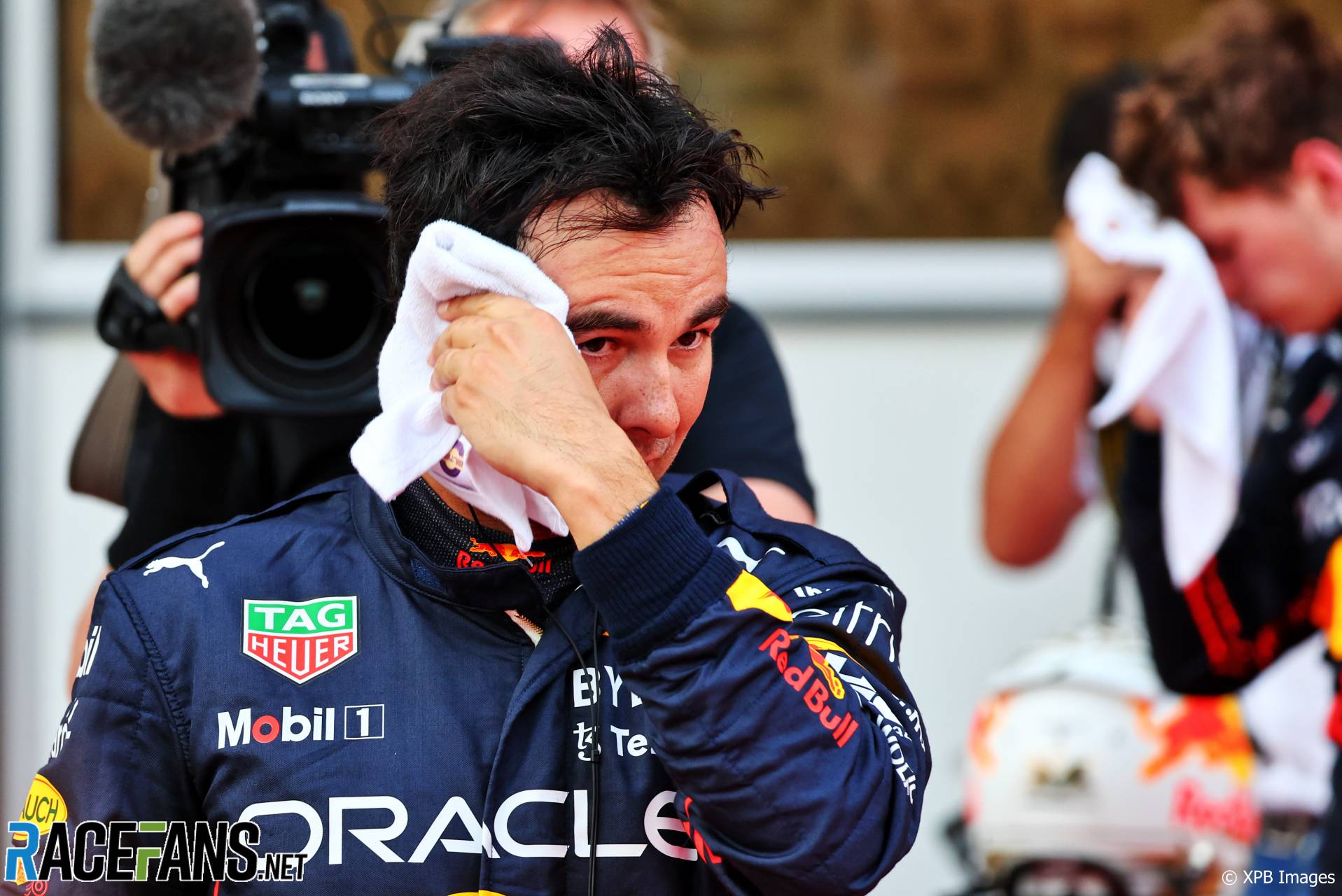 Sergio Perez said his mis-timed final run cost him a few tenths of a second, which could have been enough to put him on pole position.

The Red Bull driver was unexpectedly held in his pit box before his final run. His team were unable to fire up his engine on time due to a delay refuelling his car between runs.

That meant he was unable to benefit from the slipstream of another driver, which can be worth a significant amount of lap time on the long straights of Baku City Circuit. Charles Leclerc beat Perez to pole position by less than three tenths of a second.

“It was not an ideal qualifying because at the end we just had a problem with the engine, we couldn’t turn it on,” said Perez. “That meant I was basically on my own and that’s very powerful around here.

“Who knows if it was enough for pole but certainly we lost a few tenths. I think Charles has done a very good lap.”

He admitted his first run in Q3 had been slightly scruffy. “When it gets to Q3, run one is when you go balls-out and it was a little bit too much,” he said. “I hit the wall a couple of times. Luckily we managed to survive, which was the key, really, here.”

Perez out-qualified his team mate Max Verstappen for the second race running, relegating him to the second row of the grid. Verstappen has been unhappy with his car’s front-end grip throughout much of the weekend.

“I think the start of the lap was good, then it went away from me a little,” said Verstappen. “Tiny mistakes, so not ideal.

“In general I was just struggling a bit to find front-to-rear balance over one lap. So not, of course, what I want but still I think as a team, second and third we have a good opportunity for tomorrow.”

However Verstappen is hopeful his car’s pace over a race stint will be more competitive. “Overall we seemed to lack maybe a little bit over one lap but I think in the long run normally our car should be quite good.”