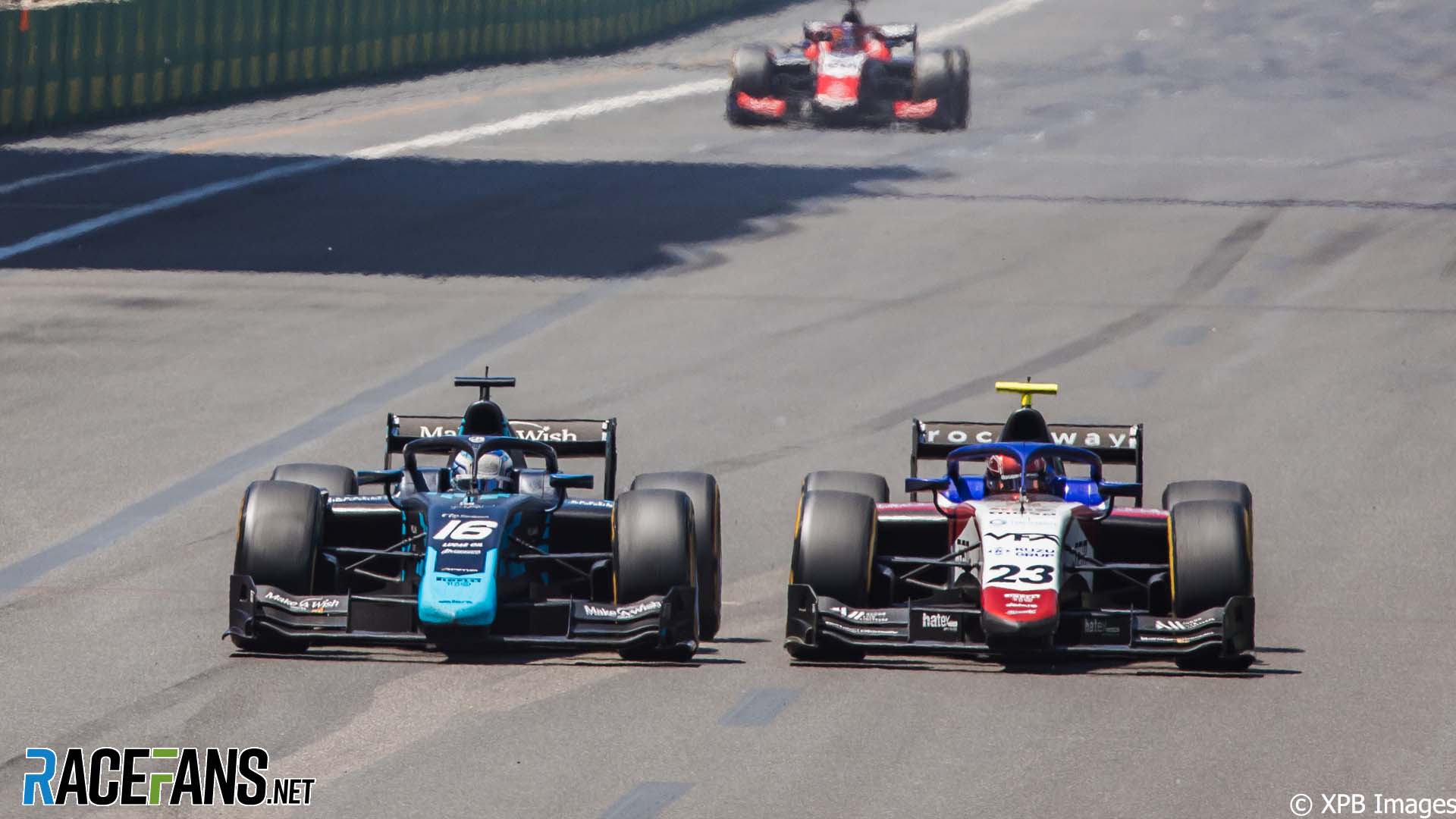 In the round-up: Cem Bolukbasi’s father has had his credentials withdrawn for the Silverstone round, following a “scuffle” with Roy Nissany’s team.

Formula 2 racer and former F1 Esports competitor Cem Bolukbasi has been fined €5,000 (£4,268) and his father, Yavuz Bolukbasi, banned from the paddock for one round following a “minor scuffle” that took place after Sunday’s feature race in Baku.

Bolukbasi retired from the race following a collision with DAMS driver Roy Nissany. Bolukbasi’s father subsequently confronted Nissany at his team’s garage. The situation escalated into physical tussle, which the stewards took a dim view of.

“After an on track incident between cars 16 (Nissany) and 23 (Bolukbasi) the father of the driver of car 23, Mr Yavuz Bolukbasi, along with the driver’s manager went to the DAMS paddock tent,” the stewards explained.

“Mr Bolukbasi admitted that he lost his temper when he thought that the driver of car 16 made a derogatory comment about his son. At the DAMS tent Mr Bolukbasi provoked a heated verbal exchange with the driver of car 16. As the verbal exchange escalated the trainer for Roy Nissany became involved and there was some pushing and physical contact between the father and the trainer (Francesco). No punches were exchanged and the unwanted guests were removed from the area.

“At no time will physical violence, nor the threat of such be tolerated. In keeping with ISC Art. 9.15.1 competitors are responsible for all acts of persons to whom they have given access to the reserved areas. The threat of violence and the actual minor scuffle that took place as initiated by Mr Bolukbasi are determined to be a breach of ISC 12.2.1(c).

Accordingly the driver is fined and the individual initiating the offence is sanctioned.

Lance Stroll’s retirement from the Azerbaijan Grand Prix was caused by an unidentified vibration, he said after the race.

“It is a shame that we had to retire the car,” said Stroll. “The engineers could see the car was suffering from a vibration issue, so they asked me to retire the car. We are still not quite sure what the problem was, so we will have to do some work over the next week to investigate it and fix things.”

Sebastian Vettel recorded the team’s best result of the season so far with sixth place. “Sebastian proved our car has the pace, so hopefully we can come back stronger for my home race in Canada next week,” Stroll added.

All five hypercar entries finished the race, with Glickenhaus’ entries taking third and fourth place, respectively five and ten laps down from the lead Toyota.

“I really tried to keep some pressure on Jüri and on the lap he crashed I put in a purple sector one,” Hauger said after the race. “I really wanted to make the step to get right behind him before the straight, but then he maybe got stressed or something.”

“He was really pushing so obviously with the small margins it can happen. I’m happy we kept it clean and in the end got our first feature race win.”

Vips apologised for his error in a social media post. “Sorry to my team and everyone who supports me,” he said. “Messed up, shouldn’t happen.”

Not a good end for this Ferrari, think this is Leclerc’s pic.twitter.com/C4fKiM6z7j

.@CBogleRacing has been seen and released after this lap 9 incident that brought out the red flag for fence repairs.#RoadToIndy // #TeamCooperTire pic.twitter.com/pk6JPLzv7M

A storming start on a gorgeously sunny Sunday afternoon for the second Jochen Rindt Trophy race of the weekend. @thruxtonracing#ThruxtonHistoric #THRUXTON #historicmotorsport pic.twitter.com/YAbjFEmdPF

Who would like to see @RGrosjean in Extreme E?

I know we would 😏#ExtremeE pic.twitter.com/c1Z4dkxtap

The all-new, all-electric machine for season nine is set to be the world's most efficient race car, Phil Charles, Jaguar TCS Racing Technical Manager added: “With 100kW of extra power, no rear hydraulic brakes, 600kW ultra-high-speed charging capabilities and a car that is lighter than Gen2, the team has a lot to come to terms with.

CIK-FIA World Karting champion Tuukka Taponen won all three races in round two of the Formula Academy Finland season at Botniaring. The factory Tony Kart driver made his car racing debut in the series last August, winning both races at Kymiring, then didn’t appear again until signing to race with Koiranen Kemppi Motorsport for this weekend.

After drivers experienced severe bouncing and Lewis Hamilton visibly struggled to get out of his car following the Azerbaijan Grand Prix, Chris VB raises the point that drivers taking a physical beating in races is a more serious safety issue than jewellery:

So several years ago, Alonso had to pass a fitness test after his crash to prove that he could get out of the car quickly enough. (If I’m not mistaken.)

Setting how much difficulty Lewis had to get out of his car at the end of this race, I think FIA should have a serious talk about safety with Mercedes. Would he be able to get out of the car in time in case of a crash near the end of the race?

Use the sensors already in the car to measure the forces on the drivers. If they are too high due to porpoising teams should be fined and ride height increased until the forces are at acceptable levels. And leave the teams alone that have it under control.
Chris VB