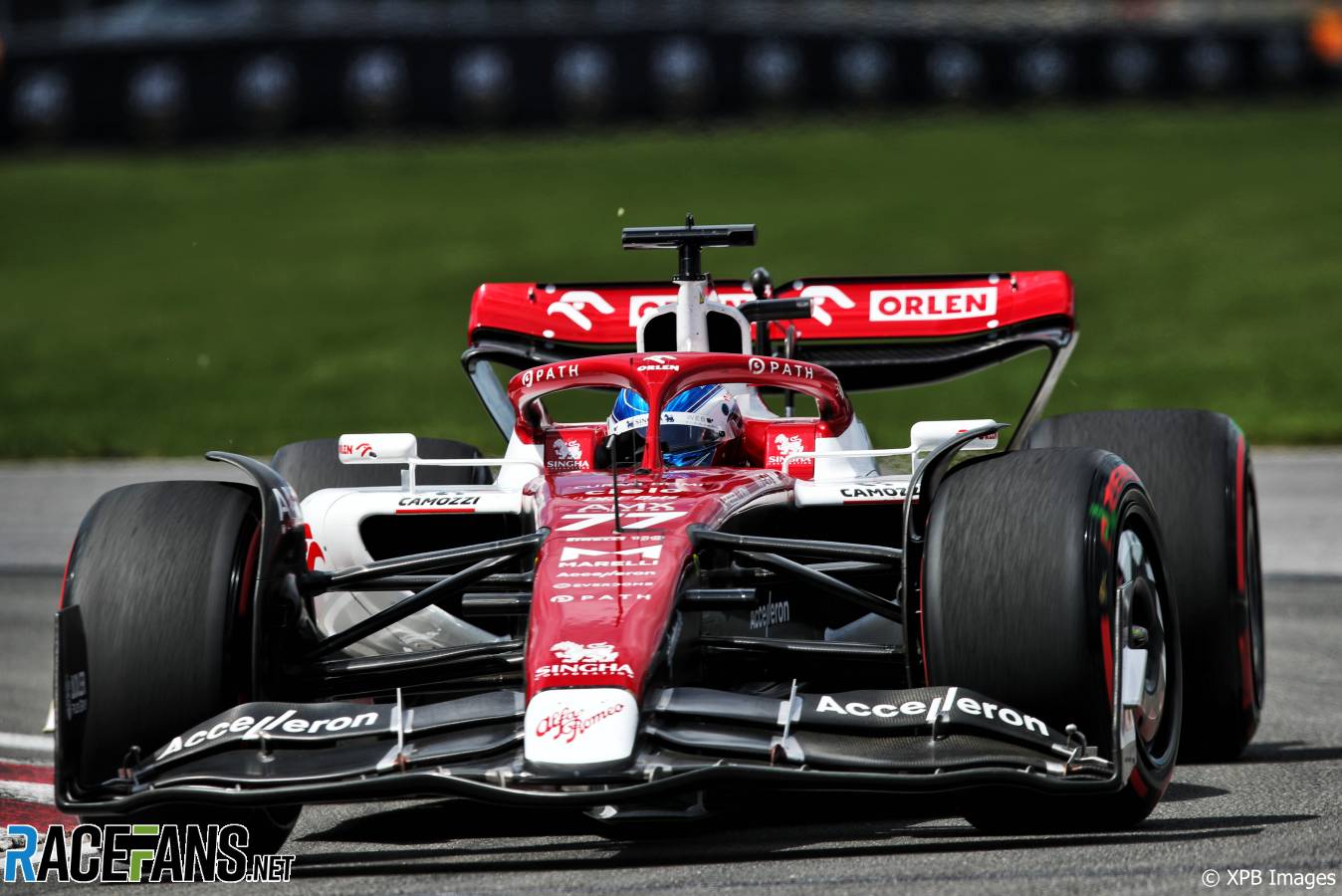 Alfa Romeo made changes to the suspension on Valtteri Bottas’s car in response to the problems which mystified the driver in Baku and left him around a second slower than his team mate in the race.

Following the Azerbaijan Grand Prix Bottas said he believed there was “something fundamentally wrong” with his car. Alfa Romeo had little time to address it in the short gap between the race and this weekend’s event in Montreal.

Bottas said that Alfa Romeo had chosen to change a large number of parts on the car, particularly in the suspension system, to try to eliminate the problem.

“We have precautionarily changed lots of things in the car because we saw it was not performing and behaving as it should,” Bottas explained. “Mechanically, we saw something was not quite right, so we also changed parts in the suspension and everything.”

The changes were targeted at addressing an asymmetry in the car’s handling, Bottas explained. “It’s just some cross weight and some symmetry in the ‘mech bal’ [mechanical balance] and left-to-right, these kind of things, that was a bit odd.

“We saw a big balance difference between the two cars with the same set-up. I’m pretty sure it’s going to be fine now. And hopefully that means that we can again fight for some good points.”

Bottas finished first practice more than half a second faster than Zhou. However further problems with his car prevented him from running during second practice in Canada.

“We had an electronics issue and every time I downshifted the car would go into neutral,” he explained after practice. “We couldn’t find a reason during the session so we had to stop.

“Of course, we will find a fix for it but it’s not ideal. We need clean days of running and to minimise the issues, and I know everyone in the team is working as hard as they can for this. Hopefully we will be able to make up for the lost time tomorrow.”

Alfa Romeo plan further changes to his suspension ahead of qualifying today, Bottas confirmed. “Earlier in the day, in FP1, we focused mostly on the mechanical set-up. There are still some old bits on the car and we are going to put the new ones tomorrow, so there’s more to be found there, but so far we achieved a good balance, something to build on.”