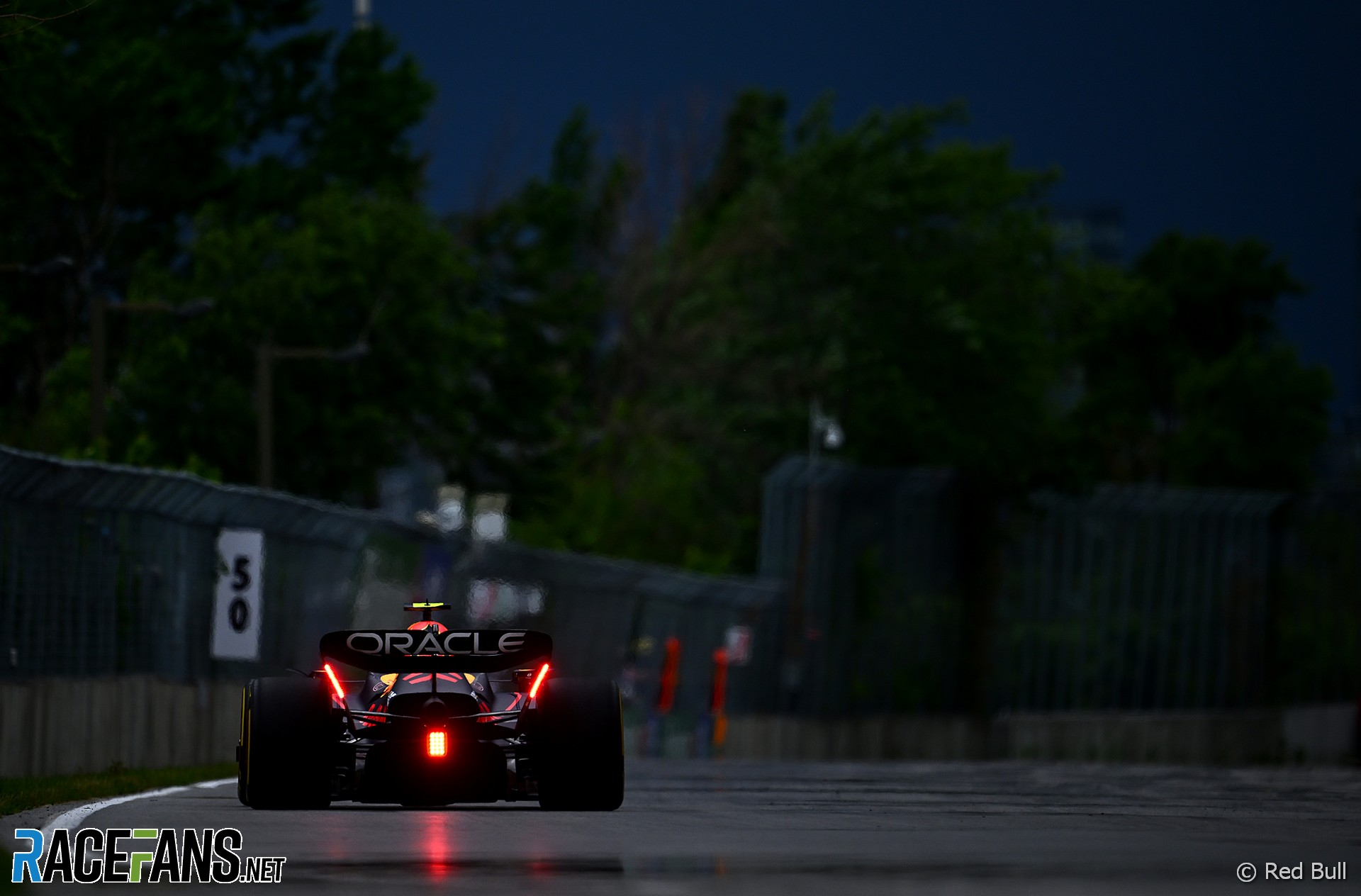 The rain forecast during this afternoon’s qualifying session at the Circuit Gilles Villeneuve could be heavy enough to prevent drivers from being able to run, says Carlos Sainz Jnr.

Second practice at the Montreal circuit yesterday ended shortly before a heavy downpour at the circuit. A thunderstorm also hit the track on Thursday evening.

More rain is expected during Saturday, following by an improvement in the conditions on Sunday. Sainz suspects today’s qualifying session will be disrupted if rain falls in the volumes expected.

“Qualifying could be wet, the race is likely to be dry,” said the Ferrari driver. “So I think we could be on for a bit of an interesting day tomorrow.”

Speaking as rain fell at the track after second practice, Sainz said “if this amount of rain comes, then it’s very tricky that we will run. But if it rains as normal, then it will be a good fun to drive around here in the wet.”

Zhou Guanyu, who is racing at the Canadian circuit for the first time in his career, is expecting a challenging session if the rain does arrive.

“I’m just not going predict or doing too much searching, I’ll just turn up in the morning and see how it is,” he said. “But it looks like the rain will drop much more tomorrow and stay dry on the race.

“Obviously having zero experience, we don’t know how it will be, but definitely it will be quite a challenge because here is basically no space for error. It’s like kind of a street circuit really, you get close to the wall. It will be fun.”

In Monaco FIA F1 race director Niels Wittich took the unexpected decision to delay the start of the race after rain began to fall due to the lack of running drivers had experienced in wet conditions up to that point. The start of the race was further delayed when it became apparent a heavier band of rain was about to hit the track.

F1 has a substantial window of daylight running to complete today’s qualifying session. Qualifying is due to begin at 4pm local time and sunset is due at 8:46pm.