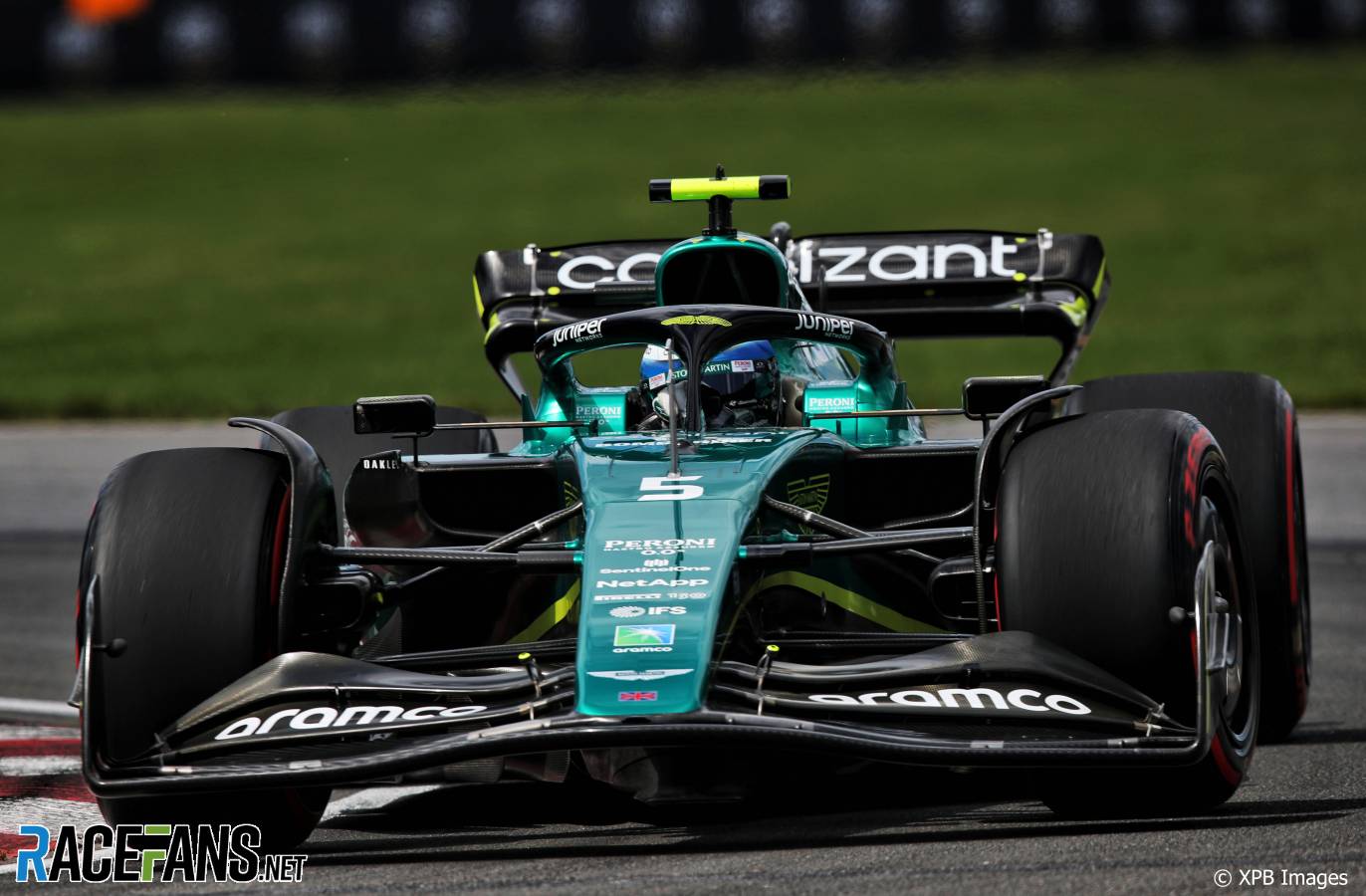 Sebastian Vettel, Pierre Gasly and Lance Stroll have each been reprimanded by the stewards for the same infringement in second practice.

All three drivers were placed under investigation during second practice for the Canadian Grand Prix in Montreal after they ran off the circuit at the final chicane before rejoining the track along the pit straight.

FIA F1 race director Eduardo Freitas’ Event Notes for the race weekend state that any driver who misses the chicane at the end of the lap “must keep completely to the left of the… orange block/bollard on the exit of the corner and re-join the track at the far end of the asphalt run-off area”. The exact same rule was enforced by previous race director Michael Masi during the last grand prix held at the Circuit de Gilles Villeneuve in 2019.

After investigating all three drivers, the stewards determined that each had failed to stay to the left of the bollard as outlined and rejoined the track after passing it to the right. Multiple drivers, including Carlos Sainz Jnr and Mick Schumacher, correctly followed the procedure after each drove through the run-off after making mistakes under braking for the chicane.

In his hearing with the stewards, Vettel noted that the bollard had not been installed during the first practice session held earlier in the day. However, the stewards argued that the race director’s event notes for the weekend were “clear” in the matter and that failing to follow the instruction was worthy of a reprimand.

Any driver who is handed five reprimands in a season will receive a ten-place grid penalty for the next grand prix start, so long as four of the five are for driving-related offences.

The reprimand is the first of the season for both Vettel and Gasly, while it is the second of the year for Lance Stroll after he received his first reprimand following an impeding incident with Yuki Tsunoda in practice during the season-opening Bahrain Grand Prix.

The chicane will be a focal point for drivers and teams in Sunday’s race. Freitas has expressed to the teams that any driver who misses the chicane at the and of the lap on three occasions during the race will receive a black-and-white ‘unsportsmanlike conduct’ flag.

Vettel has fallen foul of the rules regarding missing corners in Montreal back in 2019, where he missed the turn three/four chicane while in the lead of the race and rejoined ahead of Lewis Hamilton, who had to lift off the throttle to avoid contact. The stewards later handed Vettel a time penalty that would be added to his race time, meaning that while he crossed the finish line first, he was demoted to second place after the cheuqered flag, elevating Hamilton to victory.

The action by the stewards has no bearing on any of the three drivers’ superlicence penalty points.