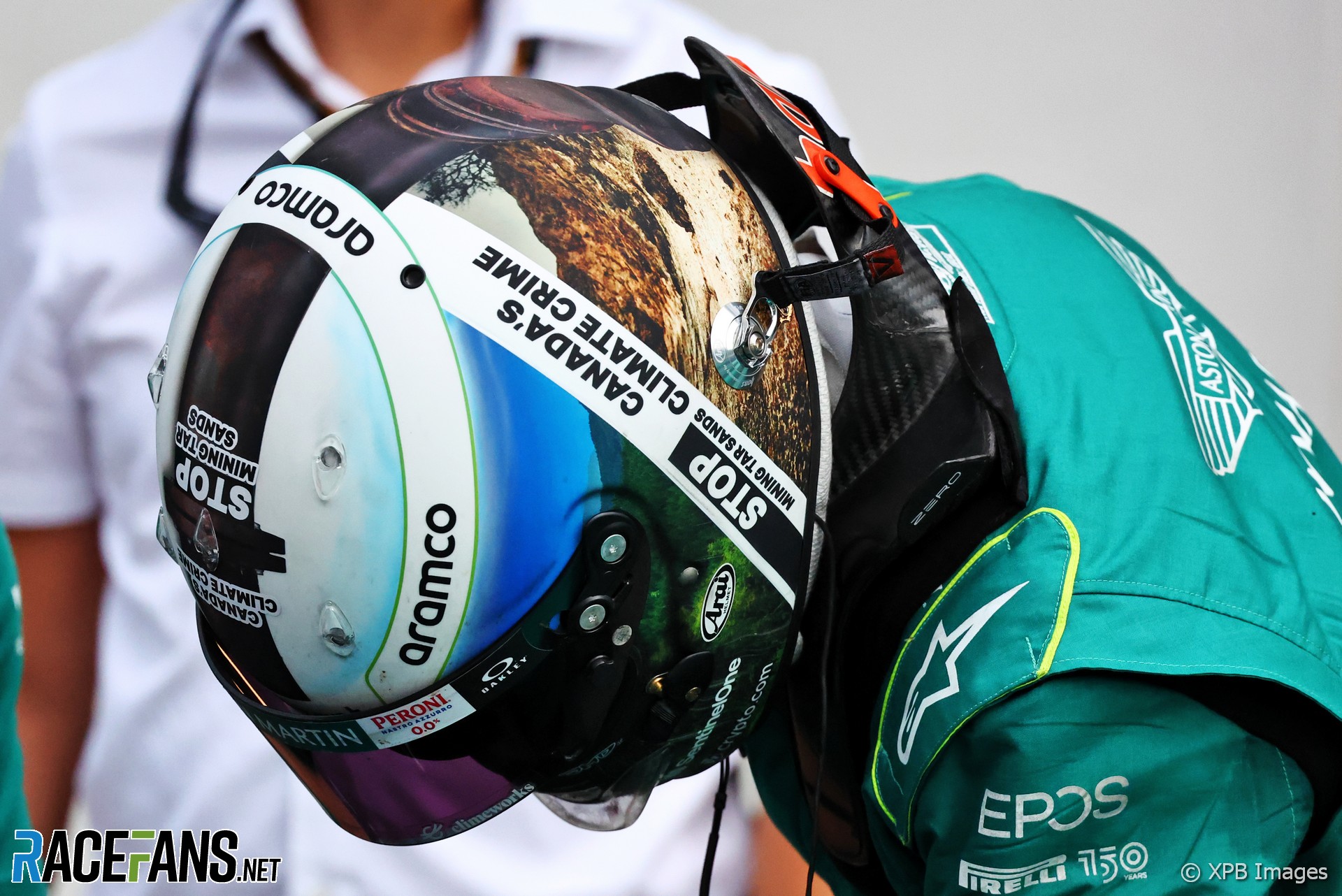 Sebastian Vettel responded to Canadian politician Sonya Savage’s description of him as a hypocrite by stating: “Yes, I am.”

The Aston Martin driver said he was disappointed the Alberta politician resorted to a personal attack in reaction to his environmental activism.

Vettel is wearing a special helmet design at this weekend’s Canadian Grand Prix highlighting the environmental impact of Canada’s oil sands mining. He was also pictured in a T-shirt of similar design earlier this week.

The Athabasca, Peace River and Cold Lake oil sands combined form the world’s third largest known deposit of crude oil. However, extracting oil from the heavy sands is three to five times more energy intensive than pumping it from wells and has devastating environmental effects.

The deforestation required to access the mining sites, and emission of run-off and oil-infused sand, has created what is called the world’s most environmentally-destructive oil mining operation.

Vettel called the operation, which has also waged a bitter fight with Canada’s marginalised indigenous peoples over a pipeline and ongoing environmental concerns, “criminal” during a Friday press conference at the Circuit Gilles Villeneuve.

Alberta minister for energy, Sonya Savage, called Vettel a hypocrite for expressing his views, pointed out he drives in Formula 1 for a team sponsored by Saudi Aramco, which is reportedly the world’s largest polluter.

Vettel agreed with the description of his views as hypocritical. But he said such personal attacks risk missing the “bigger picture” of the climate crisis.

“Yes, I am a hypocrite doing what I do for a living or doing what I love. We all have different passions, this is the way I sort of paint my canvas.”

“There are solutions for the future to make it more sustainable and not rely on fossil fuels and the future, in that regard, looks exciting,” Vettel added. “I think it’s disappointing that we break it down to a personal level and miss to look at the bigger picture.

“What’s really important is the message that we need to make the switch and get out of fossil [fuels] and start to base our whole lifestyle on renewables. So I think that’s the bigger picture stuff that I’m trying to address.”