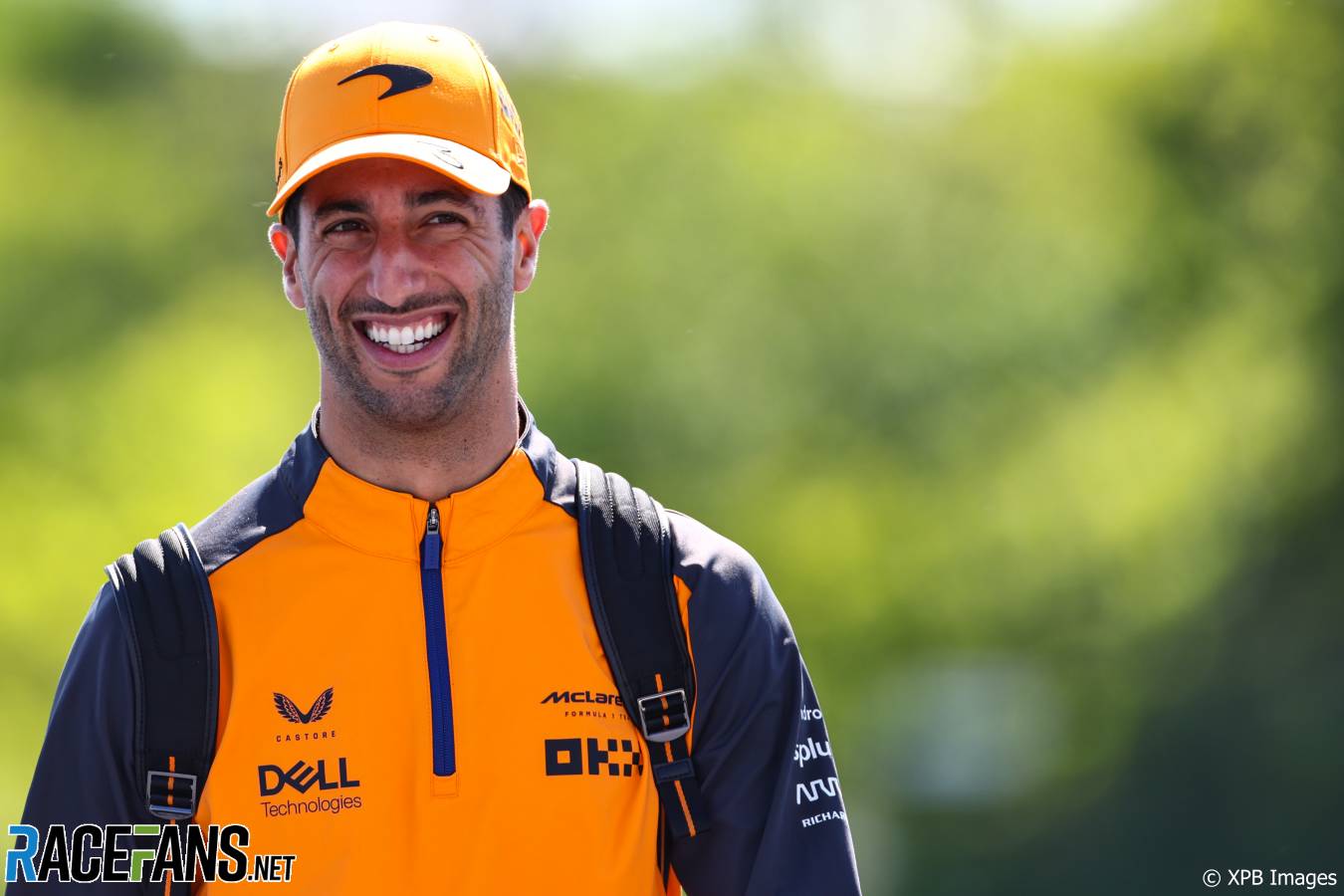 In the round-up: After a difficult spell of races, Daniel Ricciardo says he’s making progress at McLaren.

Ricciardo happier in car since Monaco

After comments by McLaren Racing CEO Zak Brown prompted speculation over Ricciardo’s future, the driver endured a difficult weekend in Monaco where he was well behind team mate Lando Norris.

However following informal conversations with the team’s top management and more work on the team’s simulator, Ricciardo has seen signs of genuine progress.

“It’s also not like I needed a kick up the arse,” he said after the Canadian Grand Prix. “I’m not silly, I know where my results are and I know what’s good and what isn’t. It’s really them just trying to, again, see if there’s anything they can do to help.

“But I felt like we did have a little breakthrough after Monica over at the factory on the sim, we tried a few things and I think even though our result today wasn’t good, I think the last couple of weekends have certainly been better and shown more promise.”

FIA Formula 3 racer Jonny Edgar will make his return to the series this weekend. After starting the season at the Bahrain double-header he missed the last four races due to illness.

The Red Bull Junior driver was diagnosed with Crohn’s disease, which causes inflammation of the digestive system. He said on social media yesterday he has “now improved sufficiently to make my return to racing” at his home round next weekend with Trident.

“As well as my family and friends, I have so many people I would like to thank for making this possible, particularly Dr Helmut Marko and everyone at Red Bull, Trident Motorsport, Dr Phil Batty, Mr Mike Davison, Dr David Nylander, Dr Ally Speight and their team at RVI Newcastle, Sam Village, Jeff Thorpe and the BRDC.”

Hamilton “disgusted” by US abortion ruling

Lewis Hamilton took to social media to condemn yesterday’s ruling by the United States Supreme Court that the country’s constitution does not provide a right to abortion, overturning a precedent which was established in 1973.

“Disgusted by the decision made by the Supreme Court in the US today,” said Hamilton. “I don’t understand why some in power pushed and continue to push to strip rights away from millions of people. This decision will impact the most vulnerable among us. Women, people of colour, members of the LGBTQIA+ community and so on.”

“The following organisations provide resources to protect the people that need it and fight to ensure peoples rights to choose,” he added. “Planned Parenthood is matching donations. The ACLU is fighting to expand access and protect reproductive rights and fundamental freedoms.”

Valtteri Bottas toured the city centre of Milan in a Formula 1 car yesterday to celebrate the marque’s 112th birthday. He drove one of the Sauber team’s earlier cars repainted in its current Alfa Romeo colour scheme.

This one is for all the 90’s kids like myself who played these games non stop. Collected the cards, watched the movies. Heck I still play the games and collect the cards! Love this one 😁 @BellRacingHQ pic.twitter.com/j5fQLReQ0N

I can say that I had a fun day 🍩😜@alfaromeoorlen pic.twitter.com/81kqYru6aa

This place in Germany was my home when I was 15 years old. I left Mexico chasing the impossible dream!
Never give up on your dreams, keep fighting for them no matter how distant and crazy they seem.#DreamOn #NeverGiveUp pic.twitter.com/o85WAT3cNE

Newey interview: ‘When the surgeons said I could have brain damage, I left hospital’ (Evening Standard)

'It’s unfair to compare drivers from slightly different eras, but Max is right up there. I think this image of the aggressive driver is over-egged. Perhaps in his early races in F1 he was quite aggressive, but last season that was unjustified.'

'He’s continued to struggle on road and street courses, which led to a Johnson-debunked report that he will only run ovals next year. 'I’m not sure where that has come from. It has not been in any discussions I’ve had or thought processes I've had,' said Johnson.'

'The four-race format is likely to be deployed in two consecutive rounds, with Vallelunga followed in September by a visit to the Red Bull Ring which also has a capacity of 37 cars. The format could return to normal for October’s season-ending rounds at Monza and Mugello where there is capacity for 49 and 46 cars respectively.'

MichaelN is convinced Charles Leclerc is the only serious contender Max Verstappen faces this year:

Whether or not the Ferrari is fast enough is debatable. Over one lap it is, but even when Leclerc has taken pole, Verstappen has on multiple occasions had little issue flying past the low top speed Ferrari. Leclerc has also been somewhat complacent in defending those positions, perhaps accepting that Red Bull was faster on the day and expecting that Ferrari would win plenty of other races. Problem is; they haven’t.

Verstappen’s lead in the championship is actually extremely impressive considering the huge advantage Leclerc had over him after Australia; it even prompted Verstappen to dismiss talk of a championship. After a good first few races, Ferrari’s title challenge has collapsed almost beyond fixing through driving errors, tactical mistakes, lack of reliability, a lacklustre second driver, and no fix in sight to their number one issue when it comes to actual races: low top speed. It means they get stuck in traffic more so than Red Bull, can’t meaningfully oppose a DRS-assisted challenge, and even when they have the DRS-assistance they can’t overtake the Red Bulls.

That said, it’s absolutely true that everyone except Leclerc is not a serious contender. Pérez and Sainz aren’t quick enough, and Mercedes can beat Alpine and collect points when Red Bull and Ferrari DNF, but their car is simply too slow.
MichaelN

45 comments on “Ricciardo encouraged by “little breakthrough after Monaco””