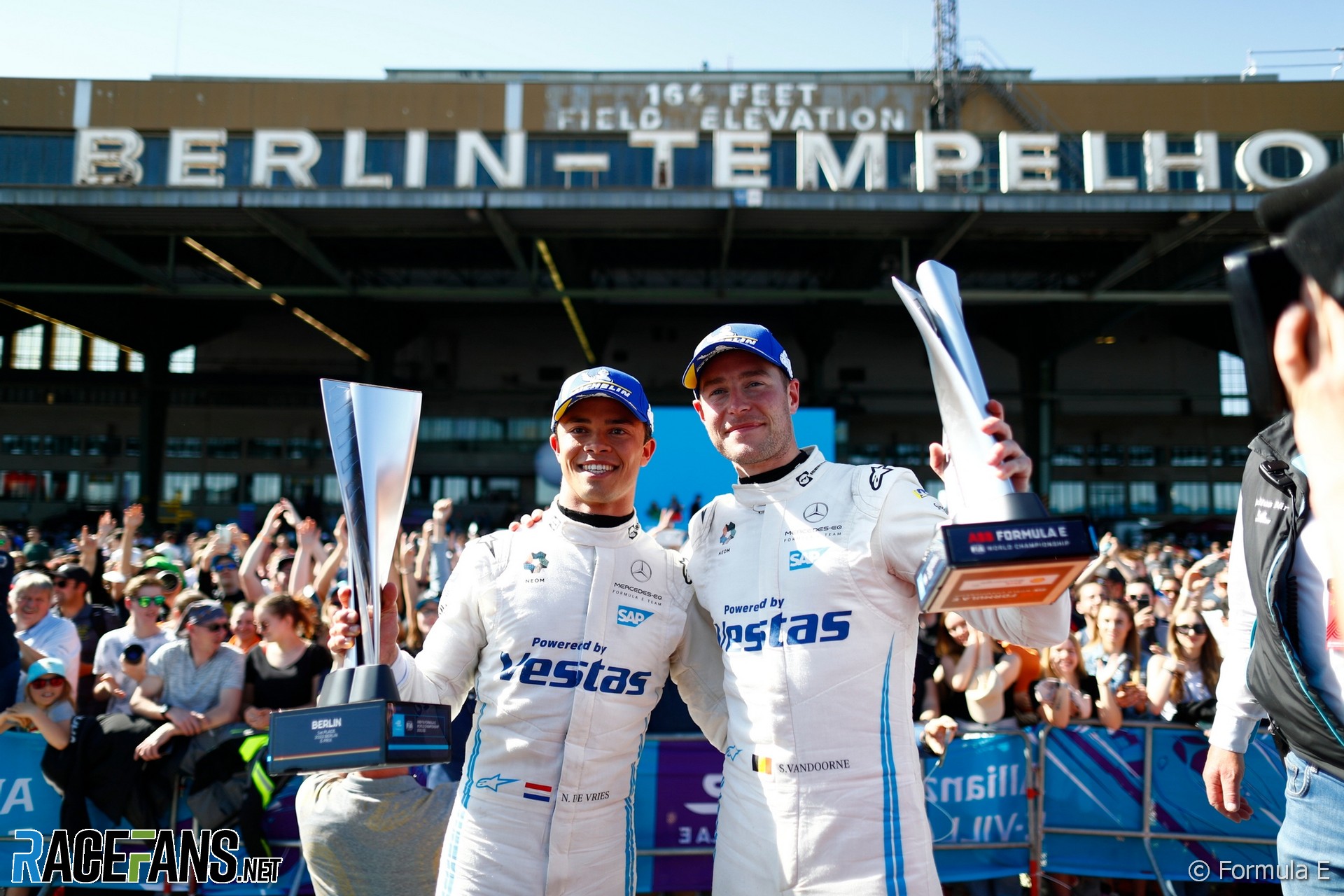 McLaren’s Formula E team will have an all-new driver line-up when it takes over Mercedes’ entry at the end of the season.

Stoffel Vandoorne and Nyck de Vries have been the team’s drivers since Mercedes entered the series in 2019. Vandoorne leads the standings and De Vries is the reigning champion.

However both will move on at the end of the season when the team morphs into McLaren’s new Formula E entry. McLaren Racing CEO Zak Brown confirmed the team will have a new driver line-up speaking to RaceFans and other media at the team’s headquarters today.

The team has already announced one of its two Formula E seats next year may be filled by Felix Rosenqvist. He already drives for their IndyCar team, but his past success in Formula E makes him a candidate for a seat in the all-electric series as well.

Brown said the decision where to place Rosenqvist will be influenced by the availability of other drivers in both series.

“Ultimately, we’re trying to put the best driver line-ups across all of our racing activities,” he explained. “We’re expanding to the three cars in IndyCar. Felix is unique in he’s won in IndyCar and he’s won in Formula E so he can race in either.

“So it’s really dependent upon either who our other IndyCar driver is or who our other Formula E driver is, that we’ll then go ‘this is the best line-ups we can put together across our Formula 1, IndyCar, Formula E and Extreme E’.

“That’s why we’re undecided yet where we want to put him. It’s really based upon what’s the best line-ups we can put together across that.”

Brown said the team’s approach of signing Rosenqvist with the option of running him in various series wasn’t a model they would necessarily apply to other drivers.

“It’ll be on a case by case basis,” he said. “It made sense with the current situation we’re in now and Felix being able to win in both both series.

“I wouldn’t say it’s necessarily a way forward, it’s just an option based on who the driver is and what series we’re in and where we might have openings.”