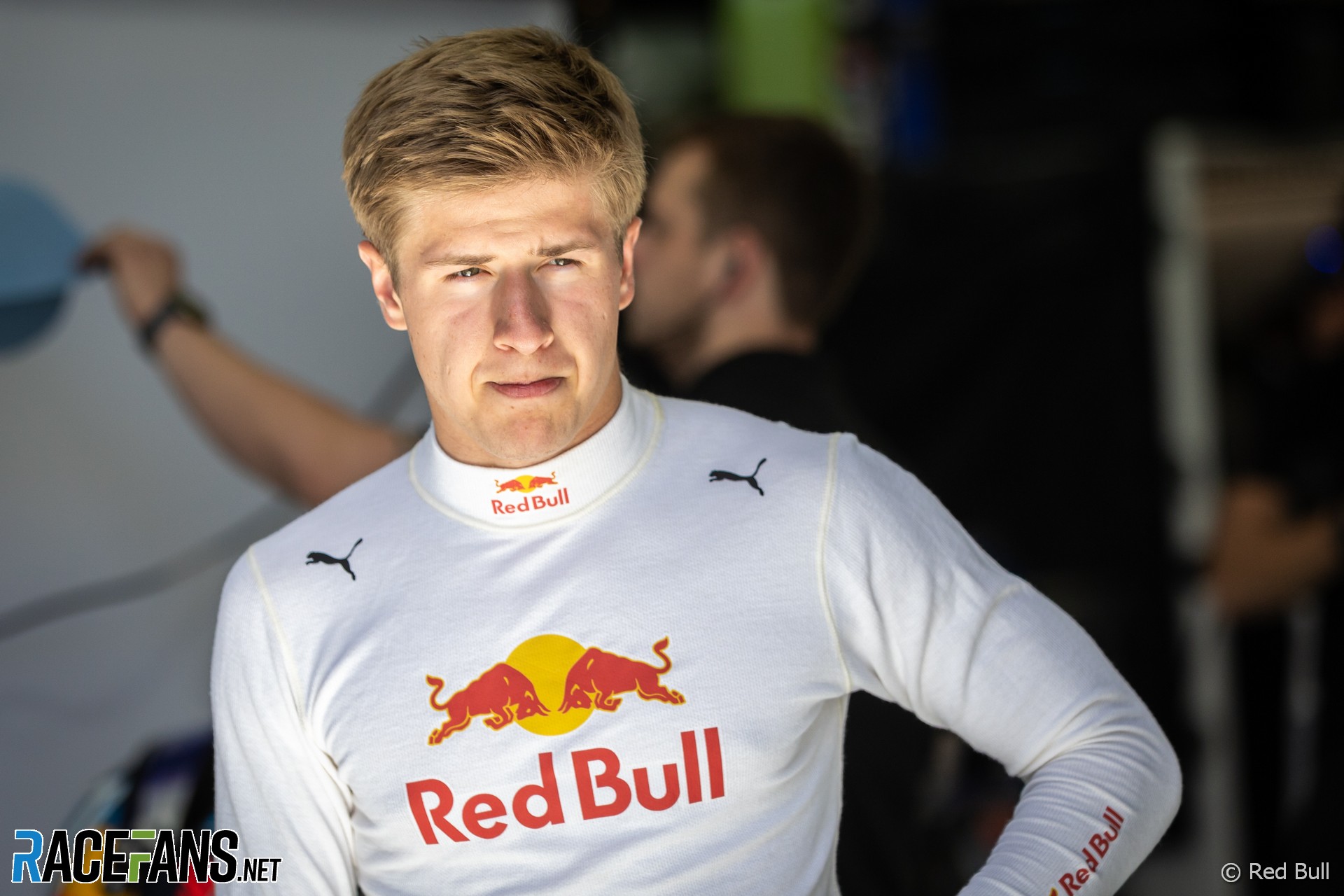 Red Bull has dropped Juri Vips from its Junior Team following its investigation into his use of a racial slur during a live stream last week.

Vips, 21, was the team’s official test and reserve driver. He participated in the first practice session for the Spanish Grand Prix for the team alongside Max Verstappen.

“Following its investigation into an online incident involving Juri Vips, Oracle Red Bull Racing has terminated Juri’s contract as its test and reserve driver,” the team said in a statement.

“The team do not condone any form of racism.”

Footage of Vips playing a Call of Duty on a live stream with fellow Red Bull Junior Team member Liam Lawson and others emerged last week. The phrase “bitch n*****” is heard at one point, following which several of the players responded: “Juri”.

Red Bull initially announced Vips had been suspended from his role at the team, which he joined in 2018.

Vips issued a statement last week in which he said he “unreservedly apologised” for the comment. “This language is entirely unacceptable and does not portray the values and principles that I hold,” he said. “I deeply regret my actions and this is not the example I wish to set.”

He was due to participate in this weekend’s Formula 2 round for Hitech. The team is yet to confirm its plans for the Silverstone round which begins a sequence of eight F2 races in July.