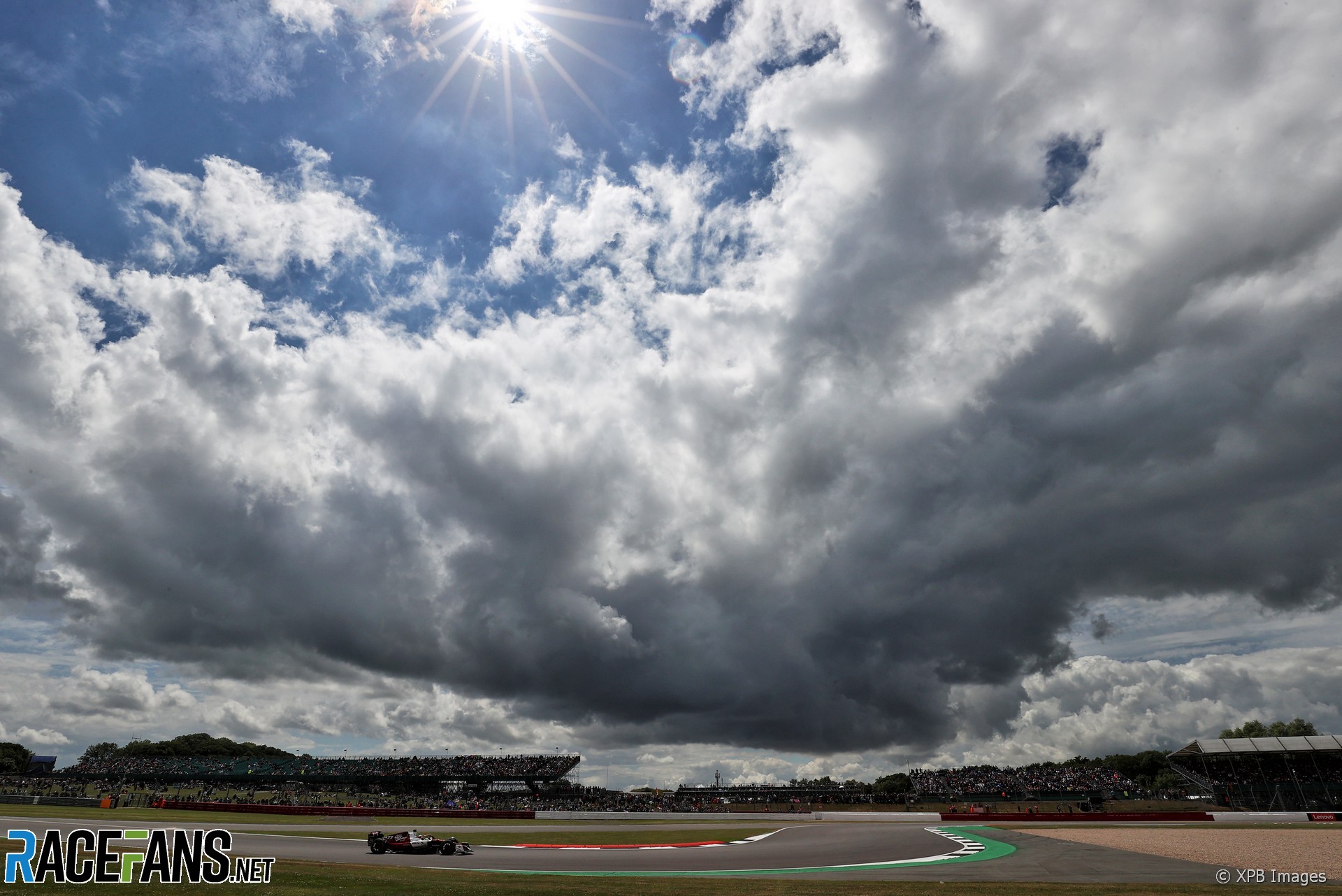 Valtteri Bottas was the fastest driver during a rain-affected opening practice session in which only half the field set timed laps.

A wet session saw many drivers reluctant to head out onto the circuit. A late spin for Lance Stroll at Copse corner ended running in the final minute, leaving Bottas as quickest overall from former team mate Lewis Hamilton.

Despite forecasts indicating a low risk of rain on Friday, a significant downpour hit the track after the green light illuminated at the end of the pit lane for the start of first practice.

Both Mercedes and Ferraris took to the track on intermediate tyres, but all bailed back into the pit lane save for Charles Leclerc who continued for a few sighting laps around the half-wet, half-dry circuit.

Leclerc was joined by Sergio Perez and the two Alpines of Fernando Alonso and Esteban Ocon – all out on intermediates – before Red Bull quickly abandoned the run.

Alexander Albon took the revised Williams out for a single lap before returning to the pits. Sebastian Vettel took an extended run in the Aston Martin but did not attempt anything close to a flying lap.

Eventually the rain stopped and the track conditions slowly began to improve, but with only a handful of cars out on the circuit, it took a painfully long time for the track to dry out. None of teams opted to send their cars out to help clear the circuit and the track fell silent for over 20 minutes as all 20 drivers sat in the garage.

Eventually, with only ten minutes remaining, Lewis Hamilton took to the track on intermediates but it became clear that the first and third sectors were almost dry enough for slicks.

Hamilton became the first driver to move onto slick tyres, switching onto soft tyres and moving second quickest on the dry tyres, behind his former team mate Valtteri Bottas who went quickest with a 1’42.249 on the intermediate tyres.

A group of cars took to the circuit on slicks in the final minutes of the session. However, none had the opportunity to improve their best lap times as Stroll spun his Aston Martin into the gravel at Copse corner, bringing out the red flags. With under a minute remaining, practice was effectively over, leaving Bottas as the quickest driver at the end of the first session of running.

Hamilton ended the session second, the quickest of the times set on dry tyres. Carlos Sainz Jnr was third in the times, with Ferrari team mate Leclerc fourth.

Mick Schumacher was fifth for Haas, with Zhou Guanyu in sixth. Kevin Magnussen, Stroll, Yuki Tsunoda and Sebastian Vettel rounded out the top 10 – the only drivers to log any form of timed lap over the hour long session.