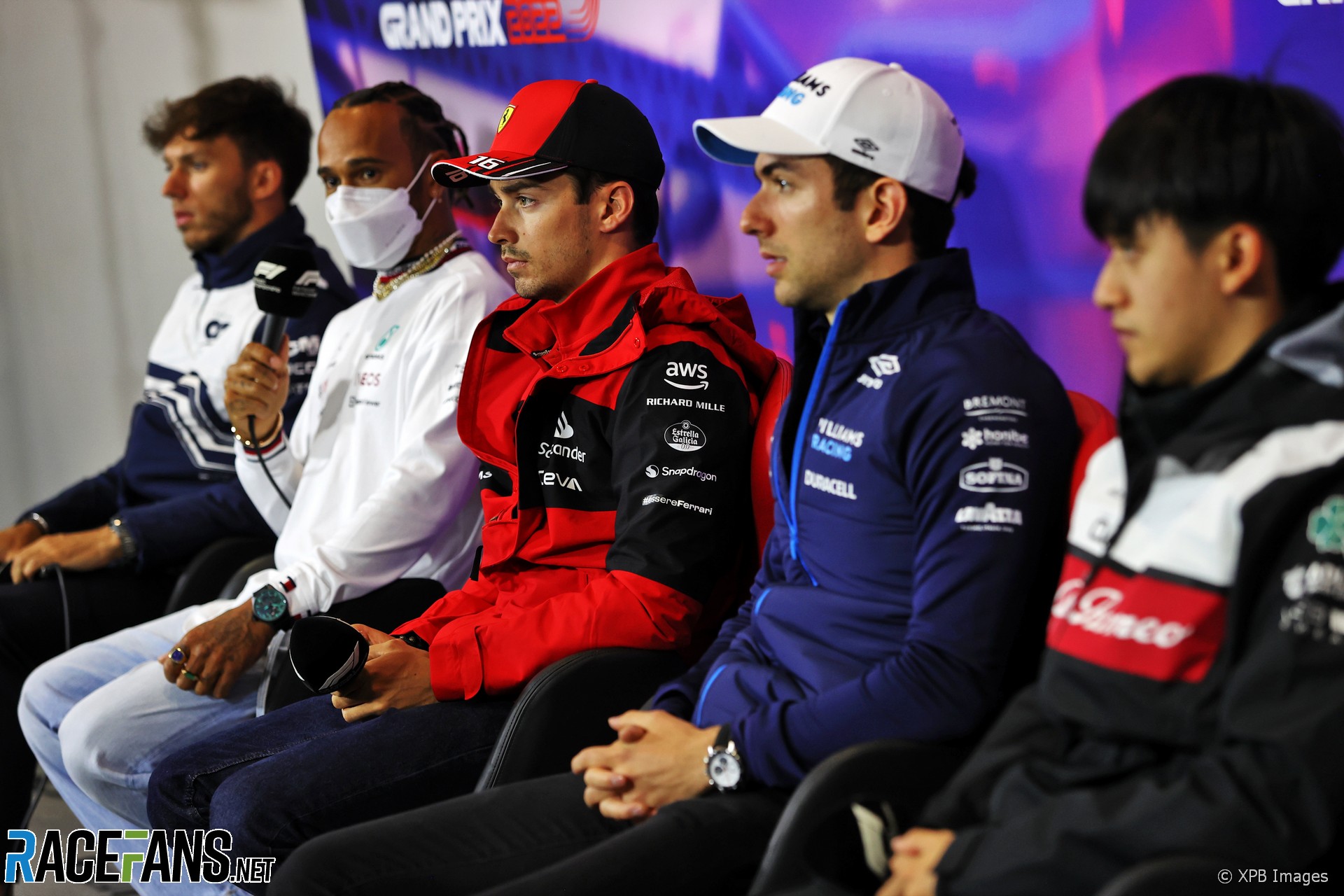 Several Formula 1 drivers backed Lewis Hamilton’s call for teams to support a charter to encourage greater diversity and inclusion of people from under-represented backgrounds in the sport.

They gave their support to Hamilton’s diversity initiative, proposed by his Hamilton Commission last year, following the widespread criticism of Nelson Piquet’s use of a racist term when referring to Hamilton in an interview which emerged recently.

The three-times world champion apologised for using an offensive term to refer to Hamilton in the 2021 interview conducted in Portuguese, but claimed there was no racist intention behind its use.

Speaking ahead of this weekend’s British Grand Prix, Hamilton urged all 10 F1 teams to sign up to a charter proposed by his Hamilton Commission and take steps to encourage greater diversity and inclusion of people from under-represented backgrounds.

“We really need F1 and all the teams that have committed to signing this F1 charter that I’ve done, with the Hamilton Commission, to work and also to put funds towards [diversity and inclusion],” he said. “It’s not good enough just saying we are also focused on it and just lip service.”

Many of Hamilton’s fellow drivers voiced their support for efforts to increase participation of people from under-represented groups in Formula 1, including AlphaTauri’s Pierre Gasly.

“We’ve got to be united in a fight and Lewis is the biggest ambassador we have in our sport and it needs to go beyond our sport,” he said in yesterday’s FIA press conference.

Williams driver Nicholas Latifi questioned why some teams on the grid would not have already signed up to the Hamilton Commission charter.

“Me personally, I’m not 100% aware of why it hasn’t been signed yet,” said Latifi. “Maybe that’s something that I could inquire about with my team, particularly.

“I think we’re all sitting here on the same page about what is still wrong in this world and in this day and age. Me personally, I do what I can to support that and I think us, as big a sport as we are and now it’s growing at an astronomical level, we have to do what we can to use our platforms, sports platform, the drivers’ individual platforms as well, because we do have a very big reach and anything we can to spread the positive message is needed.”

As the first ever Chinese race driver in Formula 1, Zhou Guanyu said he had suffered racist abuse on social media after Alfa Romeo announced last year he would join their team.

“From my side, I got a perfect example experience of that once I signed the contract last year,” Zhou said. “Obviously there’s quite a lot negativities, racist comments, which never should happen in any part of sports or in the world in general.

“It’s not just for us. As a driver – also Lewis – we’re trying to help the world going forward and it’s not just for us, it’s for the younger generation to set a better example for them. So I think everybody’s should really stay united. It equally doesn’t matter where you’re coming from, what job you’re doing. That’s the way we’re trying to build up for this platform in Formula 1.”

The British Racing Drivers Club announced it has suspended Piquet’s honorary membership, while RaceFans understands that Formula 1 has banned him from the paddock at all grand prix events.