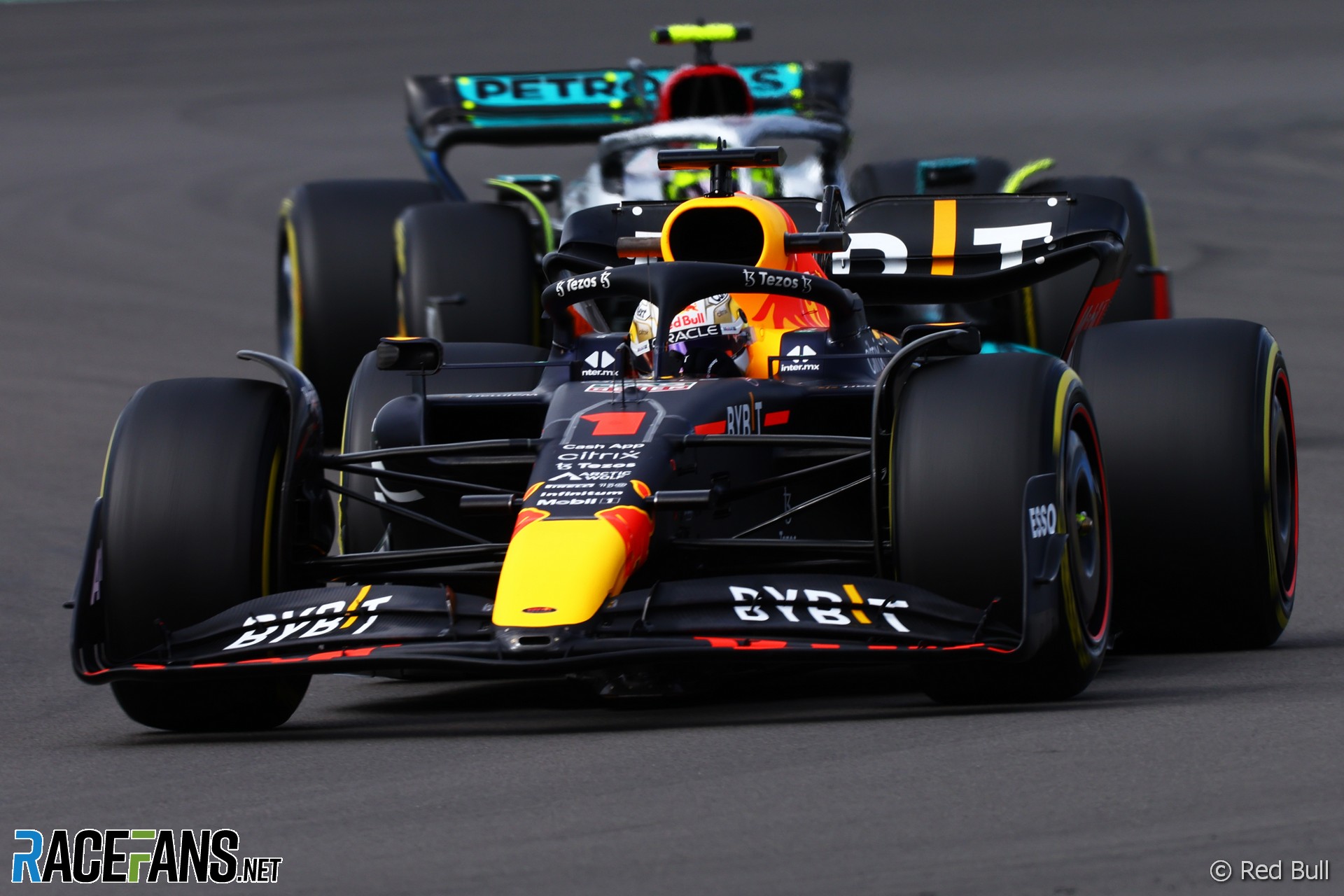 Mercedes is evaluating Red Bull’s sidepod design as it considers whether to persist with its unique ‘zeropod’ concept.

Fellow Mercedes power unit users Aston Martin and Williams have introduced upgrades to their cars in recent races which have moved them closer to Red Bull’s sidepod design.

However Mercedes’ technical director Mike Elliott says the obvious differences between the upper surfaces of their chassis and the championship leader’s doesn’t necessarily indicate why Red Bull’s car has been quicker than theirs.

“People look at the car and they look at the differences and think ‘that’s massive, that’s got to be the big difference that’s there’,” said Elliott. “I think an aerodynamicist would tell you the really important bits are what’s underneath the floor, the wings and the key aerodynamic structures. While the bodywork contributes to that, it’s not the defining feature.

“It’s been well-publicised the difficulty of what we’ve done with the narrow sidepod means you’ve got a big, cantilevered floor. Managing that and managing the stiffness of that is a challenge.

“I think we, like probably all of the teams, will evaluate what we’ve got, we’ll look at what others have done and work out what we think are the right ways forward. And I think for us so far the aim has been to generate as much understanding as quickly as we can and then work out what are the right things to do from there.”

Elliott said that even at the 10th race of the season it’s not yet clear which is the best approach to the 2022 Formula 1 regulations.

“Have we got the right concept? It’s almost impossible to say because you only sort of play your cars, you never play everybody else’s cars. As for the mechanical aspects of the car we’re learning like everybody’s learning and I’m sure there’s more to gain in that area.

“But I think we need to just keep chipping away at it. We’re pretty honest with ourselves, we’ve not started on the front foot and we just need to look at where our weakness is, look at how we improve and just keep bringing those upgrades as fast as we can and within the cost cap as well.”

Mercedes won’t be too proud to follow Red Bull’s lead on design if they eventually decide it is the best way to develop their car, said Elliott.

“The bodywork bit, the bit that’s visibly different, is probably not the key differentiator, it’s the detail in the floor design. We’ve evaluated some concepts in that direction.

“I’m not going to say which way we’re going to go but we’ll look at that. I think we’d be silly not to have a level of humility that you think you’ve potentially got it wrong and you go and look at what everybody else has done. And that’s not just the Red Bull concept, that’s looking at all the concepts up and down the grid and saying what looks interesting and why.”

Elliott said the team will only move towards a different concept if they are confident they understand exactly how it performs and that is offers an advantage over their current design.

“[What you] try to do is understand what you think is happening in the flow field, work out what you want to do with the flow field and then develop the bodywork shapes from there. So we’ll go and look and say ‘what do we think the Red Bull bodywork does and why does it do that?’ And the same for all the other cars up and down the grid, and see what we can learn from that.