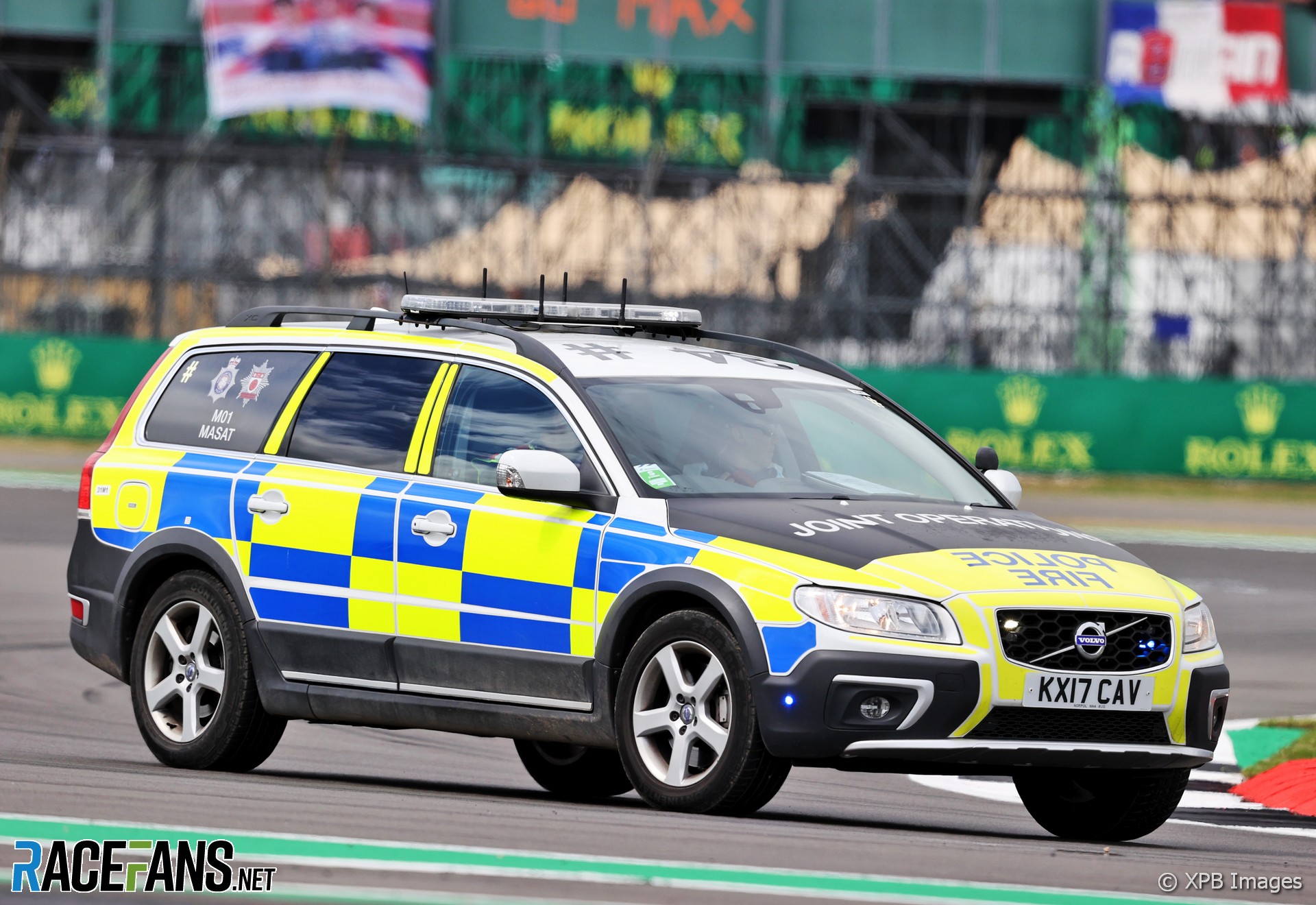 Six of the seven people who were arrested over the protest at Sunday’s British Grand Prix have been charged, Northamptonshire Police have confirmed.

One further man has been released pending further investigations.

A group of protesters from the campaign group Just Stop Oil ran onto the circuit at the exit of the Aintree corner shortly after the original start, which was red-flagged due to Zhou Guanyu’s crash at Copse. The police noted the group had brought glue with them.

Northamptonshire Police said in a statement “David Baldwin, 46, of Stonesfield, Witney, Emily Brocklebank, 24, of, Yeadon, Leeds, Alasdair Gibson, 21, of no fixed abode, Louis McKechnie, 21, of London, Bethany Mogie, 40, of St Albans, Hertfordshire, and Joshua Smith, 28, of Manchester, have all been charged with conspiracy to cause public nuisance.”

“The charges relate to the incident after the red flag when a group of people entered the track during the race in possession of glue,” it added.

The six appeared at Northampton Magistrates’ Court today and all will return to the court in two weeks’ time. All were released on bail bar Smith and McKechnie, who were remanded into custody.

“A 43-year-old man who was also arrested in connection with the incident has been released under investigation pending further inquiries<" the police force added. James Skeet, a spokesperson for Just Stop Oil, told ITV yesterday the protest had successfully drawn attention to “the most critical issue facing humanity.”