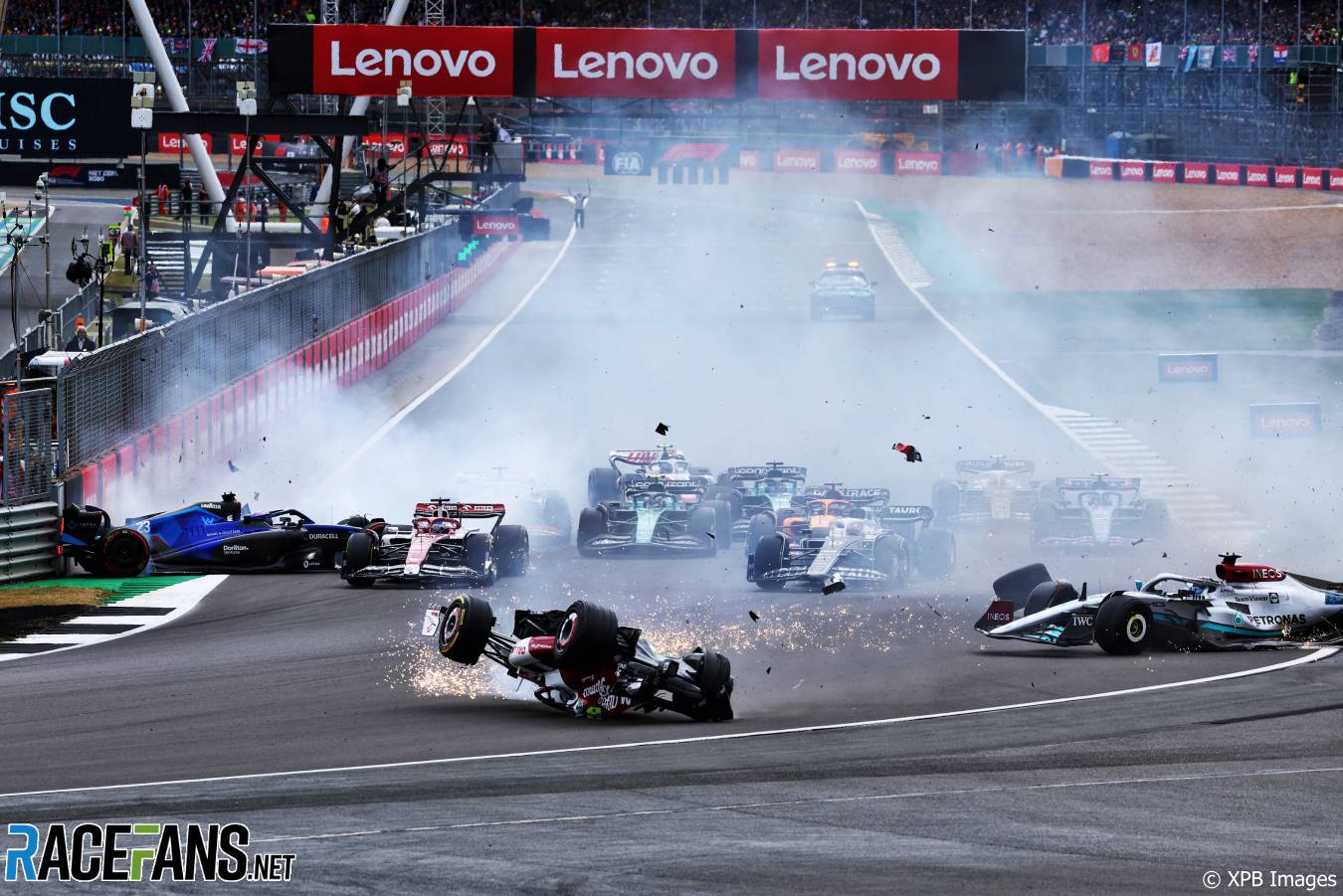 Zhou Guanyu believes his car’s roll structure gave way in his huge Silverstone crash because the initial impact exceeded the level it is required to withstand.

His Alfa Romeo was launched airborne following a collision with George Russell’s Mercedes at the start of the British Grand Prix. The roll hoop appeared to break as it took the weight of the car in the crash, and Zhou slid several hundred metres along the track supported by his halo.

Speaking to media including RaceFans ahead of the Austrian Grand Prix, Zhou said the team’s initial findings indicated the forces generated in the crash exceeded those of the impact test the roll hoops are subjected to.

“With that first impact, that’s where I landed, the first flip, the team said it’s still under investigation. But I think the first hit is much harder than what they tested for the safety test,” Zhou explained.

“It’s a few times harder than the actual numbers we’re working on,” continued Zhou. “Obviously, that probably created the problem that [it] came off straightaway.”

Formula 1 cars must have principal and secondary roll structures which are capable of passing a series of impact tests described in the technical regulations. These include a vertical load of 105kN applied to the principal roll structure.

However Zhou said the aspect of the crash which concerned him most was the position his car landed in, having cleared a tyre barrier and fallen between it and the debris fence it hit. This made it difficult to extract the driver from his overturned car.

“I’m more just curious that maybe in the future they can do something just between the barriers so you don’t have another driver get stuck in between that,” he said.

“If they can make it a little bit longer, wider or narrow, it kind of just plays a bit more in hand<" he said. "Either having no gap or a little bit wider. Because my position [was] probably the worst position, if something caught on fire. So it's not ideal." [leaderboard2]