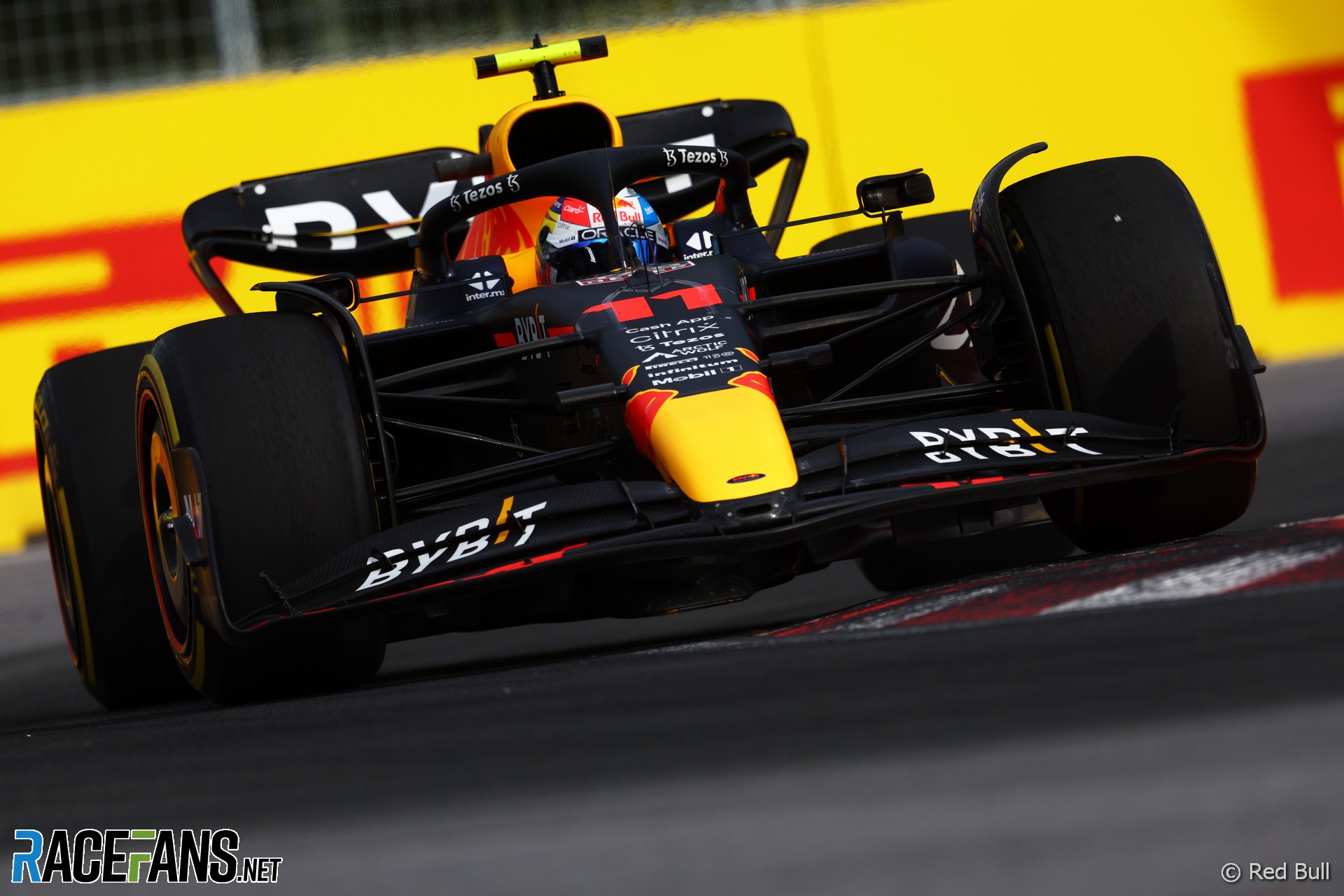 Red Bull have brought more updates for their RB18 at this weekend’s Austrian Grand Prix, while Ferrari and Mercedes’s cars are unchanged.

Only four teams introduced revisions to their cars for the race at the Red Bull Ring, the FIA confirmed. Mercedes, Ferrari, Alpine, Aston Martin, Alfa Romeo and Haas are all running unchanged cars.

Red Bull say two of their updates are aimed at improving the reliability of their car. Sergio Perez posted the team’s fourth race-ending technical failure in the Canadian Grand Prix last month. The team has also been compromised by reliability problems during races, as happened to Perez at the Miami Grand Prix.

Williams have also brought a further minor change to their car. The team introduced a massive update package on its FW44 at the last race on Alexander Albon’s car only. This was badly damaged in the crash at the start, but the team have been able to repair his chassis.

However team mate Nicholas Latifi, who was due to receive the upgrade at the next race in France, may now have to wait longer to get his hands on the updated specification.

Description: “An option for a central cooling exit in the top body is available for the Austrian GP and trades cooling as well as overall efficiency with the louvres in the sidepods.”

Description: “In order to improve flow stability at all ride heights, a revision to the fences is becoming available for Austria and has reduced loading near the leading edges.”

Description: “The modification of the rear brake duct scoop surface aims at improve local flow in the area resulting in improved aerodynamic and brake cooling performance.”

Description: “Small trim to the rear wing endplate lower edge with the aim of increasing clearance to components in close proximity.”

Difference: “A revised outboard top rear wing with a bigger end plate notch compared to the previous version of this downforce level.”

Description: “The top rear wing is offloaded on the outboard ends, which gives a drag reduction and more downforce from the bigger end plate notch.”

Difference: “Compared to the launch assembly, we have updated the majority of the front suspension leg cladding surfaces.”

Description: “These changes are intended to reduce local flow separations and to also improve the onset flow to the rear of the car”