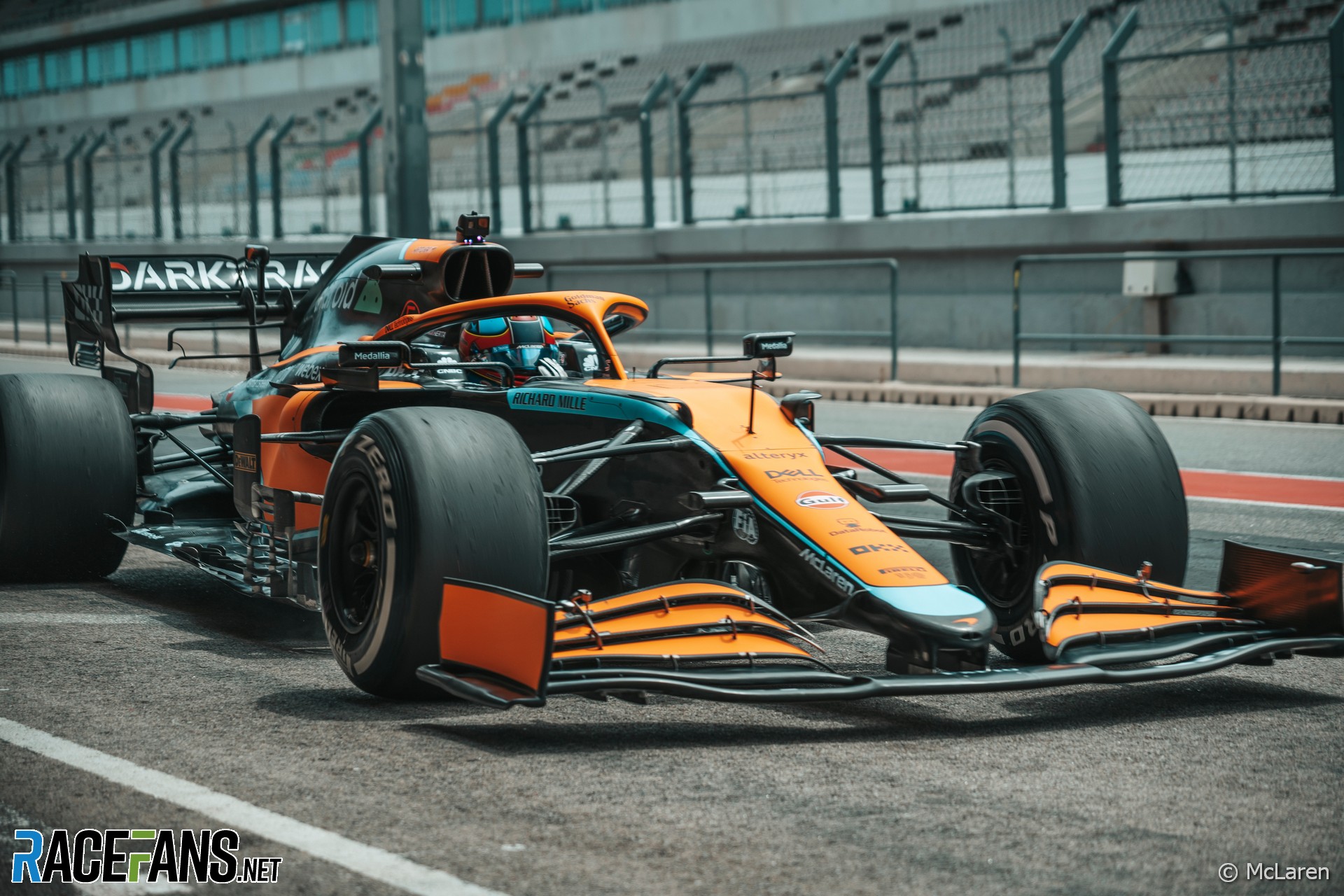 IndyCar race-winner Colton Herta felt he was close to lapping consistently at the limit after his two-day test for McLaren this week.

Herta, who joined McLaren’s test programme in March, drove last year’s MCL35M at the Autodromo do Algarve in Portugal on Monday and Tuesday this week.

“I did get really comfortable in the car,” he said in response to a question from RaceFans. “I could feel the limit, maybe not the consistency that would come with a few more [testing] dates, but I felt like I was close.”

“It was a lot of fun,” said the Andretti IndyCar driver. “A great two days getting acclimatised to the car, which is obviously quite a bit different to what I’m used to driving. A little bit of a different driving style. But the engineers were very helpful getting me up to speed.

“And what a car, what a car to drive. It’s really special not only to have a first test in a Formula 1 car, but in a race-winning Formula 1 car is even cooler.”

Even for a driver who has raced cars which average over 375kph at Indianapolis, the performance of an F1 car struck Herta.

“Letting off the pit lane speed limiter and all the torque it’s pretty incredible. Even when you’re in such low rpm, it’s still pulls. That was the biggest thing for me, the straight-line speed, the acceleration and the braking.

“Obviously, the cornering speeds were higher than what you would get in an IndyCar, but it didn’t stick out to me as much as how impressive the acceleration and how easy it was with all this horsepower to put the throttle down. That was the biggest thing.”

Another significant difference was the power-assisted steering, which gave “a completely different feel”, said Herta. “Obviously, the feeling that you get from an IndyCar is way different, a lot because of the lack of power steering. So the overall kickback and smoothness of the wheel doesn’t really transcribe to what you’d get in a grand prix car.

“So that was something to get used, slowing down the hands. Obviously the speed’s a lot higher on the road courses. But overall, it was good to get a feeling and a taste of what these things can do.”

Herta “felt comfortable right away” in the car but said it took until later in the test to begin putting his best lap times together. “I felt like I got to the limit about midway through the day but that was just separate corners being put together.

“Whereas at the end of the second day I was pretty confident in putting the laps together, low fuel and high fuel and everything in between. But it took a while for sure.”

McLaren is taking advantage of the opportunity to run an old chassis, under F1’s Testing of Previous Cars regulations, which it couldn’t do last year having just changed engine supplier. This meant they were able to conduct a lengthier test which gave Herta more time to learn the complexities of an F1 car.

“We are able to go through a lot of different things, a lot of different balance changes, mechanically, aerodynamically with the car,” he said. “Inside the car itself I got to play with all the other tools, settings and all that sort of stuff.

“So it was pretty cool to see the balance changes and what you could do with the car just inside the car, which is quite a bit more than what we are able to do in the IndyCar. So it is awesome, if you have a problem in one corner, you can adjust it at the flick of a finger.”

McLaren is using the test to evaluate whether to run Herta during a practice session this year. He said “it would definitely be something I’m open to,” though a one-hour session would offer him far less running time than he had this week.

“As far as the TPC test days, you can’t get better than that because you get the full track to yourself. You get all this time inside the car that obviously then FP1 in 60 minutes or so you wouldn’t get.