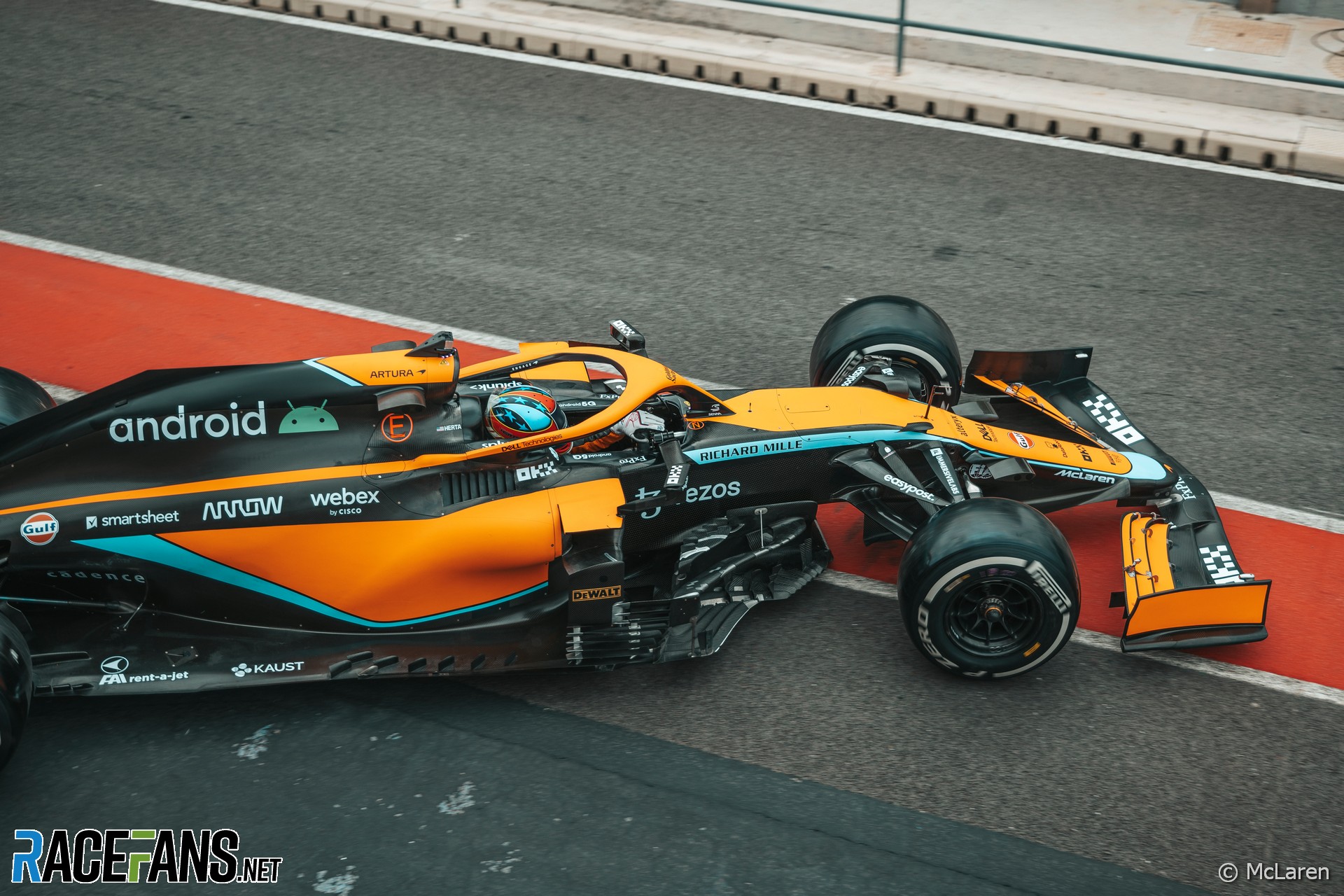 McLaren team principal Andreas Seidl says the team were “quite impressed” by IndyCar driver Colton Herta after he completed a two day test with them this week.

Herta, who currently races for the Andretti team in IndyCar, ran 162 laps for a total of 750 kilometres behind the wheel of a 2021 MCL35M across the two day test around the Algarve International Circuit in Portimao.

The test was conducted under Formula 1’s testing with previous cars regulations (TPC) and was the first time that the American had driven a Formula 1 car since signing a development deal with McLaren earlier this year. Seidl says that the two day test was simply aimed at acclimatising the 22-year-old to Formula 1 machinery.

“The objective for this test was to give Colton the chance to experience a Formula 1 car for the first time and explore its performance,” Seidl explained. “And that was the focus.

“When you do these two test days, there’s different testing objectives, obviously. First and foremost, giving Colton the chance to get used to the car, but then also switching focus on working on different driving techniques. For example, getting used to the different operational aspects of a Formula 1 race weekends, like comparing different tyre compounds, running at different fuel loads as well, quali runs to race simulation-like runs as well.

“I have to say, the team was quite impressed how Colton was dealing with all these challenges and with his professional approach.”

Seidl says that Herta’s thorough preparation for the test enabled him to get up to speed quickly and appeared fit enough to handle the over two race distances he covered.

“What was great to see as well was that his physical preparation was enabling him to really keep going throughout the two days, knowing how challenging this can be in a Formula 1 car on a track like Portimao,” Seidl said.

“In the end, this approach allowed him really to build up pace quite early, gain confidence and also finding always the right balance between taking risk and still keeping the car on the track, which is obviously important as well on a test like this. So, very happy with how the test went.”

McLaren will now analyse the data generated from Herta’s test in order to help them decide whether they want to run him in one of the two Friday practice rookie driver slots that all teams are required by the regulations to do this season.

“In the next days the team will go through the data in detail,” he said. “We’ll get an initial idea of the potential Colton has shown in our car and then we will have a better picture or a good idea. That will obviously be part of our evaluation as well for how the next potential steps could look like.

“As you know, we are obliged by the regulations that we have to run a Formula 1 rookie two times this year in a free practice one session. We plan to do that at the race weekends at some point after the summer break. So we still have time in order to decide when we actually do that and who we put in the car. That’s a process we’re in the next weeks.”

Herta is not the only current IndyCar driver to have tested with McLaren over the last year. In December’s end of season test in Abu Dhabi around the Yas Marina Circuit, the team ran their McLaren SP driver Patricio “Pato” O’Ward over one day of the two day test. McLaren are considering offering future opportunities to the Mexican driver, says Seidl

“Regarding further test opportunities for Pato, it’s something we are evaluating at the moment. He had a good test with us last year in Abu Dhabi. We were very happy as well with how Pato was preparing himself for that test, how he was, performing then throughout the test.

“I would say the initial impression or conclusion – even if it sounds like a boring answer – I’m happy with what both guys have shown so far.”