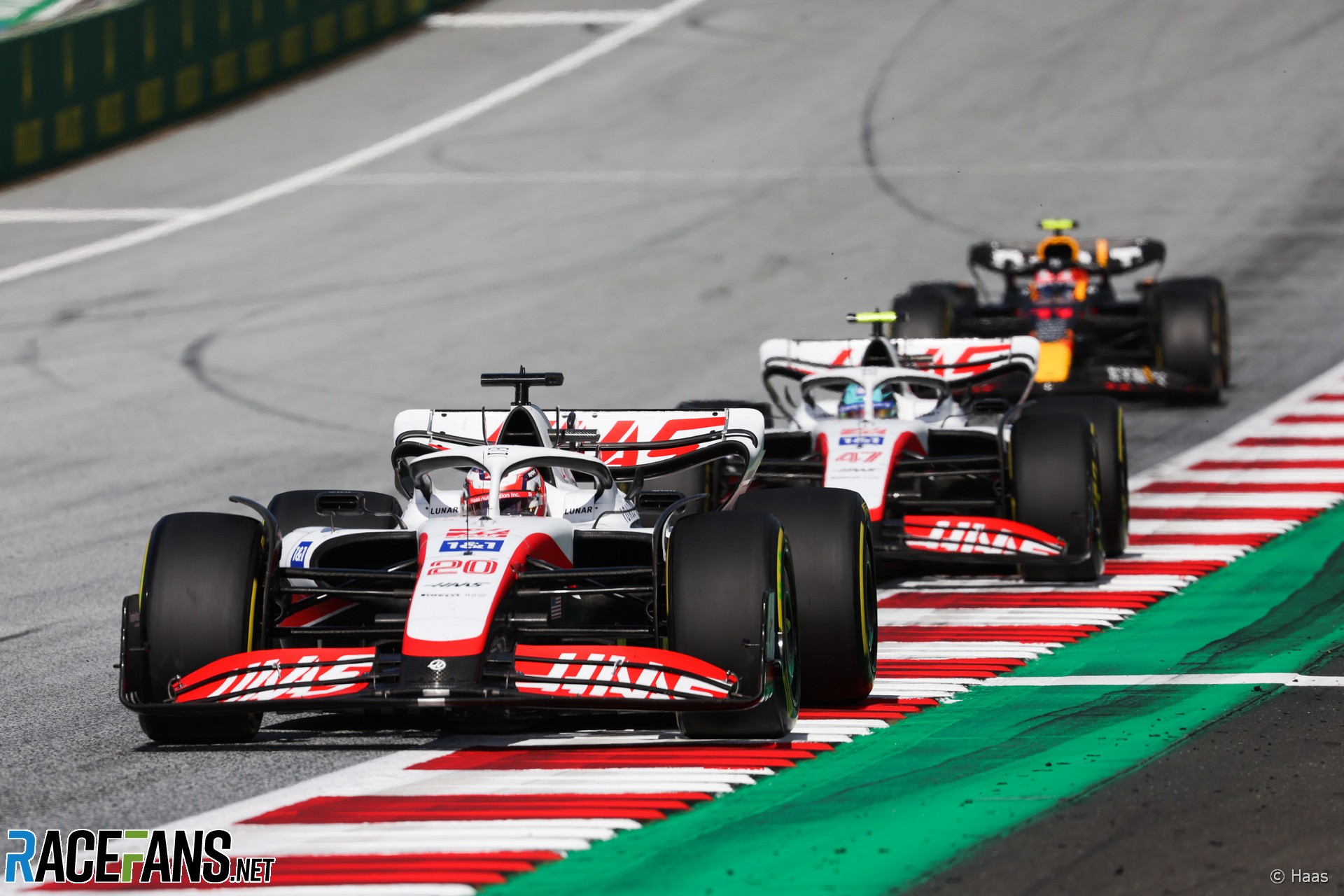 Schumacher finally claimed his first career points finish at his 31st race by taking eighth at the British Grand Prix at Silverstone, before following that up with a sixth place finish at the Austrian Grand Prix last weekend.

Alongside a tenth and an eighth place finish for Magnussen in the same races, Schumacher’s first points of the season helped to snap Haas’s run of five races without scoring and moved the team up to seventh in the constructors’ championship ahead of AlphaTauri. Magnussen says the results show that his younger team mate is making progress as a driver.

“We’re now P7 in the championship and that’s what we need,” said Magnussen.

“We need both drivers to be performing, because it’s tough when you’re the only one scoring points. It’s just better for the team if both are performing and he certainly has taken a big step the last two races, so it’s good.”

Despite the pick up of form for Schumacher, Magnussen says he has not noticed a change in attitude from his team mate. Asked if he felt Schumacher’s demeanour had changed since claiming his first points, Magnussen said “I don’t know.”

“I kind of focus on myself,” Magnussen continued. “I’m focussed on myself and I think Mick has seemed pretty much the same.”

Haas are currently expected to introduce their long-awaited upgrades to their VF-22 at the Hungarian Grand Prix following next weekend’s French Grand Prix. Magnussen hopes his team’s more conservative approach to upgrades compared to other teams on the grid means they will be more likely to prove successful.

“You’ve got to be careful with these upgrades, sometimes,” he said. “The other teams don’t seem to have found so much with theirs.

“Hopefully we can find something with ours, but it’s not like I’m expecting a huge change in the picture. I think if you can make a slight step forward, that’s good.”