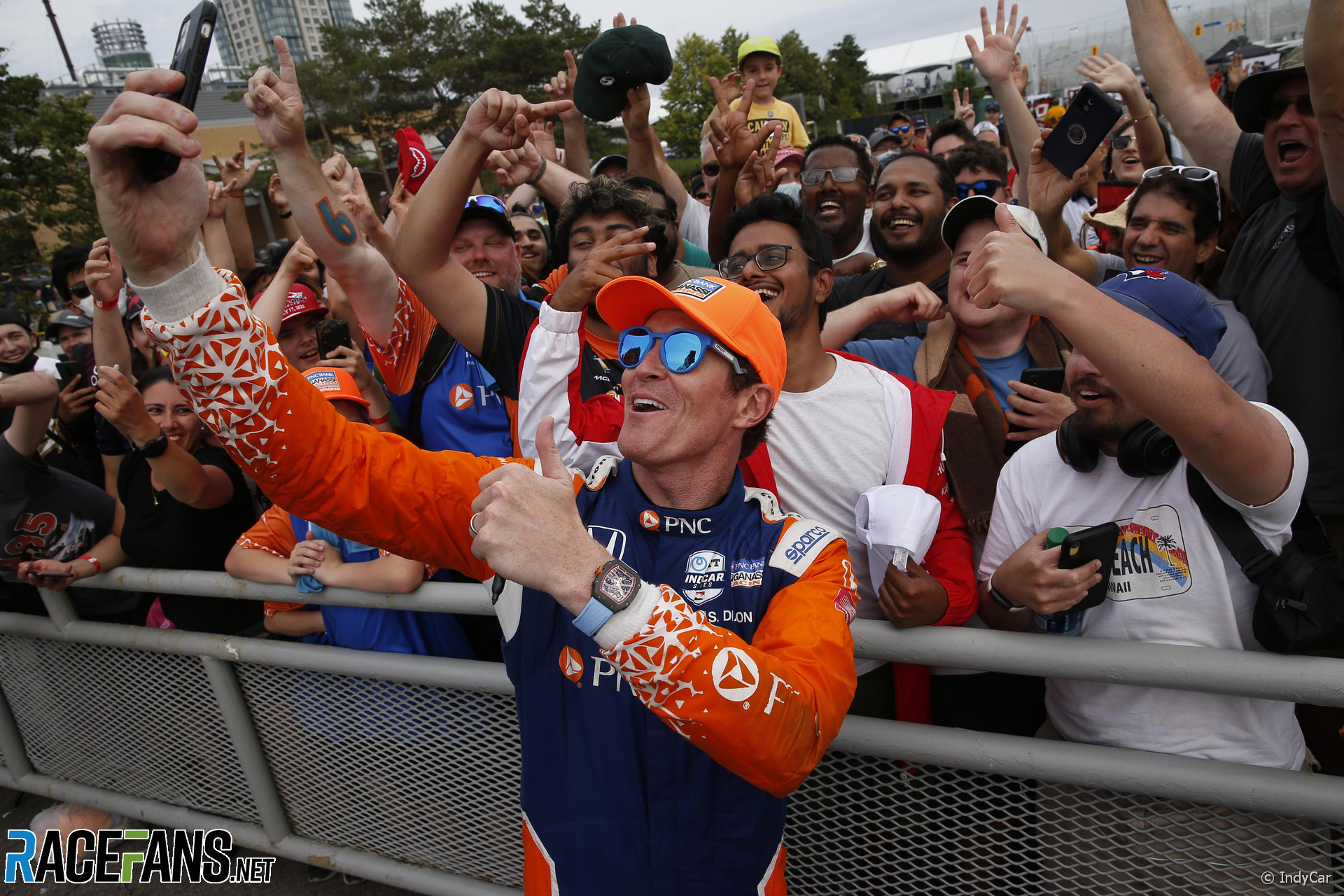 Scott Dixon’s victory in the 2022 Indy Toronto tied him with Mario Andretti for second on the all-time wins list. It also put him back into serious contention for his seventh IndyCar Series title with just seven races left in the season.

“It was a very special day in so many ways,” Dixon said after recording his 52nd career IndyCar victory. “It’s definitely been a bit of a dry spell for us. Sometimes that puts on a lot of pressure, not just me, but everybody on the team.”

“Today was just one of those days where I think the car was super fast all weekend.”

Dixon effectively took the lead after the first round of pit stops by undercutting pole sitter Colton Herta by a lap. The six-time IndyCar champion led a total of 40 laps to take his first win since his triumph at Texas Motor Speedway early last season, over 12 months ago.

“It’s been a bit of a blah year,” Dixon said frankly of his season prior to Toronto. “We’ve had loads of top fives, but they’re not going to win you a championship. We’re in the business of winning, right? I think that’s where it gets frustrating.”

Prior to the weekend, Dixon’s season had been defined by another agonising near-miss at the Indianapolis 500. The 2008 Indy 500 winner took the pole and led 95 laps, but a pit lane speeding penalty cost him what appeared to be a sure victory – opening the door for Ericsson to win the race and assume the lead in the IndyCar championship table.

“Detroit could have been a lot different. Road America, as well, and Mid-Ohio.”

“I think you start to hit a bit of a bottom-out. It’s weird, this sport – when you’re on a roll, you just think it happens, it’s easy, stuff like that. You maybe don’t really respect it as much. But there are low points. I’ve had these periods in my career just where you have to be really respectful of the sport. When it comes, you got to be extremely happy about it.”

Dixon now looks forward to what could be a major points-paying weekend at Iowa Speedway, which hosts two races on 23 and 24 July. “We had some good results, a second and fifth, last time we were there,” Dixon said of the 2020 races on the short oval. “We had a decent test there [in June]. I felt like we made some good gains.

“It’s going to be a big points weekend. I think the stretch that we’re in five races in four weeks is going to put a pretty good pressing note on how the championship is going to flow. I don’t want to predict anything in this sport. It’s too tough to do that. All I know is we will be trying as hard as we possibly can.”