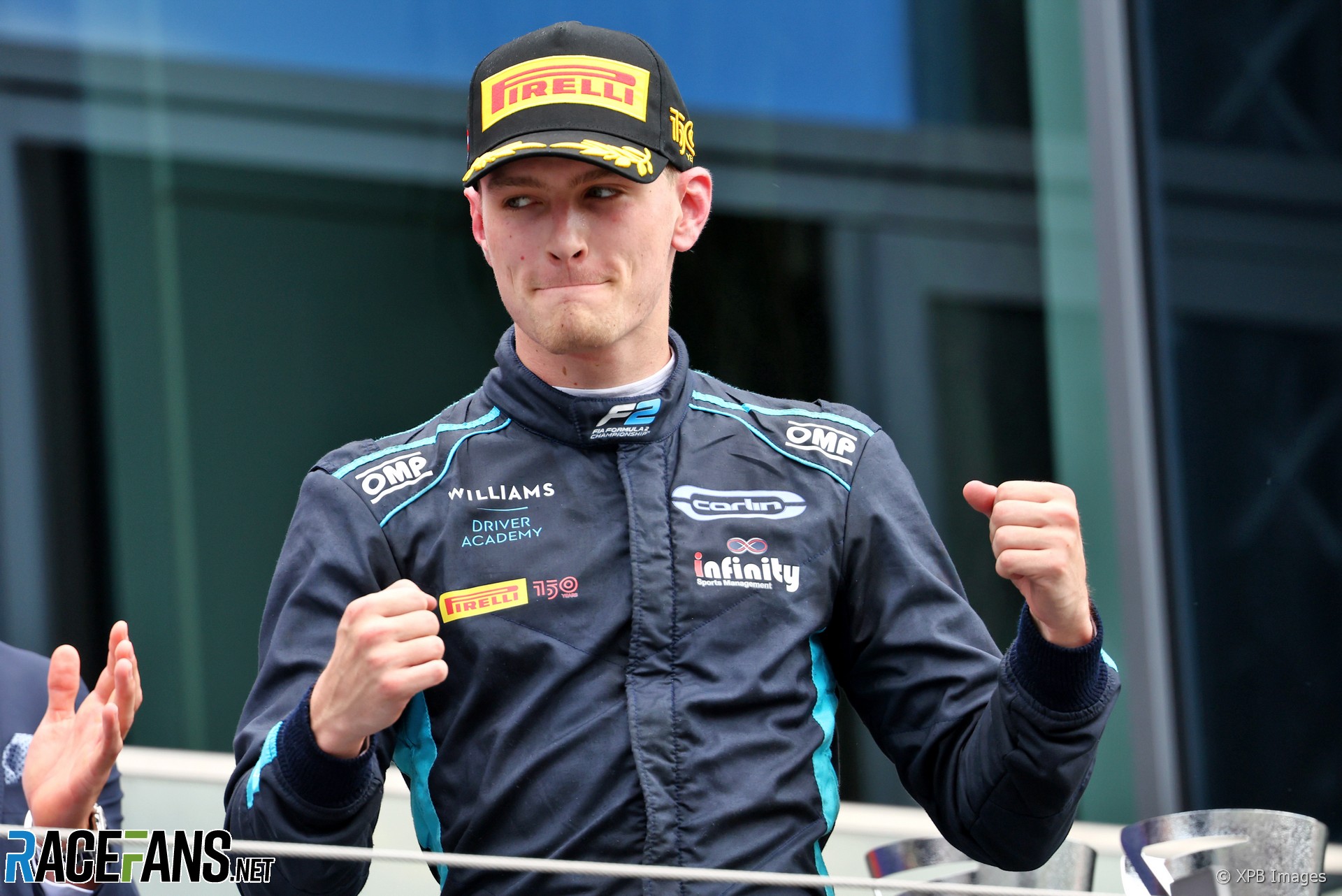 Williams team principal Jost Capito says American Formula 2 racer Logan Sargeant has shown he deserves a chance to drive for the team in a practice session later this year.

However reigning F2 champion Oscar Piastri, who is Alpine’s reserve driver, has also been linked to a move to Williams.

Sargeant arrived at Paul Ricard second in the F2 standings, 39 points behind Felipe Drugovich. He has won the last two feature races in a row and will start tomorrow’s from pole position after leading Friday’s qualifying session.

The FIA regulations for the 2022 F1 season require all teams to replace one of their race drivers with a less experienced driver during a Friday free practice session at least twice throughout the championship. Williams are already halfway towards fulfilling that quota after giving Formula E world champion Nyck de Vries a run in Alexander Albon’s FW44 in the Spanish Grand Prix.

Asked if Sargeant’s recent strong form has made him the prime contender to take the second Friday practice slot, Capito said “I think that would be obvious.”

“We haven’t announced yet, but of course we have our young driver academy that’s working very well,” continued Capito. “We had three good results recently and we had Logan who won the last two races in F2 – he put the car on pole yesterday. So I think he deserves to get into the car.”

Speculation over Williams’ driver line-up for the 2023 season has grown as Nicholas Latifi’s future at the team is in question. Rumours have linked Piastri with a race drive at Williams for next season.

Alpine CEO Laurent Rossi said today he expects both Fernando Alonso, whose contract expires at the end of this year, and Piastri to race in F1 in 2023. However one of Alpine’s seats for next year is already filled by Esteban Ocon.

Rossi confirmed he would be happy to see Piastri race for another team, albeit only temporarily.

“I’d be open to loan Oscar out to a team as long as I get him back,” he said during the FIA press conference on Saturday. “We invested heavily in Oscar, we believe in him, that’s why he’s our reserve driver. He’s a very promising talent.

“So a loan like any other driver starting in another team to learn the tricks and then coming back to us would be a good scenario.”

Capito stresses that any decisions made about Williams’ driver line up will be based on what is “best for the team”.

“I think we’ve got various options and it’s the options we are thinking about as well. And we will go for what we believe is the best for the team. But it’s too early to get into details because we are not there yet.”