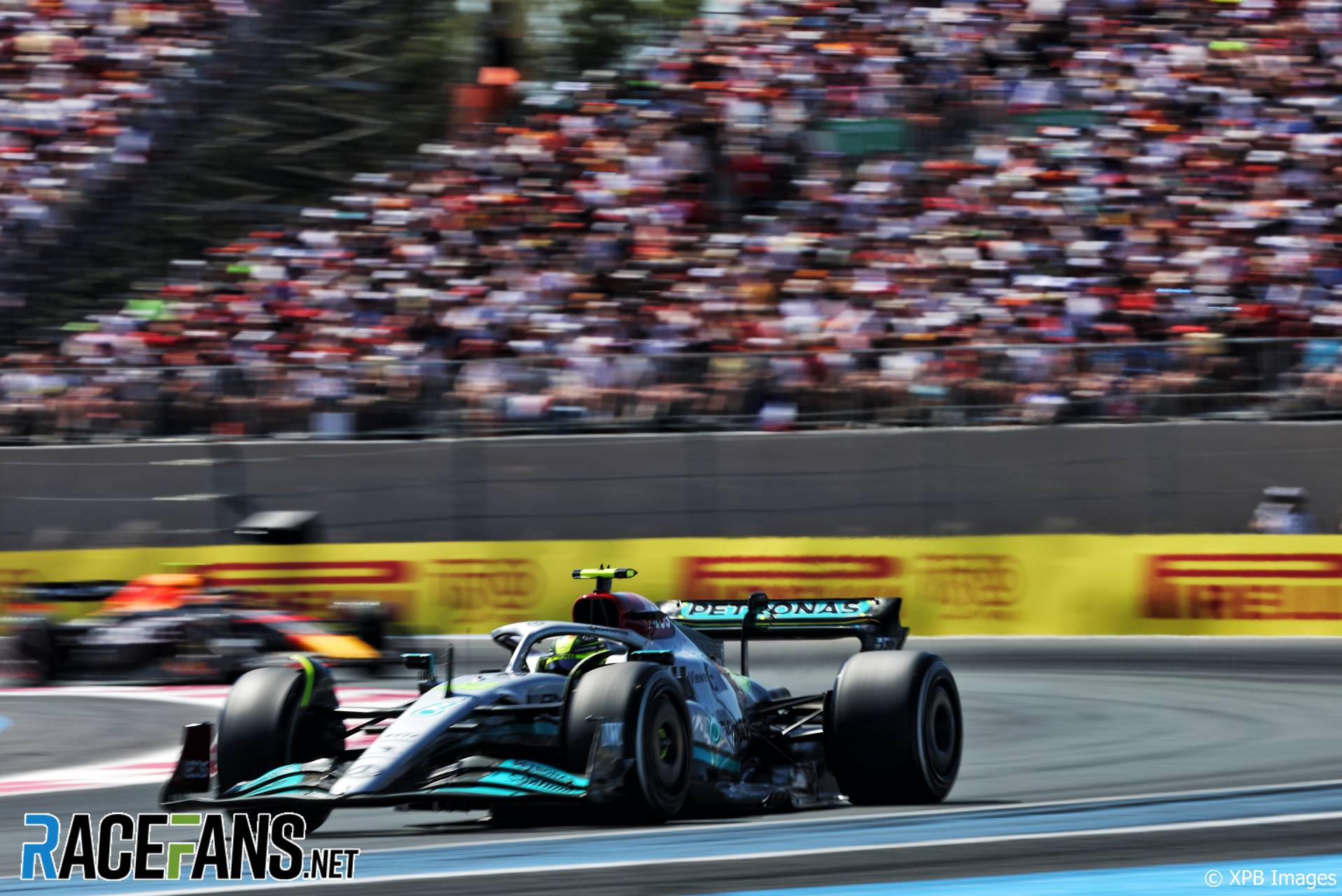 Lewis Hamilton‘s drinks bottle system failed during a French Grand Prix that was among one of the hottest races of the season.

Much of Hamilton’s race was relatively lonely, running ten seconds behind Max Verstappen after the Safety Car and with Perez unable to catch back up to him. However, Hamilton said that it had been a physically gruelling 53 laps under the intense sun in southern France.

“It was a tough race because my drinks bottle didn’t work,” Hamilton explained. “What a great result, considering we’ve been so far off these guys all weekend.

“Reliability is one thing that my team’s been amazing at so huge congratulations to the teams back at the two factories, the team here who without them we couldn’t get this podium and George did an amazing job today as well.”

Hamilton, who looked visibly exhausted and briefly laid down on the floor of the cooldown room before the podium celebrations, said that he had likely lost significant levels of fluid due to the heat inside the car.

“I didn’t see my weight just now, but I would imagine probably around three kilos [lost],” he estimated. “So, yeah, it’s enough. I’m looking forward to downing the rest of this drink.”

Ambient temperature sat at 30C during the grand prix, with track temperatures in the mid 50Cs and steadily rising during the race. Hamilton’s team mate Russell also admitted that he had struggled physically with the demands of the conditions, saying he was “absolutely sweating,” immediately following the race.

“I’m a bit knackered now, it was a long race, a tough race,” Russell said.

“The pace was strong but we really struggled with the warmup on that restart and Checo was all over me. But I was glad to see that chequered flag and come home P3.”