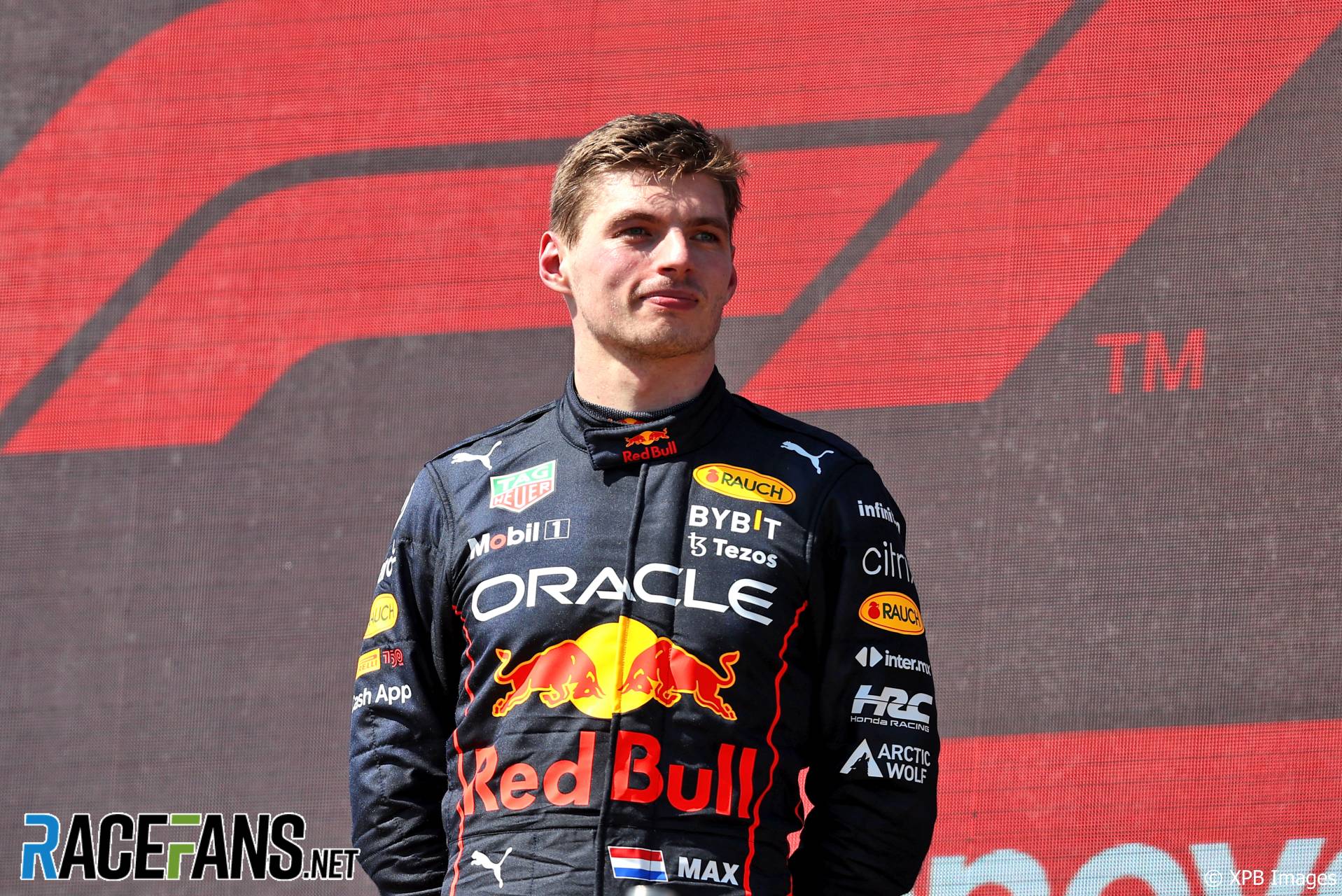 Max Verstappen says his lead at the top of the drivers’ championship standings is greater than it should be following his latest victory in France.

However he pointed out Ferrari had strong pace in France, where Leclerc ran competitively at the front and Carlos Sainz Jnr went from 19th to fifth.

“People are bringing upgrades and sometimes that also helps tyre degradation,” said Verstappen in today’s FIA press conference. “Today even with them sliding around a bit, they were still very quick in front of us. So it just shows that they have a very quick car.

“From our side we know that we have to find, especially over one lap, quite a bit of performance. But we’ll be working on it.

“It’s still very important to always score points even on a bad day, which we did in Austria. Of course the lead we have is great, but it’s probably a bit bigger than what it should have been when you look at the car performance between the two cars.”

Verstappen also expects the Hungaroring, the venue of next week’s race, will play to Ferrari’s strengths.

“It’s a great lead but a lot of things can happen and I just want to stay focussed,” he said. “We need a lot more good results. We still need more one-lap pace.

“Also the next race is Budapest, I think that’s going to be a bit more of a struggle for us where I think Ferrari is going to be really, really quick. But we’ll see. Again, it’s all about scoring points every single race, even when it’s not your day.”

Red Bull took useful lessons from the last race in Austria, where they fell behind Ferrari during the race, which improved their performance this weekend, said Verstappen.

“We learnt a lot from that weekend,” he said. “I think this weekend was a lot more competitive in the race.

“But we had pole in Austria and here we didn’t and I think we we have still quite a bit of margin to improve with the car. We just need to keep on working, keep on trying to understand our little weaknesses and try to make them stronger.”