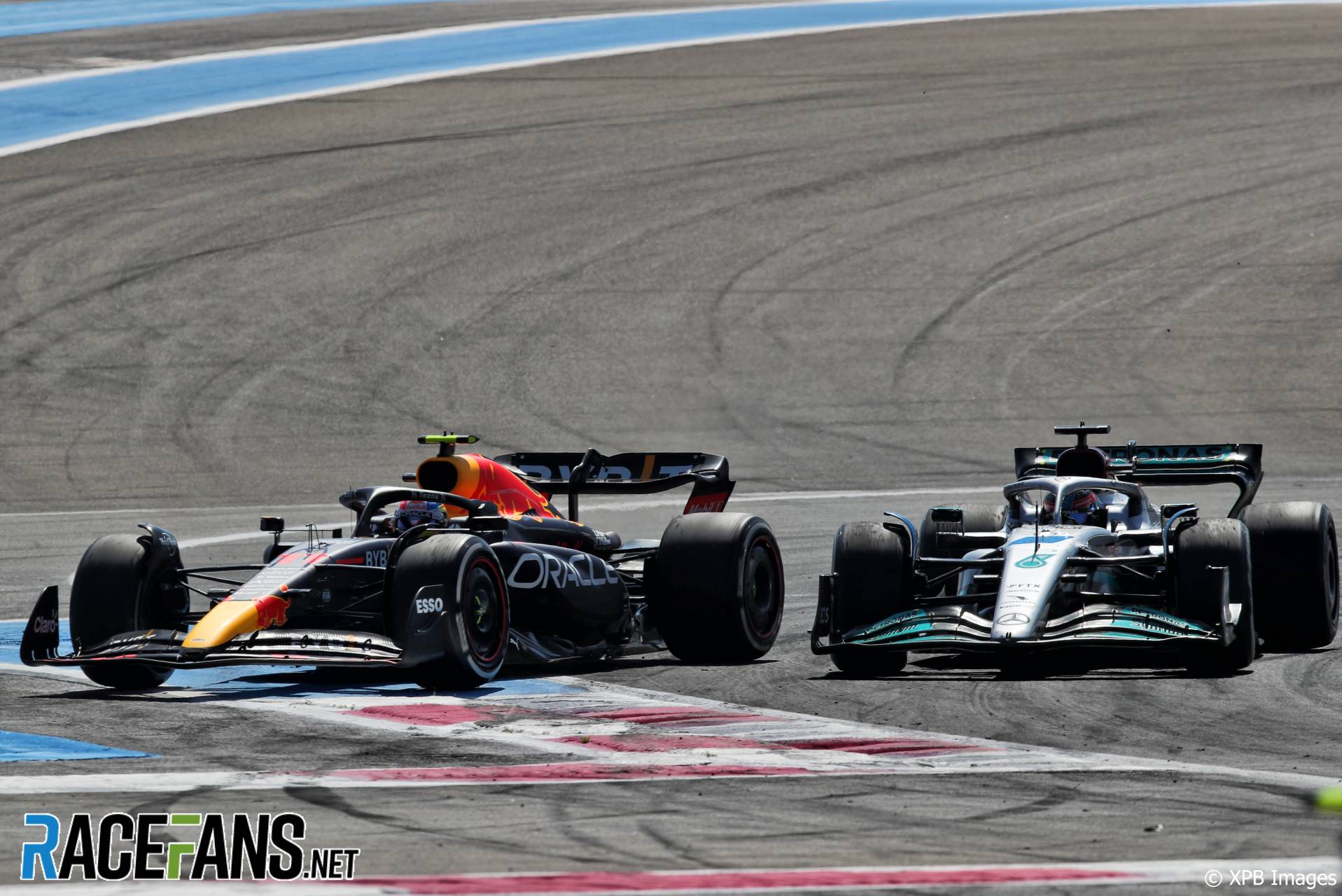 Mercedes team principal Toto Wolff said he spoke to George Russell on the radio during the French Grand Prix to urge his driver to drop his complaints over an incident with Sergio Perez at the Mistral chicane.

Russell complained vociferously that Perez had left the track at turn eight after the Mercedes driver tried to pass him at the inside of the corner.

“Emotions were high then, obviously for all of us, because I felt like I did a mega-move on Checo and ultimately didn’t get to keep the position and we definitely had a bit more pace there,” Russell explained when asked by RaceFans.

Wolff told Russell to “keep your head down” during the exchange after the team indicated to him they did not believe Perez would be required to give up the position. The driver said he appreciated the messages from Wolff, who tends not to speak directly to his drivers during races.

“I quite enjoyed hearing Toto on the radio,” said Russell. “We’re in this together as a team.

“When you’re sat in the car, sometimes you do feel a bit alone, because we’re in the car, we’re doing everything we can, and you don’t know what the engineers are looking at. The engineers don’t totally feel what we’re feeling within the car. Sometimes having these exchanges brings it a little bit closer together.”

Wolff said he spoke to Russell to focus his mind on finding a way past Perez on the track.

“I felt that he was a little bit stuck in the loop of being upset about the situation. Obviously, as a driver, you’re in your little cockpit and I felt that he had the pace, he just needed to drop the upset-ness and concentrate or whatever.”

Wolff first spoke to Russell after his initial complaint about Perez:

After another lap behind Perez, Russell continued his complaints and Wolff spoke to him again: