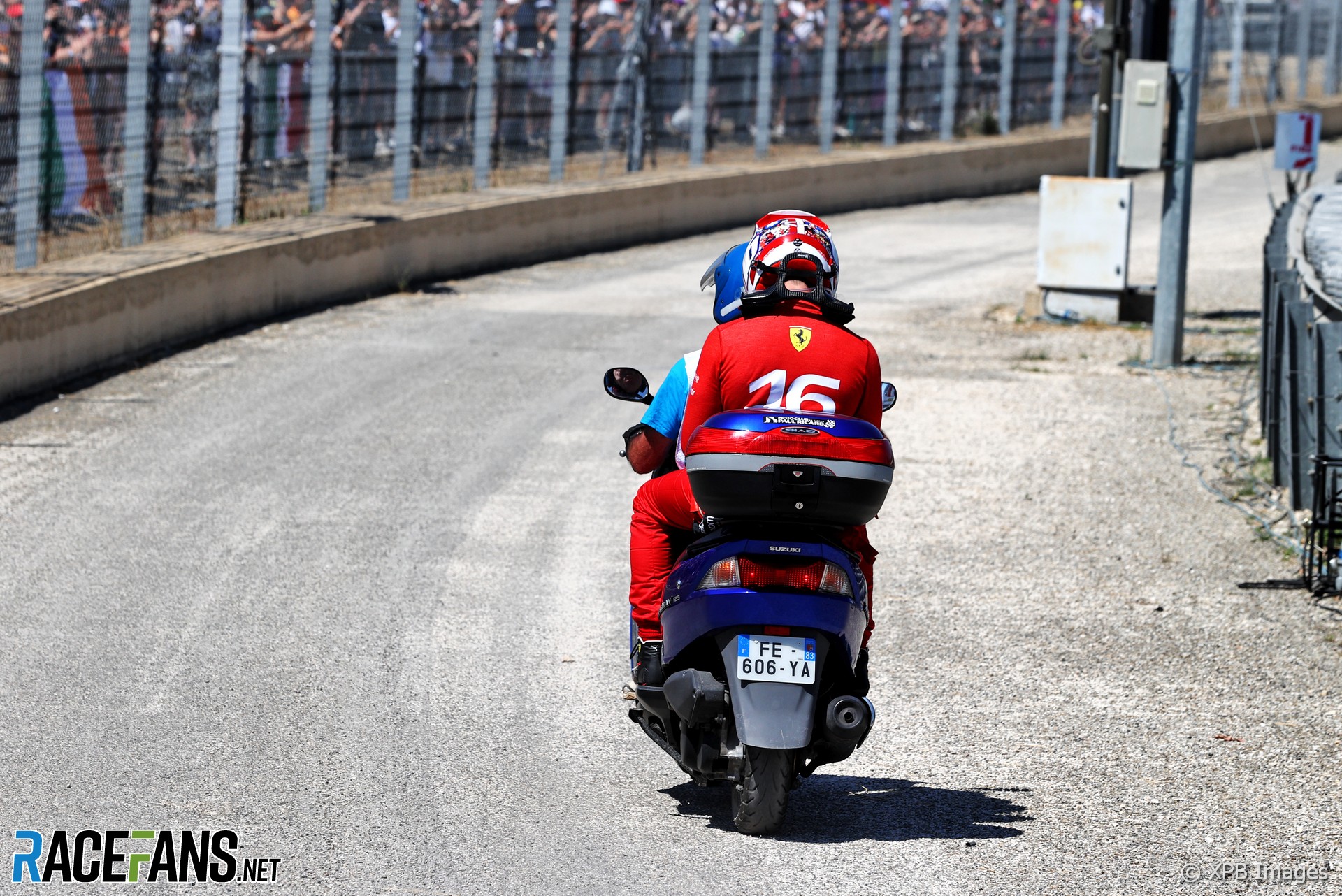 Charles Leclerc has fallen so far behind in the title fight he could win all of the remaining races – including the sprint event in Brazil – yet still lose the championship.

Even with 10 rounds still remaining, Leclerc’s 63-point deficit means he can’t rely on winning every time to beat Verstappen. If the Red Bull driver takes second in all the remaining races, including the Brazilian Grand Prix sprint race, and nabs the bonus points for fastest lap, even a Leclerc clean sweep won’t make the Ferrari driver champion.

This may not be a realistic scenario, but it illustrates how far Leclerc has fallen behind in a championship since his lead over Verstappen peaked at 46 points three races in. In the nine races since, the points swing against Leclerc has been a whopping 109 – he’s lost over 12 points to Verstappen on average each time out.

The weekend began promisingly for Leclerc: The driver of car number 16 took the 16th pole position of his career, giving him as many as Stirling Moss, Felipe Massa and Verstappen.

It was Ferrari’s first pole position in the French Grand Prix since Kimi Raikkonen’s in the 2008 event at Magny-Cours. Ferrari’s last pole position at Paul Ricard was scored by Nigel Mansell in 1990, the last grand prix at the track before it returned to the schedule in 2018.

Verstappen scored his second consecutive French Grand Prix win. It was the 27th victory of his career, giving him the same number as Jackie Stewart, a previous holder of the record for most grand prix wins.

This is the sixth time Verstappen won a race that Leclerc start on pole position. While Verstappen has converted 11 of his 16 pole positions into victories Leclerc, has taken just four from the same number of poles. Remarkably, of the races where Leclerc took pole position, he has won less often than Verstappen:

Lewis Hamilton (remember when it felt like every instalment of Stats and Facts began with six paragraphs on him?) achieved his best result of the season so far with second place, and took his fourth consecutive podium finish. It was a decent way to mark his 300th career start.

He is the sixth driver to reach that milestone. Rubens Barrichello was the first, joined later by Michael Schumacher, Jenson Button, Fernando Alonso and Raikkonen. The latter’s record for starting the most races – 349 – should fall to Alonso at the Singapore Grand Prix.

Hamilton is unique among his fellow ‘300 club’ members in having started the race in every grand prix weekend he has participated in. At least, as far as anyone can be said to have ‘raced’ at Spa last year…

Have you spotted any other interesting stats and facts from the French Grand Prix? Share them in the comments.