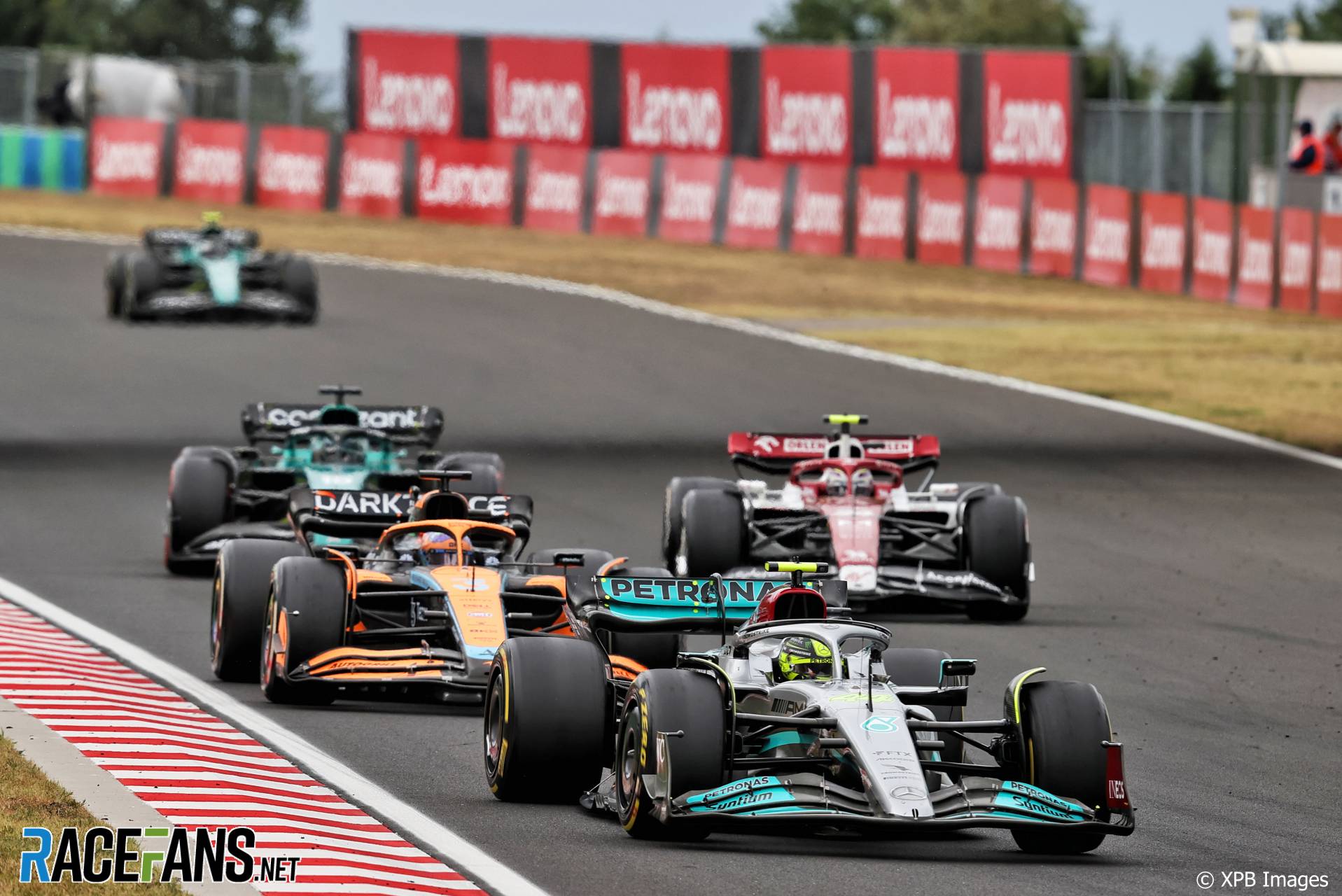 Lewis Hamilton could have been in a position to win the Hungarian Grand Prix if a DRS fault hadn’t compromised him in qualifying yesterday, says Mercedes team principal Toto Wolff.

The DRS flap on Hamilton’s Mercedes failed to activate during his final qualifying run on Saturday, leaving him seventh on the grid. Team mate George Russell, who did not have the same problem, took pole position.

Hamilton gained ground on Russell during the race and passed him for second in the final laps. He finished 7.8 seconds behind Max Verstappen, who qualified 10th.

“With Lewis, I think without us screwing up with the DRS yesterday I think he would have raced Max for the victory,” said Wolff. “But ‘would’ doesn’t count in this sport, it wasn’t the fact that I’m just sorry that we weren’t able to be in that position.”

Wolff admitted Hamilton might have qualified higher than seventh if he hadn’t abandoned his final run in Q3 after his DRS failure. He was running on new tyres at the time and had set his only previous time in the session on used rubber.

“But I can understand that the moment you realise you’re three-tenths down exiting sector one, the frustration is just big and you know you’ve just thrown it away. So the mistake is 100% on the team side for having had that technical glitch. The DRS shouldn’t fail on the last lap of qualifying and maybe that cost him the win today.”

Despite having finished with both cars in the top three for the second race weekend in a row, Wolff remains cautious over the team’s potential in the coming races.

“I think we need to be careful that it’s not specific to Budapest that we just landed in the perfect window,” he said. “Also because the other teams, Ferrari especially, yesterday complained about the tyre not being where it should have been.

“So in my personal opinion, we are still lacking to the front-runners, you’ve seen today that Leclerc on the right tyre is still a dominant force, but at least we are in the same race.”