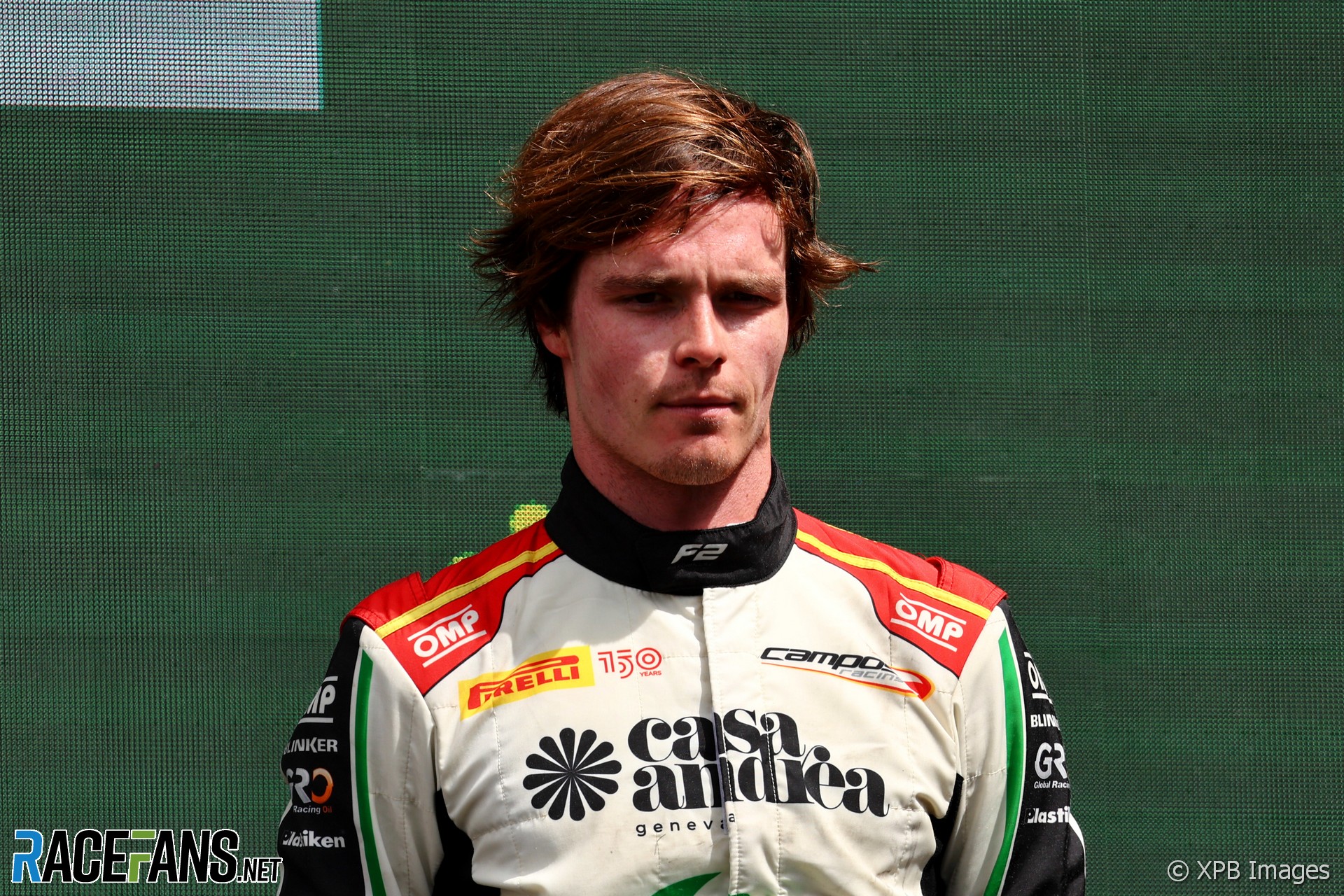 Ralph Boschung will be back on the Formula 2 entry list this weekend, as the injured driver returns to Campos Racing’s line-up at Spa-Francorchamps.

A neck injury Boschung picked up early in the season led him to withdraw from three rounds mid-weekend. He made it as far as qualifying twice and on one occasion was only able to run in practice before pulling out.

Boschung has been suffering from severe facet syndrome, a degenerative arthritis-like condition which affects the bones in his upper spine.

As a result he has missed the last three race weekends. Roberto Merhi has taken his place in recent rounds, but the former Formula 1 driver is due to compete in a Super GT race in Japan this weekend.

Campos has already enlisted another stand-in driver, Lirim Zendeli, to take the place of Boschung’s team mate Olli Caldwell, who is serving a ban this weekend. As a result, Boschung will attempt another return.

“It’s good to be back,” he said. “It’s been the toughest times of my career lately but I’m happy I can try to race again in Spa.”

It remains a possibility that Boschung may be forced withdraw mid-event again should he suffer too much pain from his neck.

“Of course, I will know once I drive how the neck will react so I will remain cautiously optimistic,” he continued. “Campos Racing deserve great results as we have shown [at the] beginning of the season so I will do my best in order to achieve this.”

Boschung stood on the feature race podium at Imola and Merhi nearly won on his F2 return at the Red Bull Ring feature race. Despite both drivers having only raced part-time this year, they both sit above Caldwell in the standings as the rookie has only scored once.