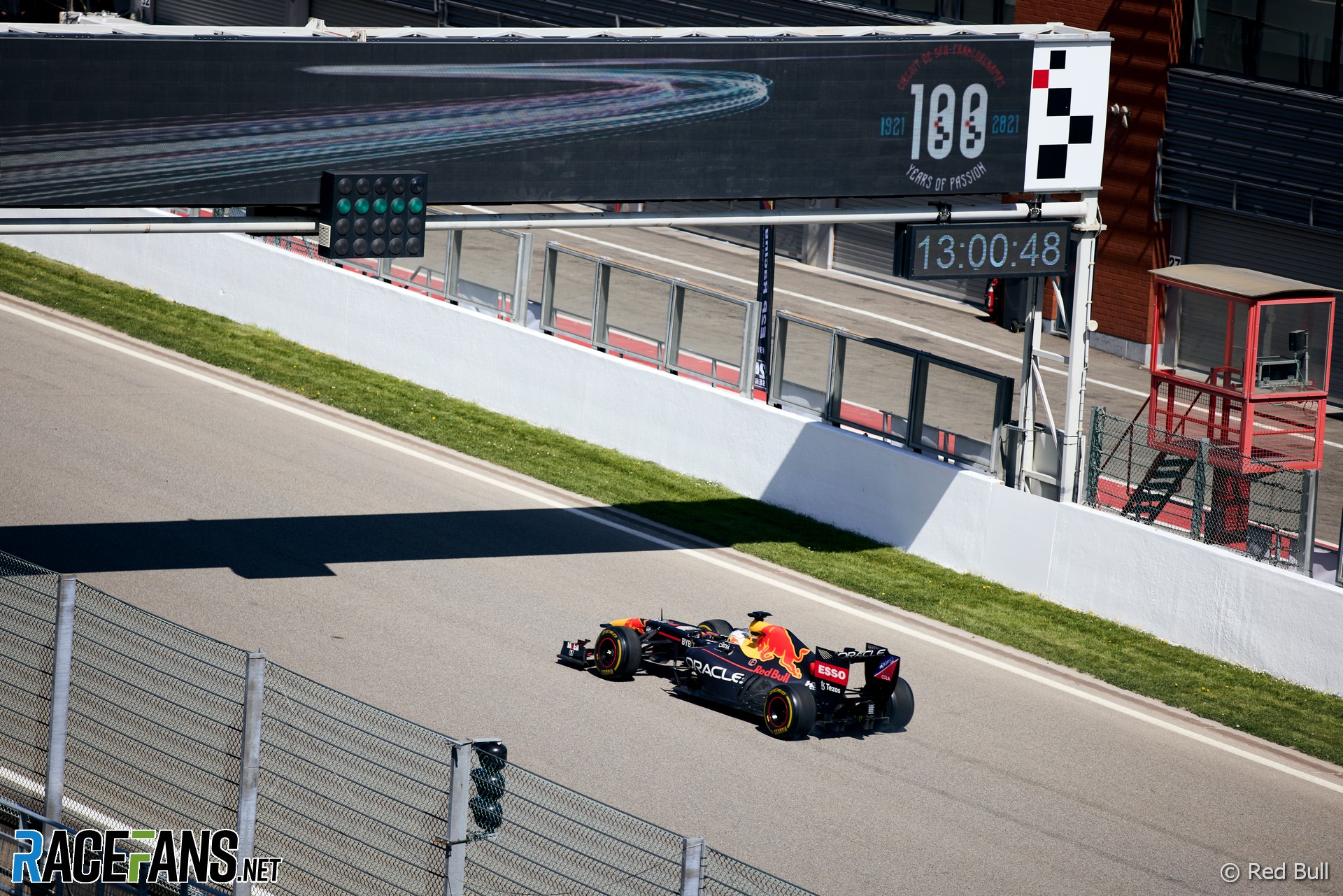 Max Verstappen had the opportunity to explore the refreshed Spa-Francorchamps at the wheel of a Formula 1 car ahead of this weekend’s race at the Belgian track.

Extensive renovations have taken place at the circuit since last year’s grand prix. While the track layout remains unchanged, substantial sections of the track have been resurfaced, altering its grip level.

The run-off areas have been extended at several points on the high-speed circuit to contain crashes more safely, and gravel traps have replaced asphalt run-offs at La Source, Bruxelles and other corners.

The world champion and points leader lapped the circuit for a promotional video released by Red Bull today. He drove a Red Bull-Renault RB7, which Sebastian Vettel used to win the world championship in 2011, repainted in the team’s current livery.

“It’s my favourite track because there are a lot of fast corners and the elevation changes as well throughout the whole layout,” said Verstappen. “It’s just really amazing to drive.”

While the testing of current and recent cars is tightly restricted, F1 teams are permitted to run cars built to pre-2019 technical regulations with minimal limitations.