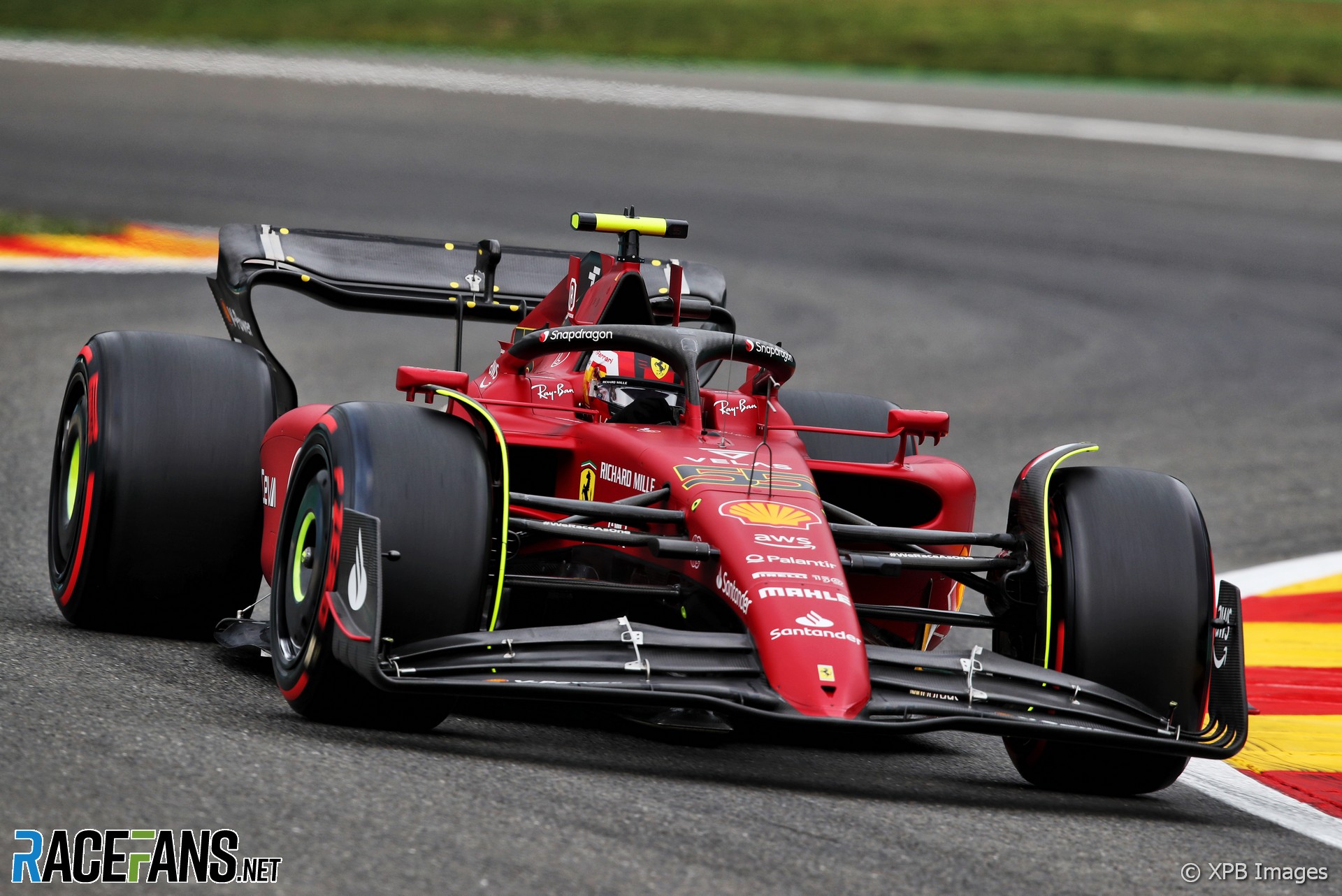 Carlos Sainz Jnr topped the times ahead of Ferrari team mate Charles Leclerc during a first practice session which was interrupted by a red flag and ended in a rain shower.

Sainz’s best time of a 1’46.538 saw him go fastest of all, 0.096s faster than Leclerc and two tenths quicker than Max Verstappen. Late rainfall prevented many drivers from improving their best times in the final 20 minutes of the session.

The circuit was slightly damp due to light spitting of rain before the session begin, leading to a handful of cars venturing out on intermediate tyres when the pit exit lights shone green. However, it quickly become clear the track was more than dry enough for slicks, and drivers switched less than five minutes into the session.

Verstappen had to take avoiding action in the pit lane when Nicholas Latifi was released in front of the Red Bull driver as he made his way towards the pit exit. Verstappen cut inside of the Williams to get by and the stewards noted the incident, but determined that no further investigation was necessary.

Esteban Ocon radioed in to report his Alpine was pulling to one side on his first run, leading to him returning to the pits for his team to assess his car. Verstappen set the early pace with a 1’46.755 on the soft tyres, ahead of Sainz and team mate Sergio Perez.

Zhou Guanyu complained about his helmet lifting up during driving, while Leclerc told his Ferrari team to be ready to remove parts they had added to his driving seat. Liam Lawson, who stepped in for Pierre Gasly for the session, enjoyed some laps on the hard tyres, but was the slowest of all drivers to set a time.

Sainz improved to go quickest of all on the softs with a 1’46.538, almost one-and-a-half tenths faster than Verstappen, with team mate Leclerc also improving to go into second place ahead of the Red Bull.

With just over 20 minutes remaining, Kevin Magnussen pulled off to the side of the track after appearing to suffer a problem with his Haas’s Ferrari power unit. The session was red-flagged with a delay of around 10 minutes as Magnussen’s car remained electrically active and had to be made safe before it could be recovered.

When the session restarted, the rain began to fall. Drivers quickly had to abandon their laps as the rain fell heavily over the back half of the circuit, making slick tyres unusable and ensuring that no one would improve their best time in the final minutes.

Despite the rain, some teams including McLaren, Alpine and Haas chose to send their drivers out for reconnaissance laps on the intermediate tyres. The chequered flag flew on the hour, meaning that Sainz would end the opening session of the weekend quickest of all.