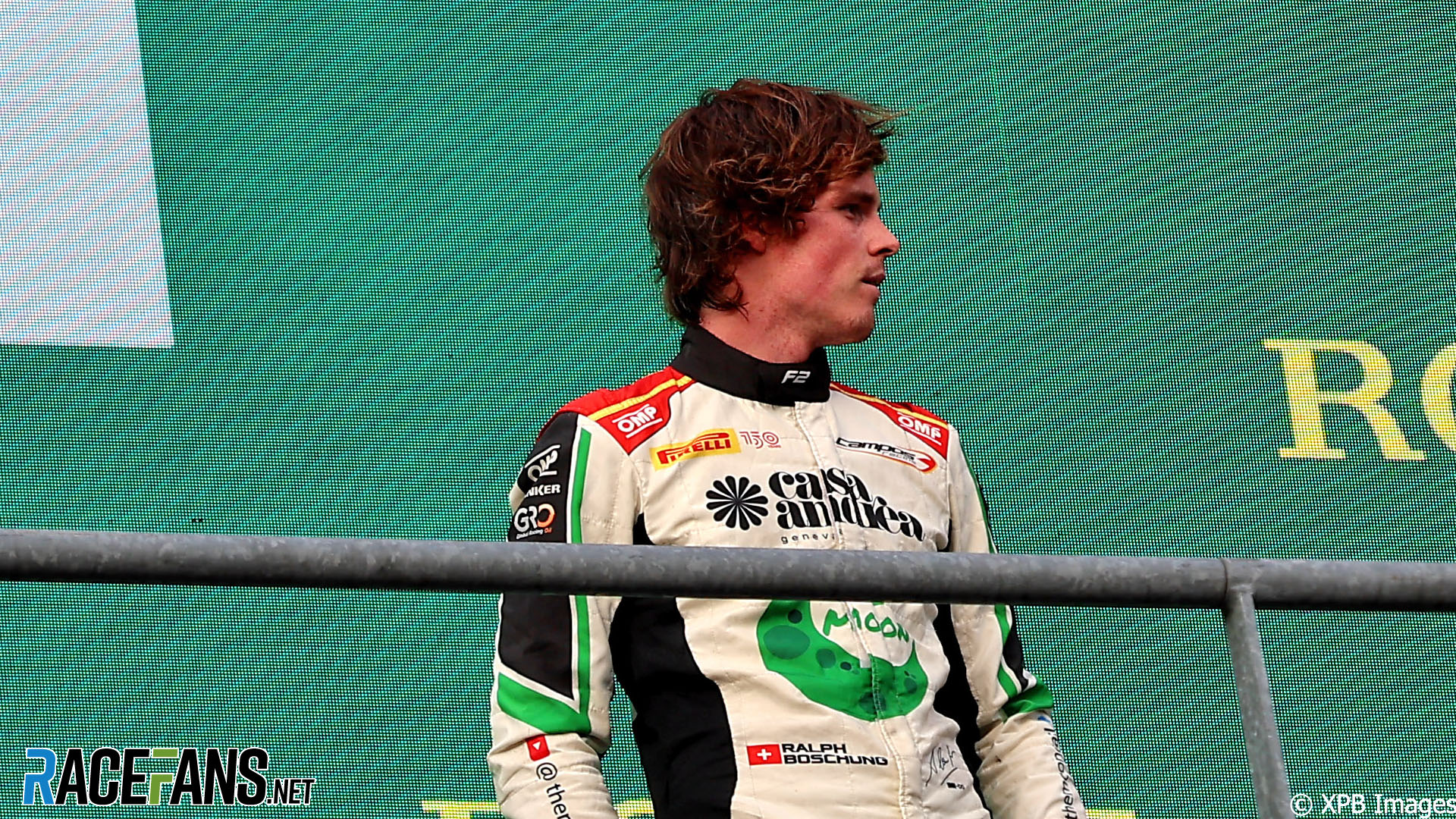 Formula 2 driver Ralph Boschung revealed he returned to the series two weekends earlier than advised, while recovering from a neck injury.

The Campos driver started his first race since the Baku round in June today. He previously withdrew from the feature race in Barcelona, then missed Monaco altogether, raced in Baku and entered the Silverstone round but again withdrew before the races. He did not appear at the Red Bull Ring, Paul Ricard and Hungaroring rounds.

He returned this weekend at Spa. This is the first of three consecutive F2 race weekends, including events at Zandvoort and Monza.

Boschung has been suffering with facet syndrome, a severe spinal condition in which vertebrae grind against each other, causing bone and potentially nerve damage.

“Since Silverstone, when I really took the decision to completely stop, with the doctors, which was the right call, it was very tough because I had to stop taking medications. Whenever I was racing, I obviously took a lot of painkillers, which kind of masked the reality of the state of the neck.

“As soon as I stopped that, it got obviously very bad and just everyday life was very difficult,” he admitted. “It’s really something that’s very difficult to explain but it’s just basically from morning to evening, you barely can move your head. You just have a lot of pain, you feel the tingling in the fingers and so on. So it’s very uncomfortable.”

He underwent several treatments a fortnight ago in order to accelerate the healing process and reduce inflammation. “I started really having some really good steps with my overall fitness and then I took the decision to make an evaluation with the doctors the week before to see if potentially I could make a comeback.”

He described the assessment as “kind of in between”, saying doctors had advised him to delay his return to racing. “They said it would be better to come back in Monza because they would fear that the triple header would be too much for the neck, definitely.

“Then I had a couple of discussions with the sponsors and so on and obviously I want to also try and talk about my future and it’s very difficult to do that if you’re not racing.

“So I took the decision to take a little bit the risk to come back to Spa. At the moment it pays off but obviously we’ll see after the weekend how the neck will be for Zandvoort.”

After taking pole position on the partially-reversed grid for the sprint race and finishing in third place, Boschung said he was “really happy” with his return to the podium. He said his neck problem did not affect him too much during the race.

“The pain is quite good, actually,” said Boschung. “It’s just my overall physical condition that’s pretty poor because since Silverstone I was actually not allowed to train. That was the procedure to really keep the neck as as smooth as possible, not to move it too much. And I also suffered a couple of infections, I had to take antibiotics and so on, so I couldn’t really do any cardio as well.

“So I kind of came in and jumped in the in a cold bath here. But yeah, the neck was pretty good.”