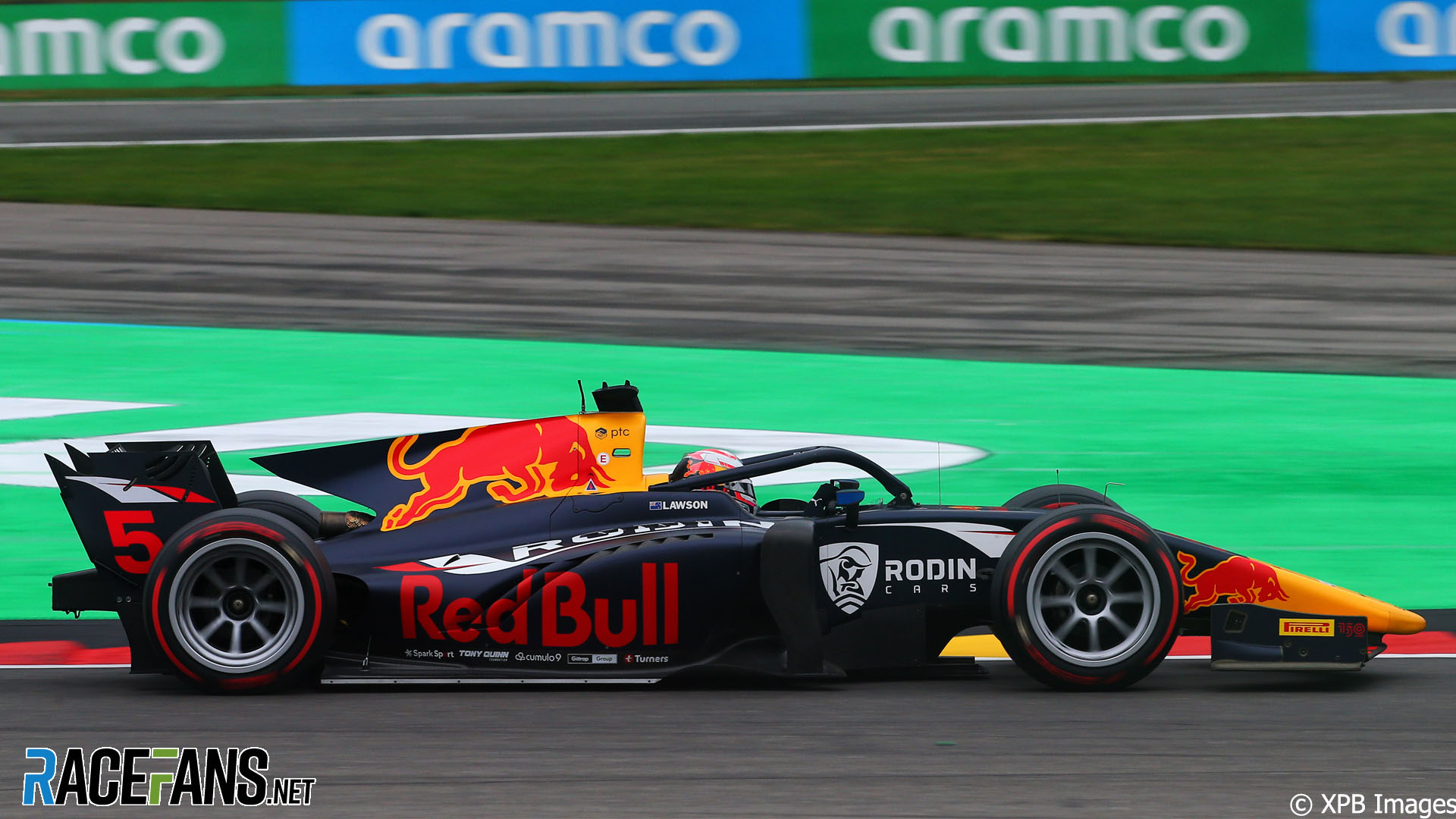 Red Bull junior driver Liam Lawson won the Spa Formula 2 sprint race from fifth on the grid as Felipe Drugovich moved further ahead of Theo Pourchaire in the title race.

Lawson made the most of an exceptional start to take the early lead which he held all race, while a late pit stop for soft tyres under Safety Car allowed Drugovich to move up to fourth place by the chequered flag.

Ralph Boschung had taken partially-reversed grid pole, with Jehan Daruvala set to line up alongside him. However, Daruvala failed to even get as far as the grid, having to pull off track on the lap from the support paddock. Title contender Theo Pourchaire started third, with Richard Verschoor in fourth, behind Daruvala’s empty grid spot.

Liam Lawson, starting fifth, made the best of the start and snatched second place into La Source. Pourchaire fell back as a consequence and found himself overtaken by Verschoor at the top of Raidillon. Lawson stuck with Boschung, overtaking him on the Kemmel Straight to take the lead on lap two.

The fairly processional race continued until Logan Sargeant lost control of his Carlin on the exit of Pouhon, spinning and hitting the barriers, prompting a Safety Car on lap 11. Championship leader Drugovich pitted from eighth to switch for soft tyres, coming back out in 12th position behind team mate Clement Novalak.

When the race restarted on lap 15, Novalak allowed his team mate by into La Source but Drugovich went off at Les Combes while attempting to pass Juri Vips and having to surrender a gained place back to the Hitech driver. Drugovich rapidly recovered, taking advantage of his soft tyres with just three laps left to go to begin moving up the order.

Lawson kept the lead, three seconds ahead of Boschung by the penultimate lap, who was himself a second ahead of third placed Jack Doohan. Behind them, however, Drugovich was unstoppable, moving up to fourth with an overtake on Pourchaire and then hunting down third place on the final lap.

Doohan overtook Boschung on the final lap but the Campos driver was able to stay ahead of Drugovich to the line, while Lawson took the flag with a commanding lead, almost four seconds ahead and also taking fastest lap.

Lawson’s win moves him from eighth to fifth in the championship, displacing fellow Red Bull junior Jehan Daruvala. Drugovich extends his lead over Pourchaire in the standings, now 25 points ahead, while Sargeant’s retirement leaves him trailing by 68 points in third.