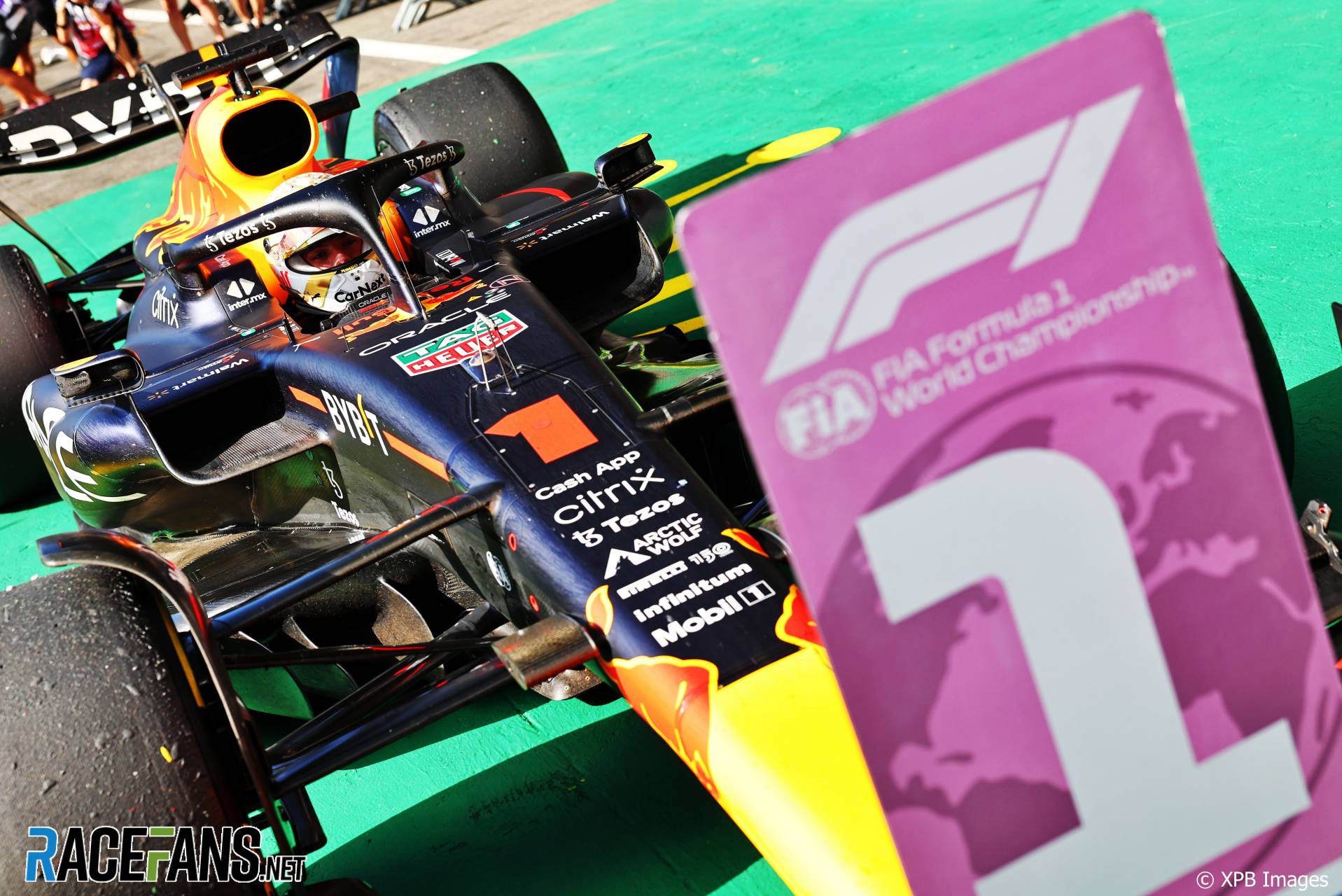 It spoke volumes of the performance advantage Max Verstappen enjoyed at Spa-Francorchamps that many were talking up his chances of victory before the race began while even knowing he would have to take a substantial grid penalty.

Sure enough, after lining up in 14th place on the grid (with one spot ahead left vacant due to Pierre Gasly starting from the pits), Verstappen duly scorched through the field and claimed the victory.

That followed up his win in the previous race at the Hungaroring, which Verstappen scored from 10th on the grid. Only once before in F1 history has a driver won two races in a row having started each from 10th or lower.

That driver was Bruce McLaren. Remarkably, his starting positions in the two races mirrored Verstappen’s closely.

The founder of the McLaren team won the final race of 1959 at Sebring from 10th place. Driving a Cooper, he claimed the lead on the final lap when Jack Brabham hit trouble. At the next race, the 1960 season-opener in Argentina, McLaren lined up 13th (Verstappen’s net starting position last weekend after Gasly’s pit lane start) and won again. These were his first of four career wins, his last the only one he took for his own team.

Verstappen took the 29th win of his career and his ninth this season. Before the race he played down his chances of matching or beating the record for most wins in a single year. However after his later win he can equal that record – 13, held by Michael Schumacher and Sebastian Vettel – if he wins half of the remaining eight races. His current hit rate is 64%, so the record is definitely on, especially if Red Bull’s pace last weekend proves the shape of things to come.

Although Verstappen was quickest in qualifying, his penalty meant pole position went to Carlos Sainz Jnr. This was the second of his career, putting him level with Stuart Lewis-Evans, Jo Siffert, John Watson (who won twice from 10th or lower over a three-race spell in 1982), Gilles Villeneuve, Michele Alboreto, Jean Alesi and Heinz-Harald Frentzen.

Charles Leclerc failed in his last-gap bid to wrest fastest lap from Verstappen, so the Red Bull driver collected the 20th of his career. That gave him as many as Nico Rosberg.

Sergio Perez backed Verstappen up in second place. That gave Red Bull their 21st one-two, also their fourth this year, and their third maximum score of the season. Ferrari opened their season with a highest possible score of 44 in Bahrain, but haven’t repeated it since.

Thanks to his strong qualifying performance Albon collected his and Williams’s third points score of the year. Team mate Nicholas Latifi, who came in 18th after spinning, remains the only driver to start every race who is yet to score a point.

Latifi’s spin forced Valtteri Bottas into retirement as he swerved in avoidance. That helped condemn Alfa Romeo, who are still sixth in the championship, to their fifth consecutive point-less finish.

Have you spotted any other interesting stats and facts from the Belgian Grand Prix? Share them in the comments.